Let's start with some pictures of snow! 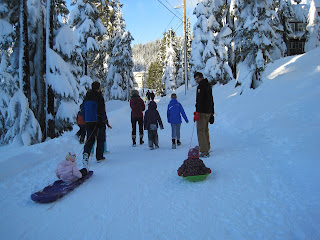 We've had lots of snow this winter. 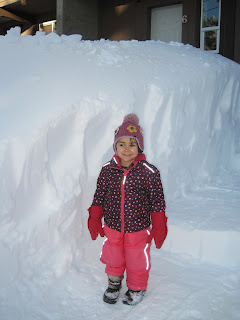 And Nikolai learned to ski. 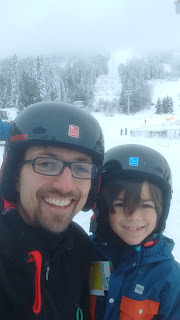 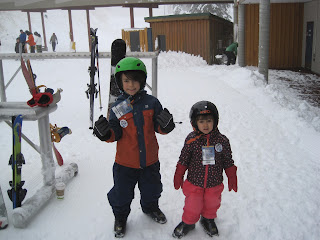 ... it was much less successful... I basically carried her down the hill, then she road up the magic carpet without her skis on. She then proceeded to crawl across the base of the mountain to the promised "apres-ski" hot chocolate that was included in the cost of her class (probably to appease all the parents who spent $30 on the class and rentals... because Uliana was one of the only kids in her ski lesson who didn't cry through the whole ordeal. Yea Team! Though I'm not saying that she was happy about it.) 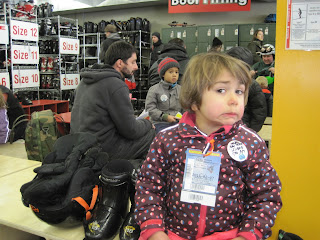 However, despite all of this snow... not a flake has dropped in Victoria.  In fact, if the cherry blossoms are any indication, spring has arrived!

Now, I'll end with an apology... I just can't seem to get to find the time to get to this blog! I think it's because I'm obsessed with my current writing project. It's a novel that I've been working on since September, and it would be apt to say that I eat, drink and sleep, thinking about the novel. In fact it takes effort to stop myself from getting up in the middle of the night to write! (Hopefully that indicates some inklings of "creative genius" rather than "needs medication".)
Posted by Emillie at 5:09 AM