And then we'll take it slow

We spent last week in a cottage on Pender Island.  Though the cottage had a number of visitors who rotated through, the kids and I got to relax and enjoy the scenery.

The cottage was primarily chosen because it was within walking distance of the ferry.  However, it also had access to some pretty spiffy amenities, including a pool! 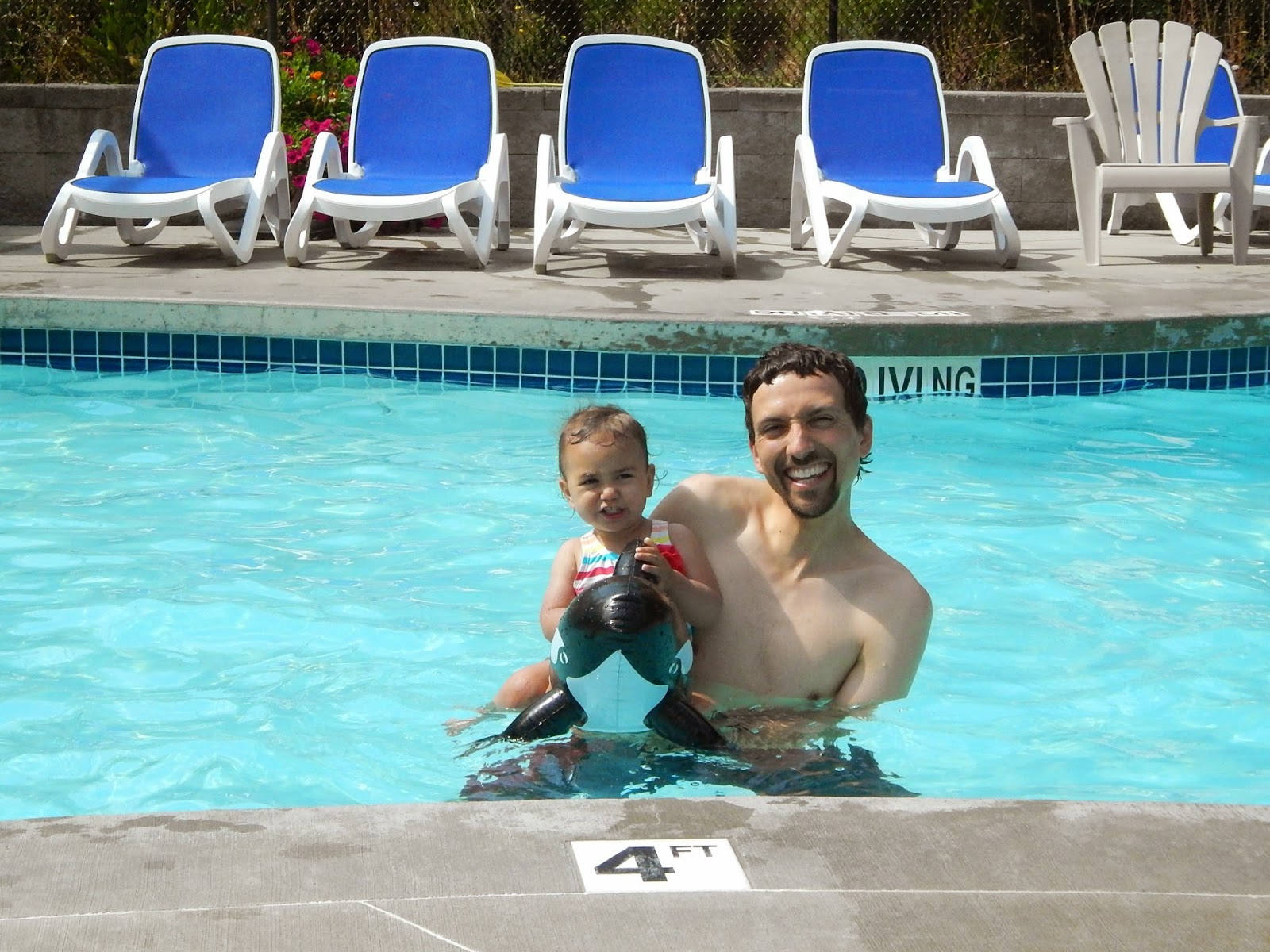 Claire and Colin also spent a few days at the cottage, and Brad found willing fishing companions in Colin and Nikolai. 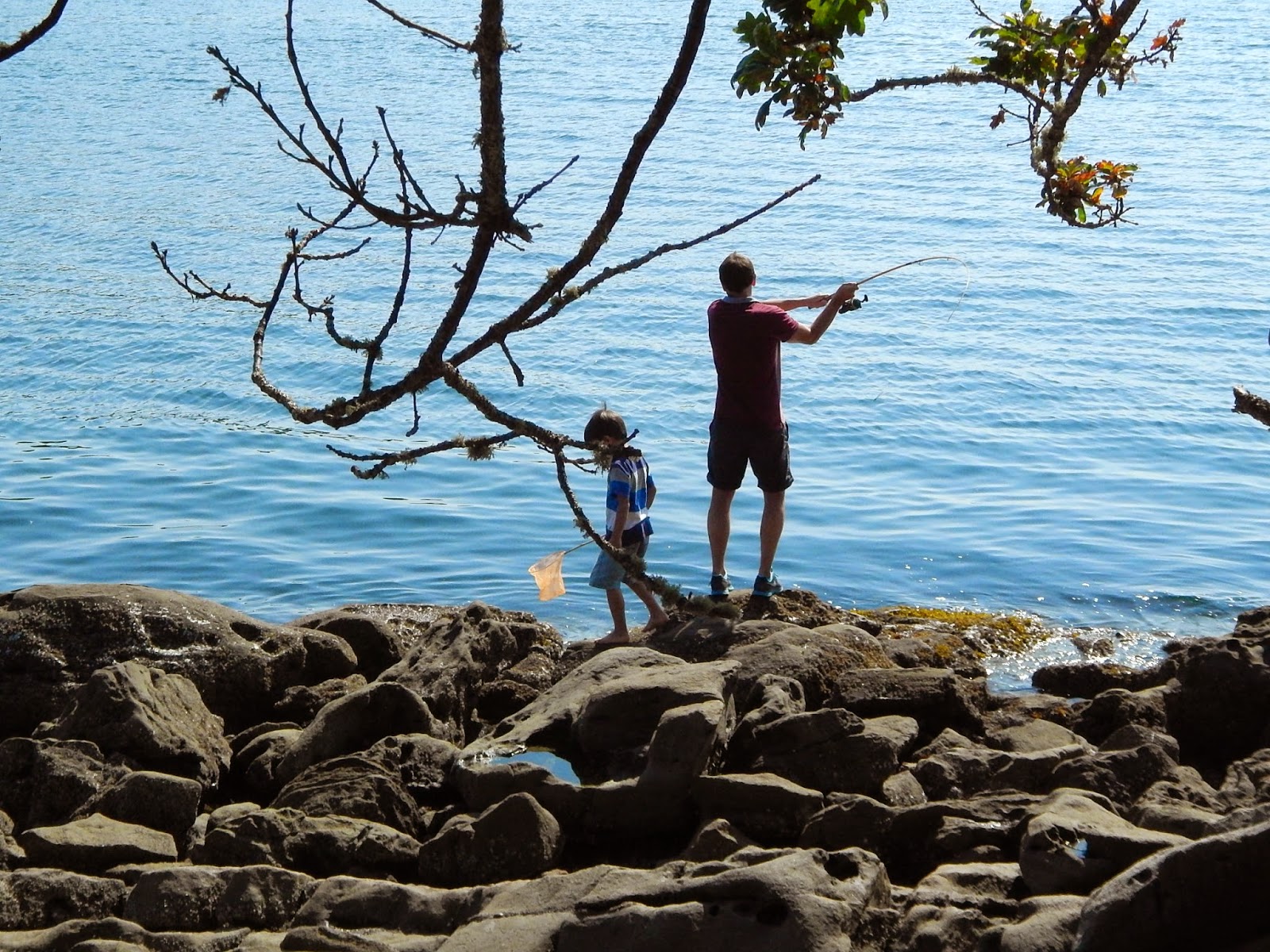 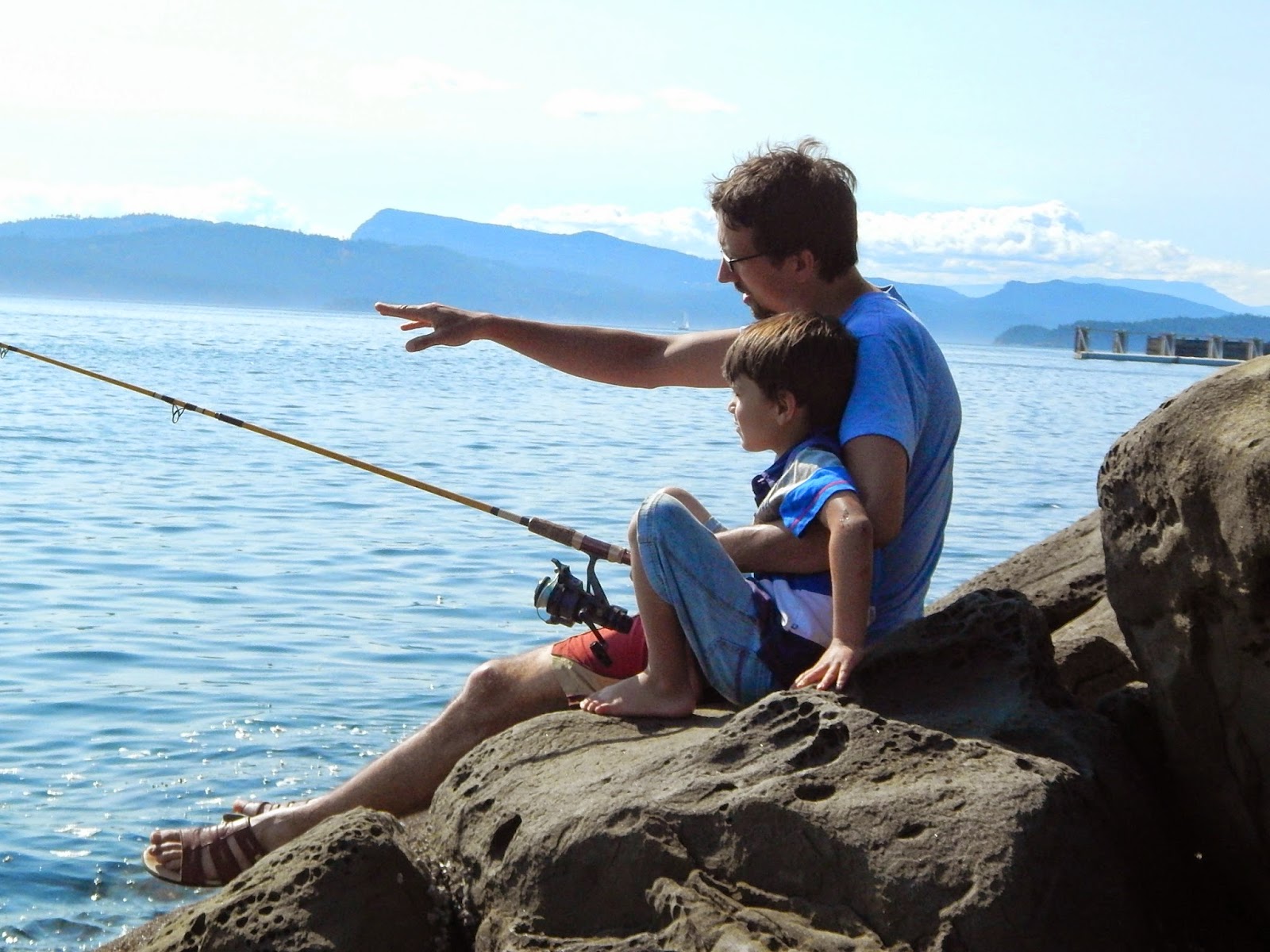 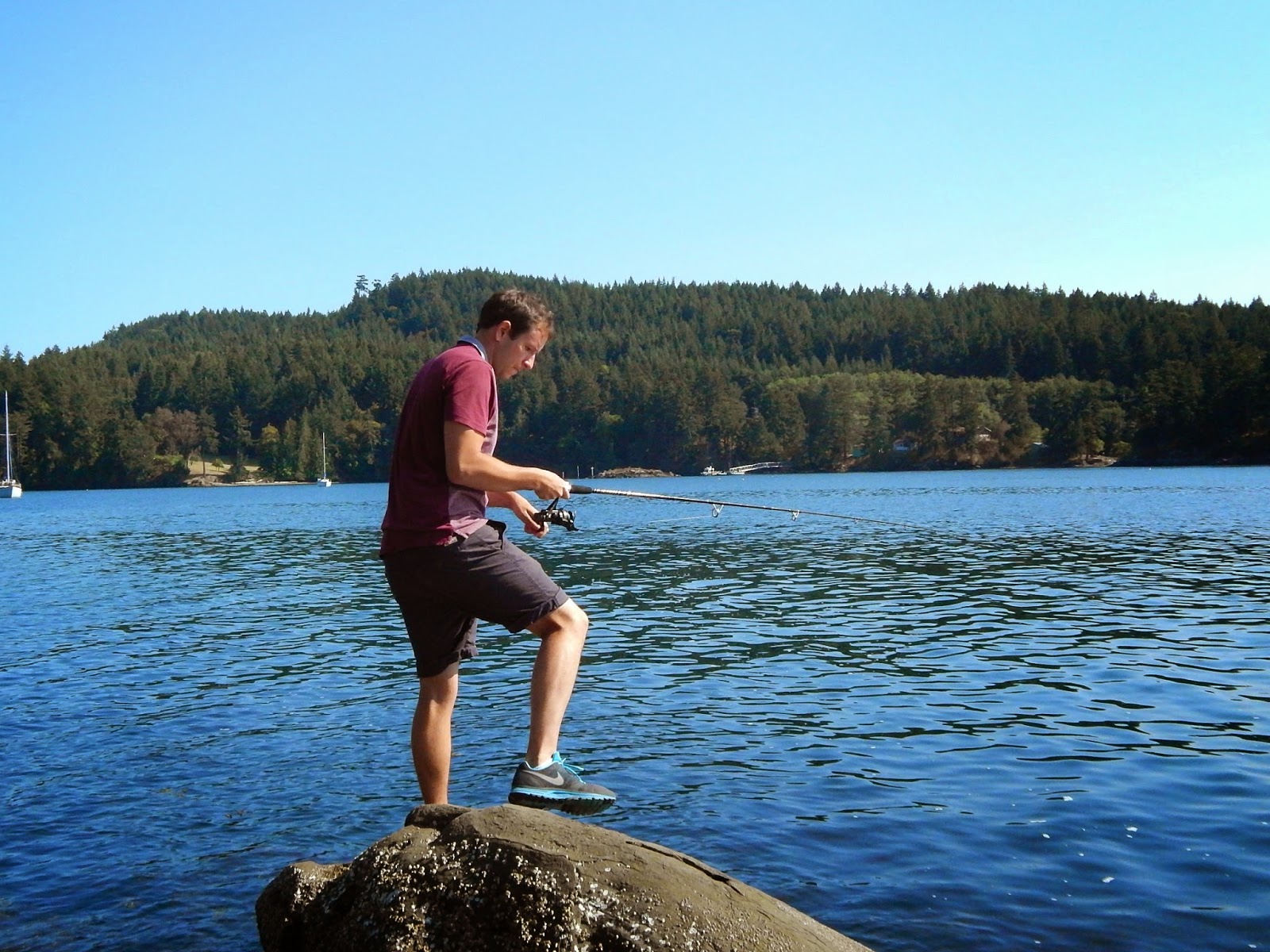 We ate a lot of amazing food.  Here's Brad's BBQ'ed pizza and my BBQ'ed peaches. 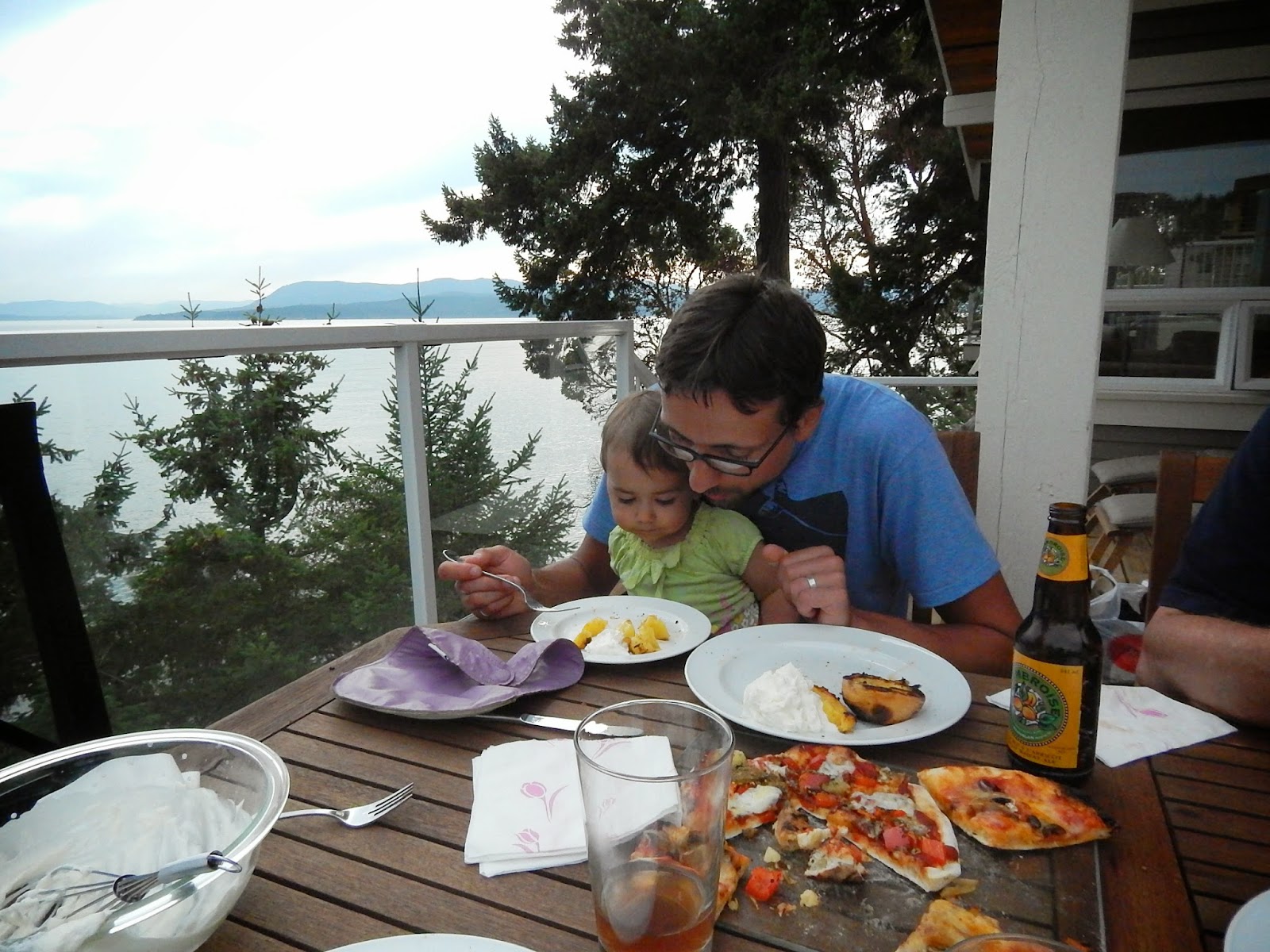 Summer is fast coming to a close, but we still don't know what is going to happen with school.  The teacher's strike is still on, and classes are unlikely to resume as scheduled next week...
Posted by Emillie at 7:03 PM No comments:

We spent the past week in Vancouver... the land of sushi, old friends, and family!  Like all our trips to Vancouver, we had a pretty jam-packed schedule of visiting people.  Thankfully Uliana is mostly over her 18 month shy period and she was happy to socialize with all the people we got to hang out with.

Here are a few of my favourite photos from the trip.  We went to The Spanish Banks. 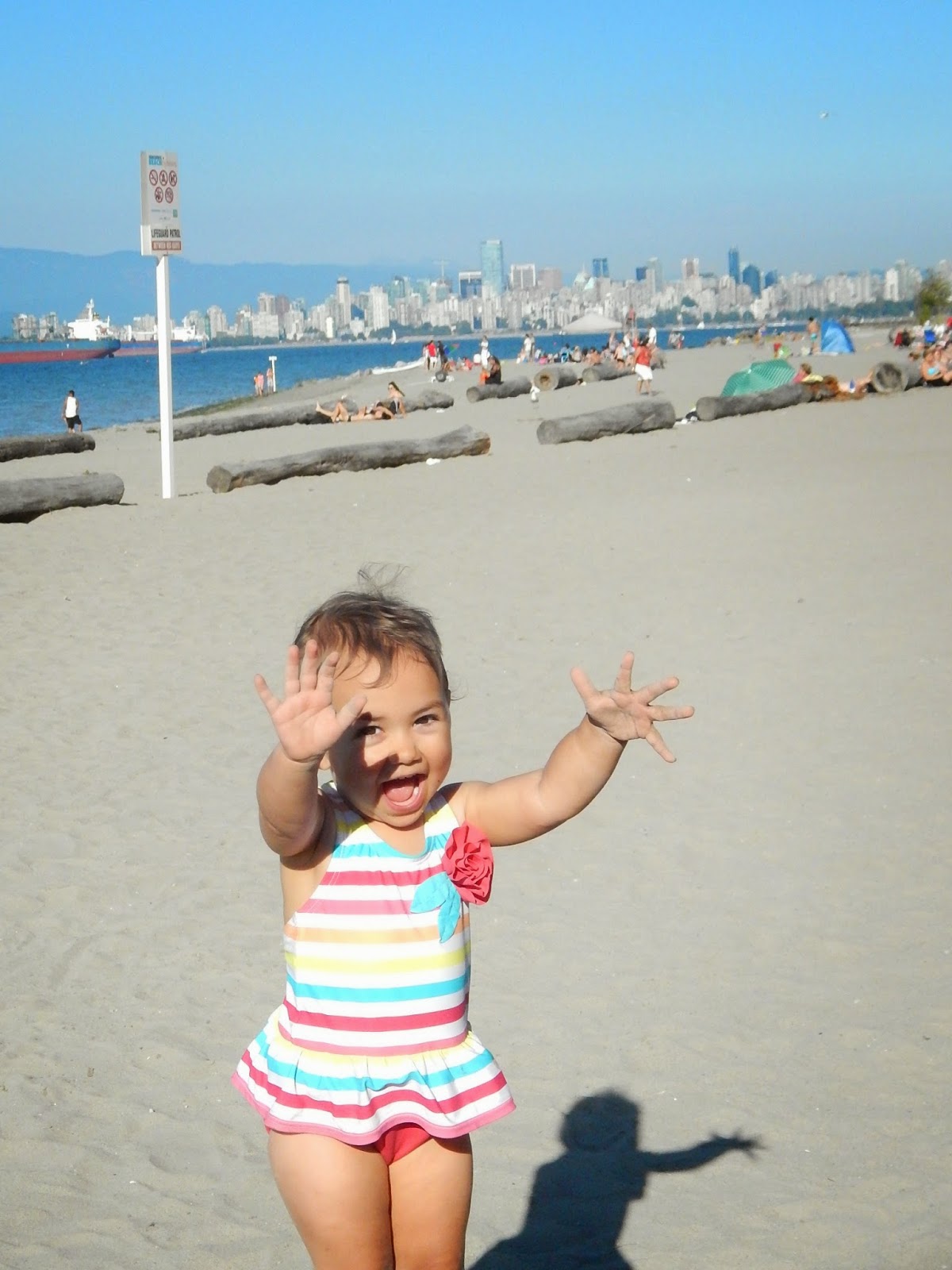 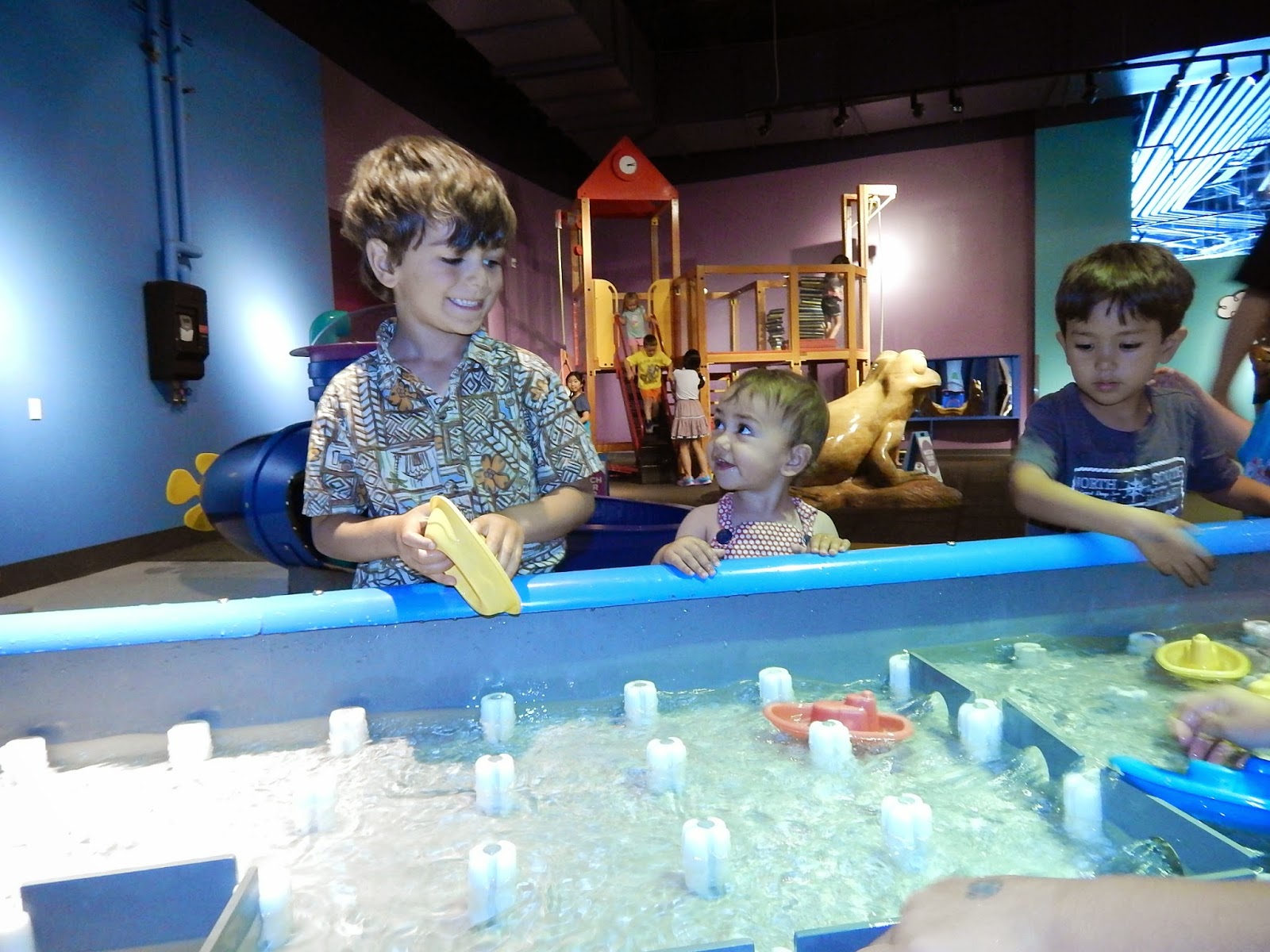 Nikolai even got to volunteer in one of the presentations. 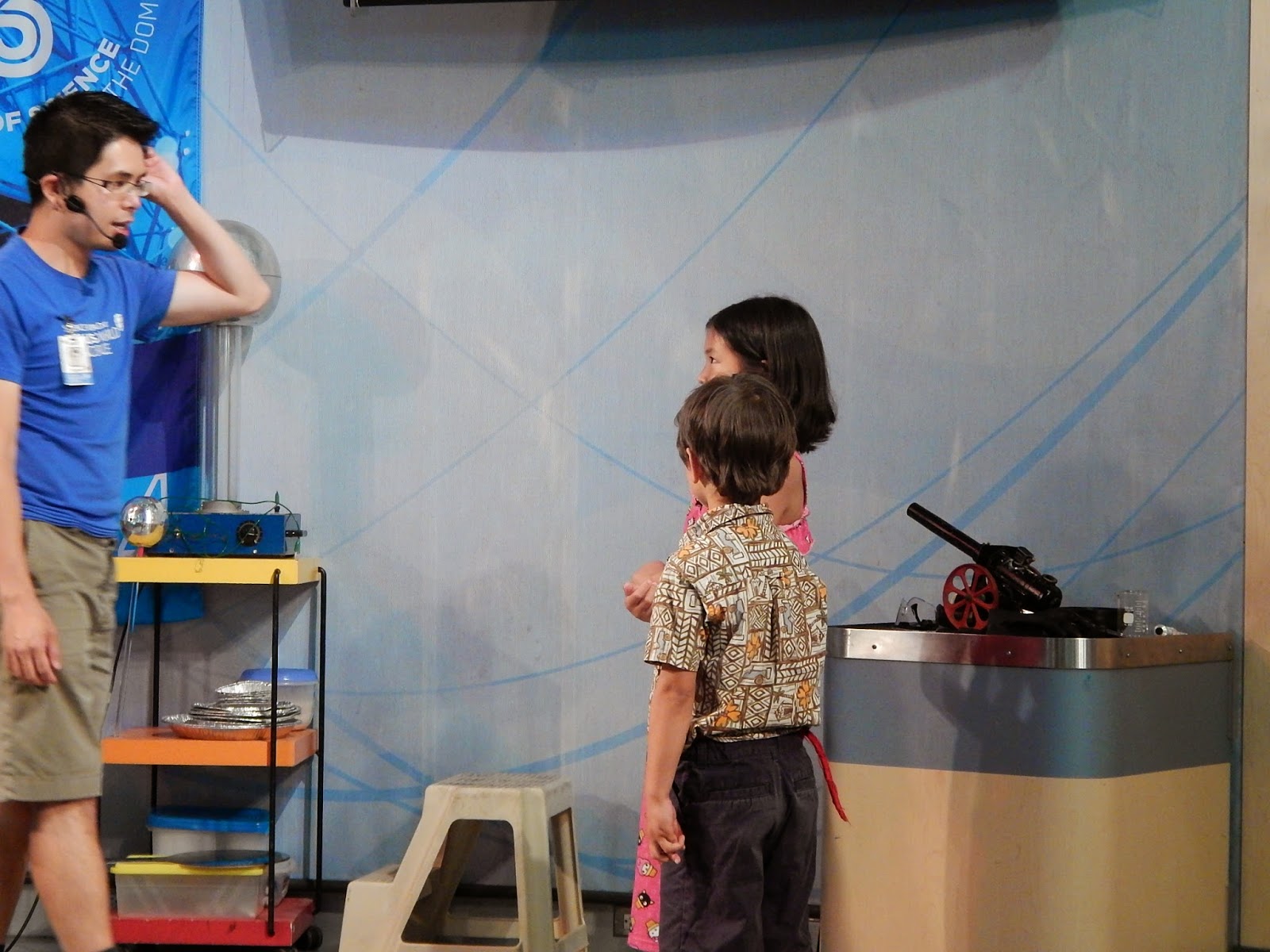 Then the batteries in the camera ran out... so no pictures of the kids enjoying sushi (twice), or the trip to the Aquarium, or any of the many other fun adventures that we had.  But I have a theory that all the best moments occur when there isn't a camera in our hands... and our trip was full of fantastic moments.
Posted by Emillie at 8:22 PM No comments:

Let's do it again!

We loved camping on Saltspring Island so much when we went in June, that we decided to do it again!

This time we brought Auntie Claire and Colin.  We also brought Brad, which meant a much higher child-to-adult ratio and generally made for a more relaxing trip.

So we toured the Saltspring Island Cheese dairy. 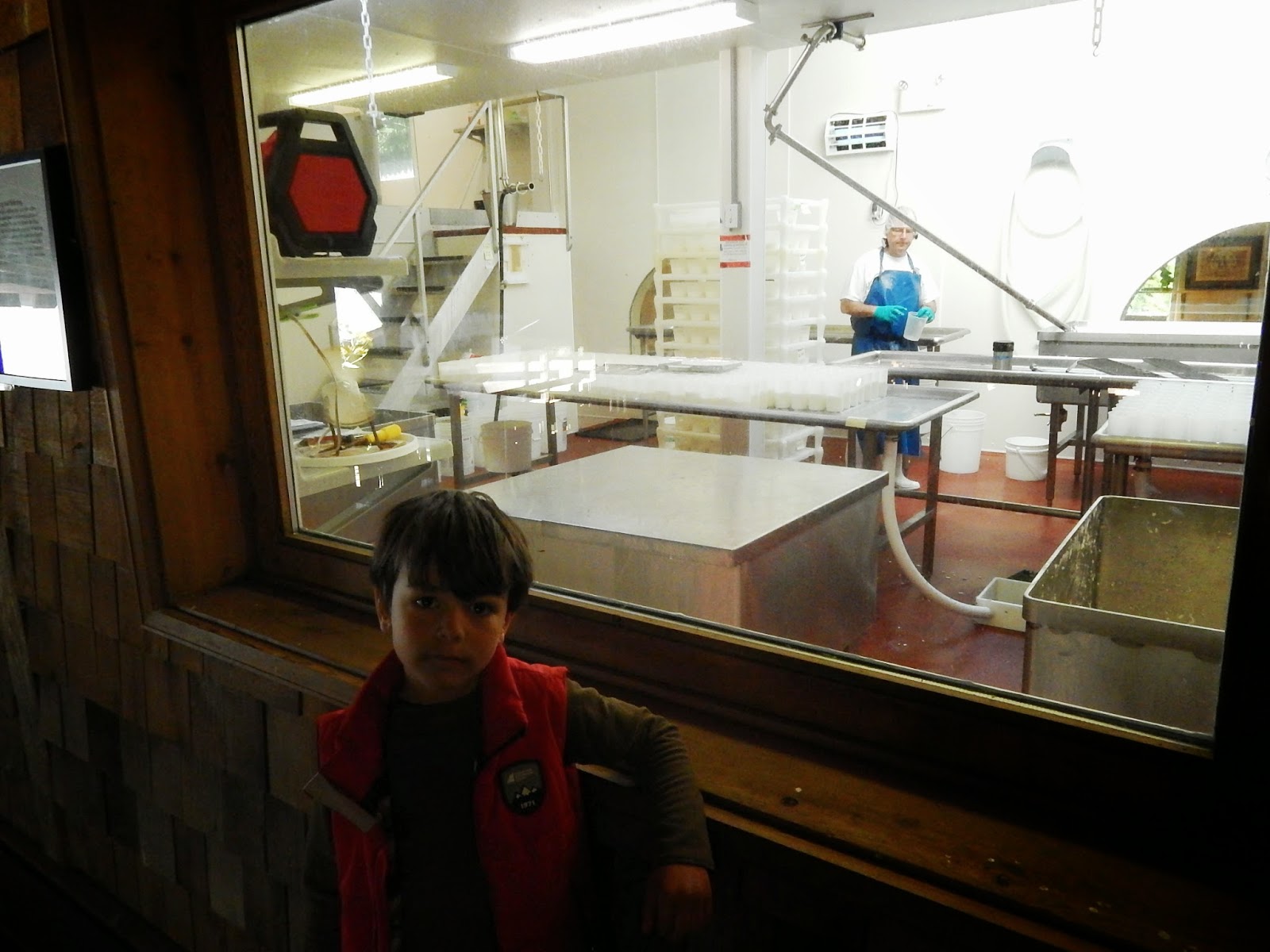 Did some tight rope walking at the farmer's market. 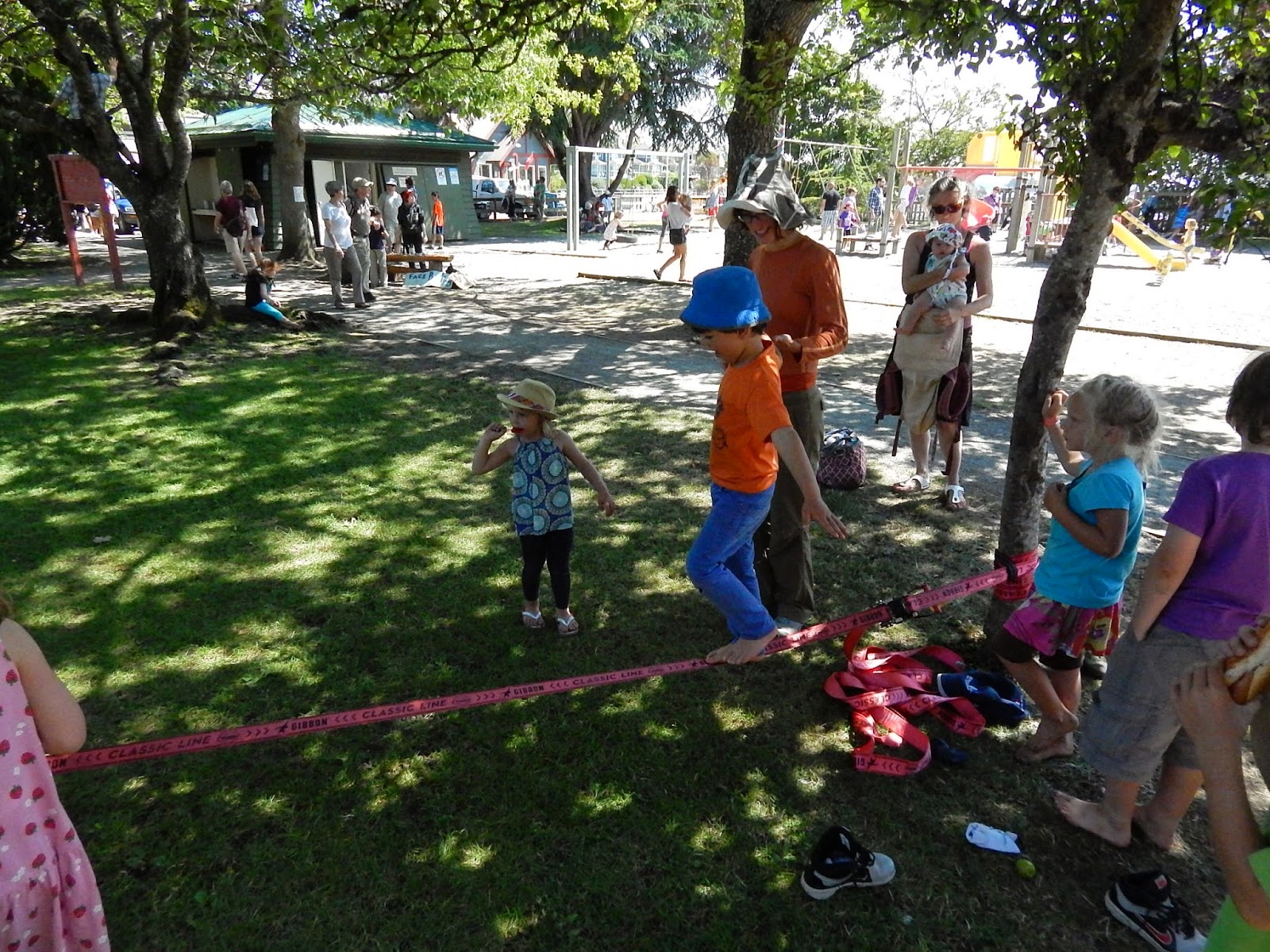 Got messy with the delicious gluten free vegan poutine. 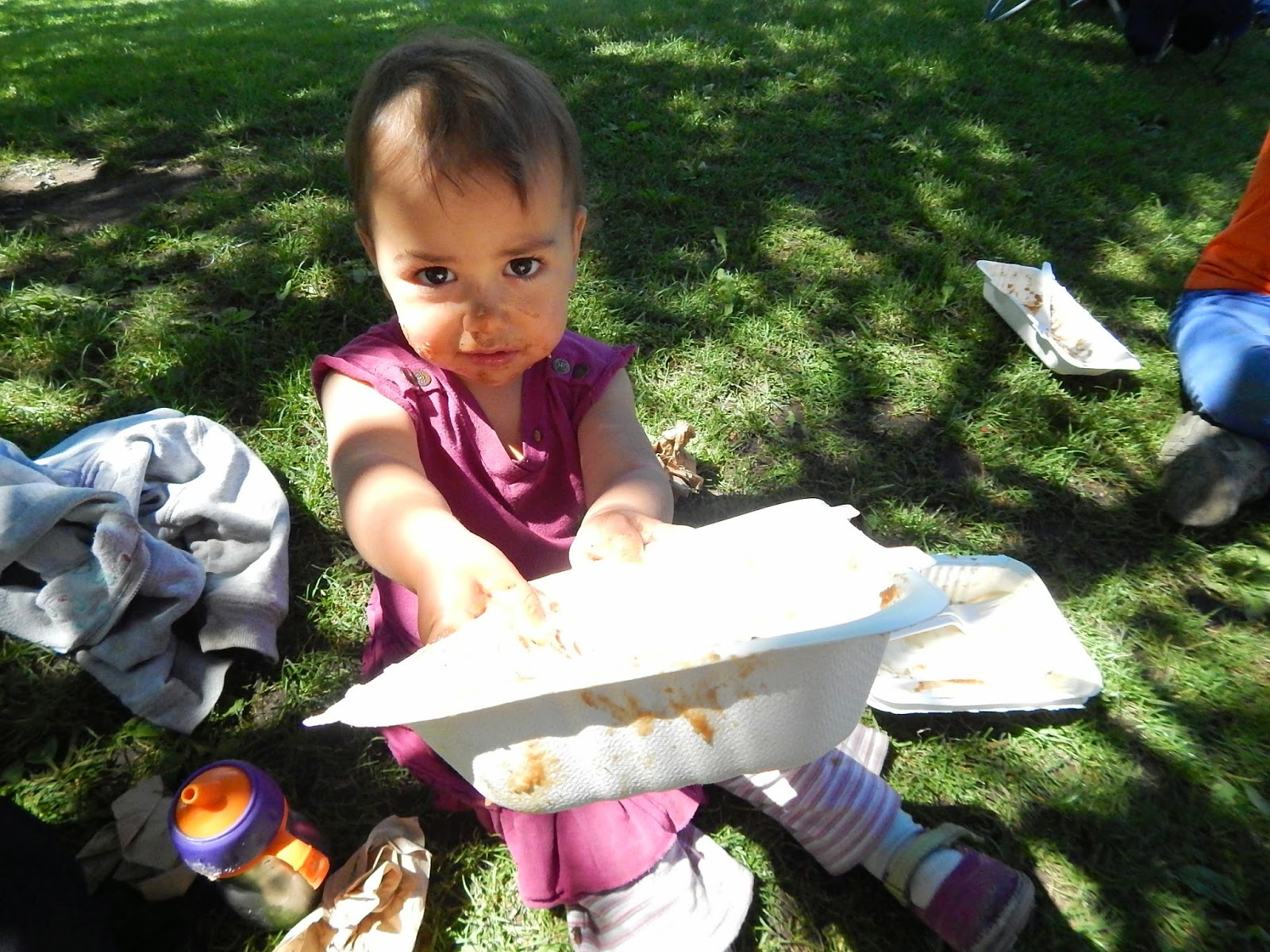 Uliana's really gotten into swimming in the ocean lately.  It's was pretty darn chilly, and only Brad was brave enough to join her. (Though maybe it's just that he has a stronger parenting instinct?  There was no way I was going in.)  She spent the whole time hollering at Nikolai, trying to convince him to join her without much success. 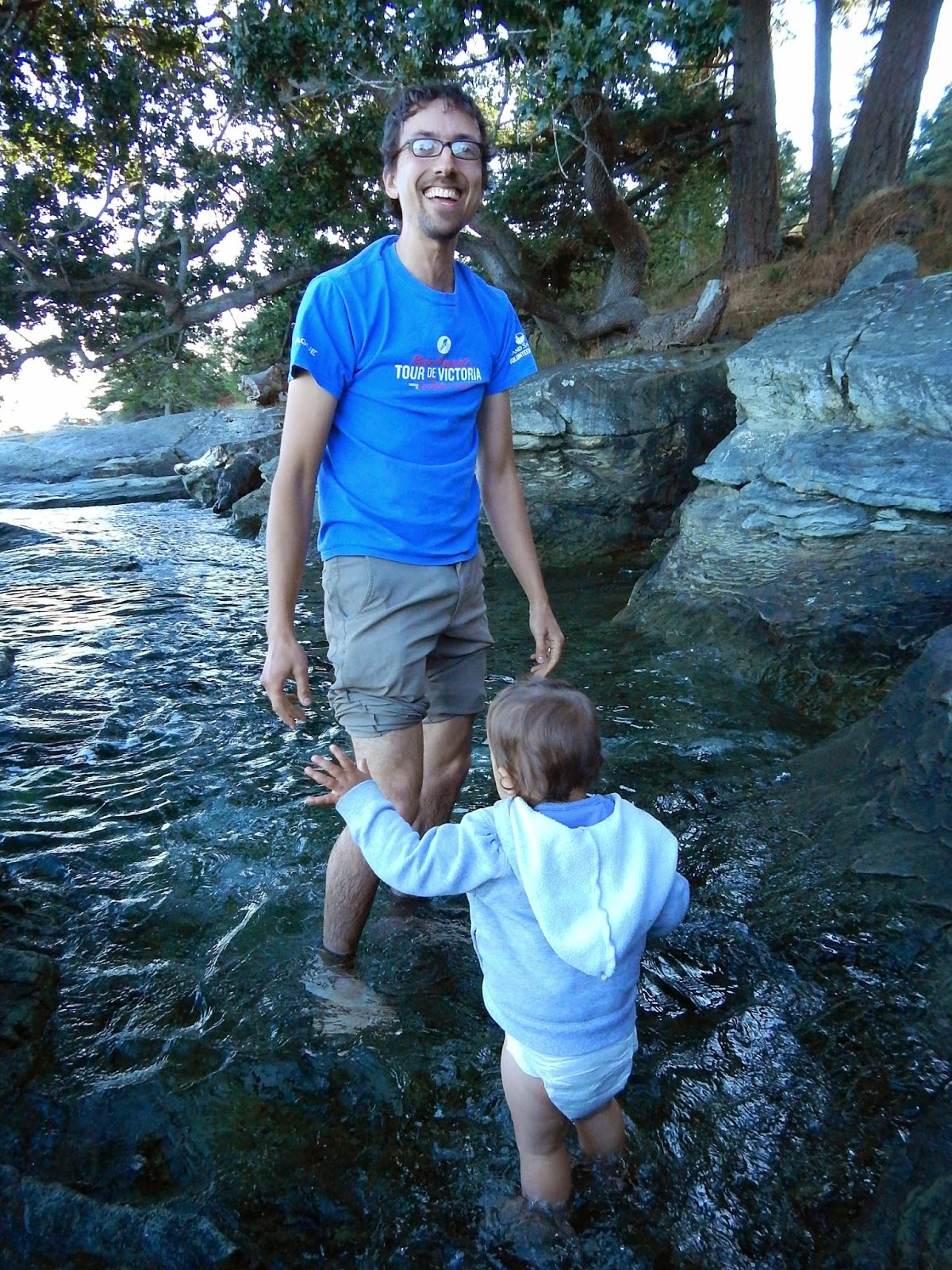 But the real kudos for the trip goes out to Colin, who literally was picked up from the airport and taken camping.  Due to the jet lag resulting from his arrival from London, and the fact that he stayed up for nearly 27 hours straight without any real caffeine, he had the most amazing sleep ever... and was likely the only one in the campground to sleep through Uliana's 2 am tantrum! 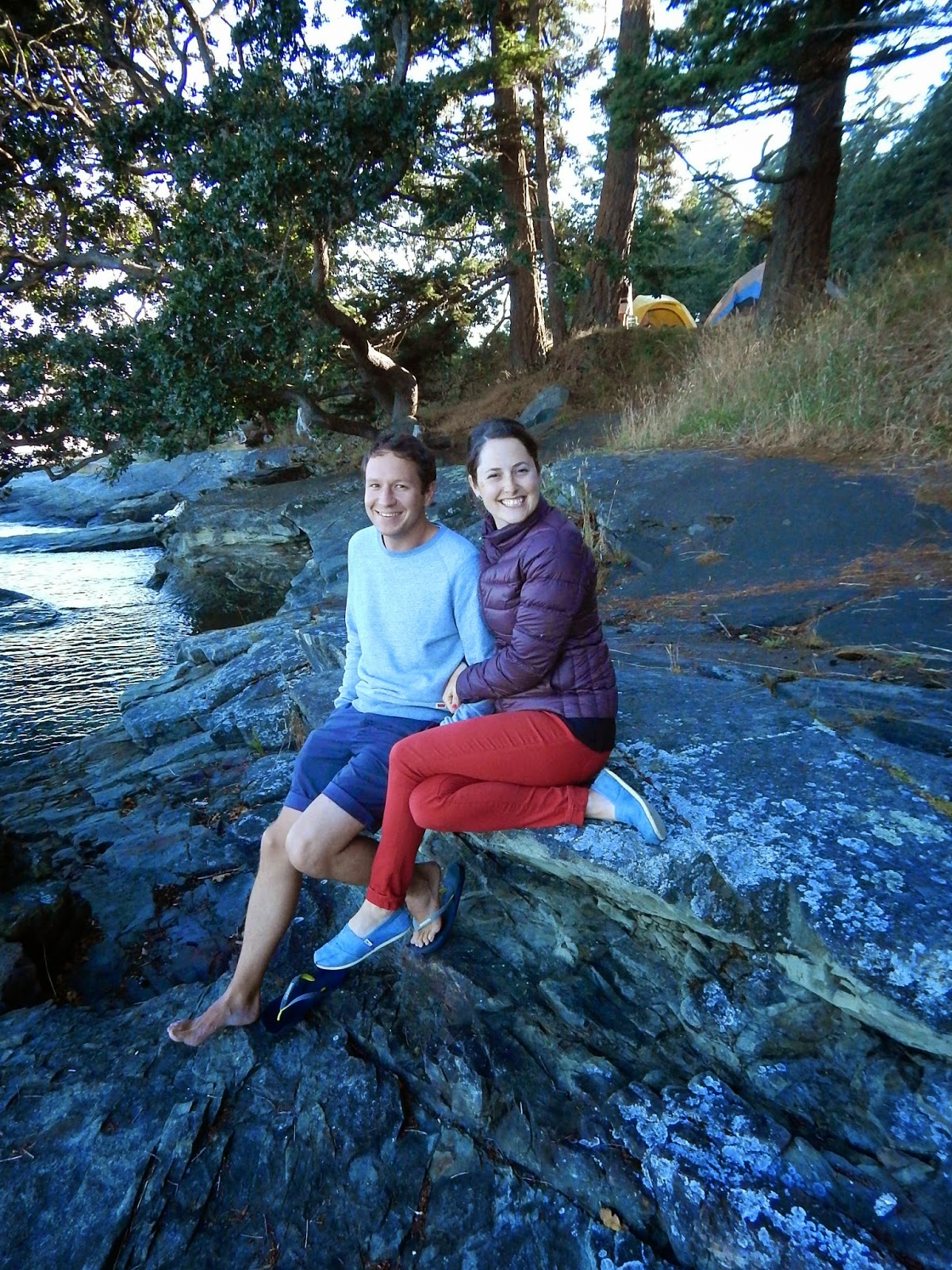 Just one final photo... taken by one of Brad's co-workers, who was surprised to see us cycling along heavily loaded.  Brad carried all our gear and Uliana (using a tricky combination of 4 panniers, the baby seat and the baby trailer), and I towed along Nikolai.  I barely made it, but Brad was pretty smooth sailing.  I guess all that racing does help!  Though I would like to say in my defense that Nikolai is at least double Uliana's weight, and he spent most of the time coasting, not pedaling! 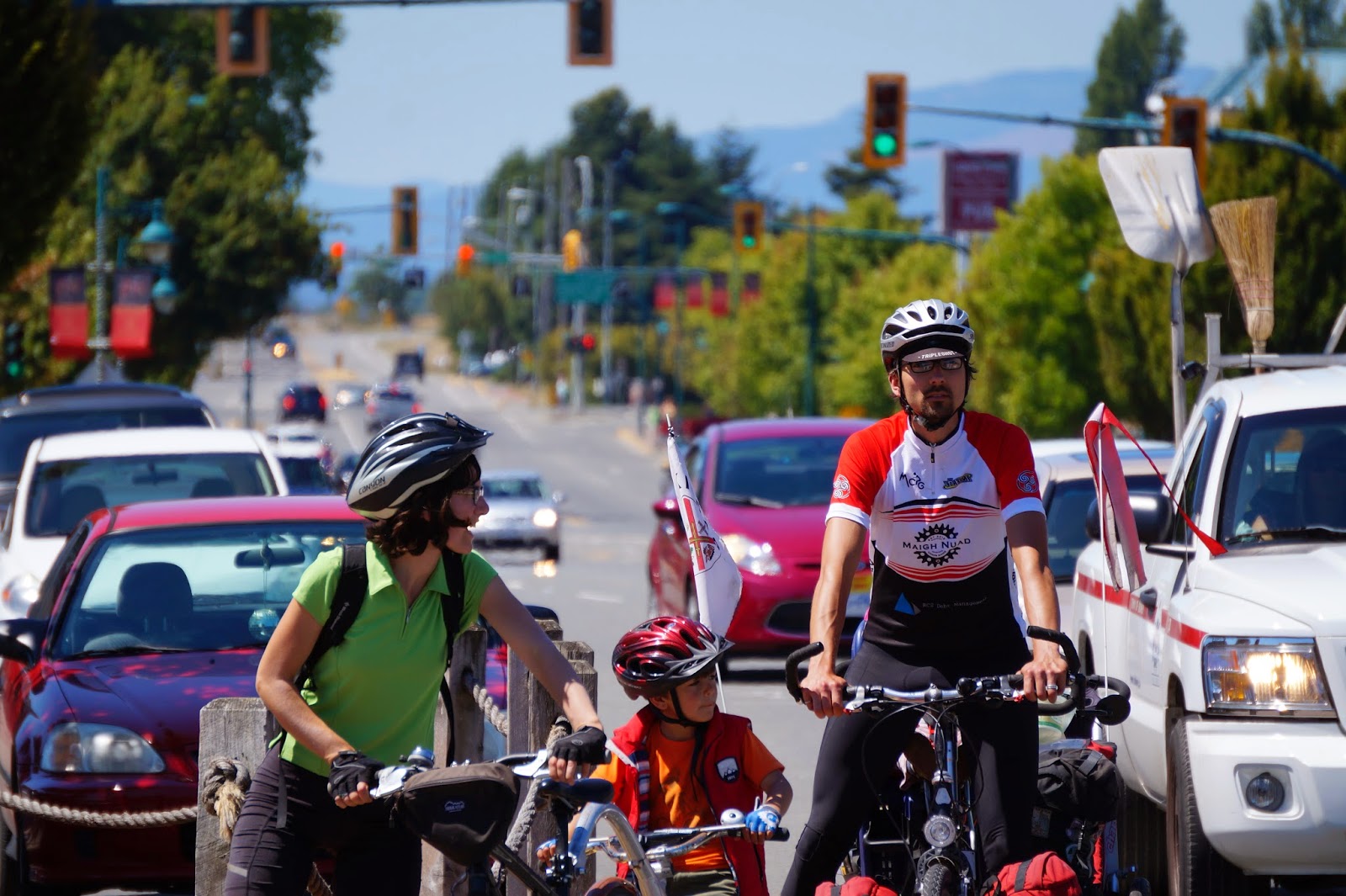