Listen to the music of the traffic in the city 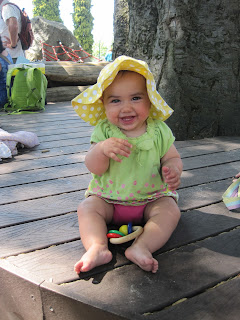 I took the kids to Vancouver last week so that we could give Aisling and Layla a tour of the city at the end of their trip.  After 7 weeks of traveling the pair were quite exhausted and ready to get back to their life in Maynooth, so our time was mostly spent visiting various playgrounds around the city.

From my perspective, traveling without Brad was difficult.  Uliana did her usual number of refusing to sleep and clinging to her mother... which caused Nikolai to feel rather neglected without a parent to attend to his needs.  After our first day in the city I was ready to go home and cancel all our future vacation plans... when... Uliana decided that staying at Grammy's house wasn't so bad after all.  Phew!  We have two more weeks of traveling to do this summer and I certainly couldn't be dragging a reluctant orchid around the Province.

I do remember Nikolai being a great traveler, but he was over a year old his first summer of traveling.  By then he had some language skills and was walking.  In comparison, Uliana just twirls around in a circle on her tummy.  Her language skills are relegated to smiling and various decibels of screaming.  If something doesn't suit her, there is not much that she can do about it. 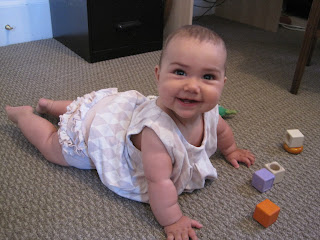 I am still not certain whether our grand travel plans fall into the category of "fun vacation", or "unpaid overtime".  Either way, an Espresso Brownie will surely help to keep a smile on my face.  This is a very rich recipe that could easily be made gluten free. 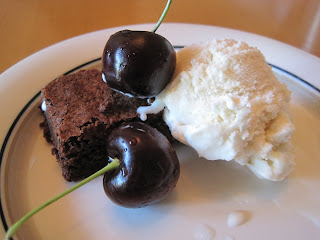 The portion in the photo above may seem small... but these brownies are SUPER RICH. Below is a photo of cowboy Nikolai.  He wore his cowboy outfit to a fancy dress party on Sunday and received so many compliments that he hasn't taken it off since! 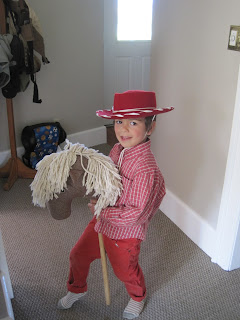