You and I have memories 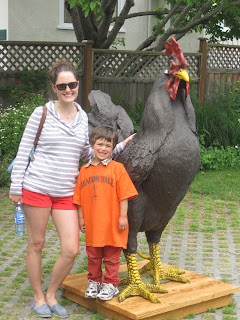 Claire's visit was nice and relaxing.  We saw a little bit more of Victoria, but not at the fast pace of our touristing with Aisling, because Claire spent a good four (five?) years living in Victoria herself.  So the trips to Fisherman's wharf, Cook Street village and the beach were leisurely.

However, we did spend an afternoon exploring one new area of the city.  It is a neighborhood mostly perched up hill from all the normal routes of life.  I'd been to see Craigdarroch Castle in Rockland before, but I never knew that Rockland was also the location of the Victoria Art Gallery (mark that in my to-do list). 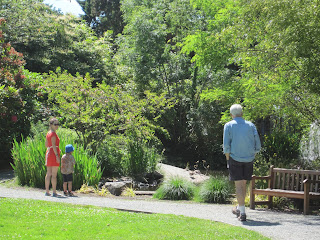 The grounds were amazing, and I will definitely go back sometime with Brad in tow.  He would particularly like the orchard and the herb gardens (not to mention the tea room!) 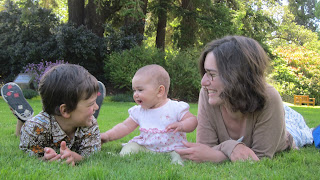 Here is one last photo of Uliana, taken by her brother.  He's getting better a focusing the photos.  Now if only we could stop him from taking so many photos every time he finds the camera!  It's a lot to wade through. 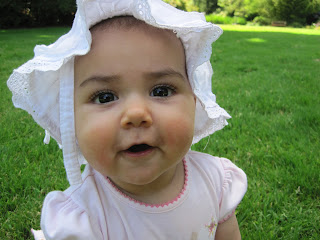 We also spent one afternoon making various Asian inspired dishes. Two of the recipes are below. 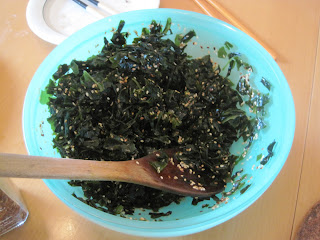 Put 1oz of dried wakame seaweed in a bowl of tepid water for 10-30 minutes (until soft).  If the seaweed is not already prepared, the trim away the tough spine and slice the rest into thin strips. 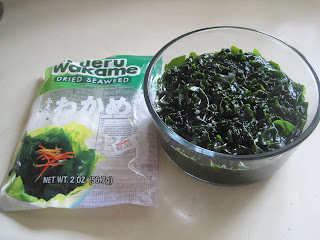 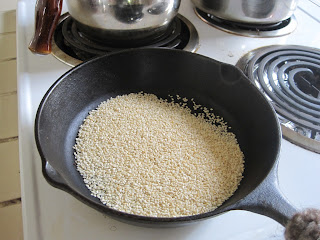 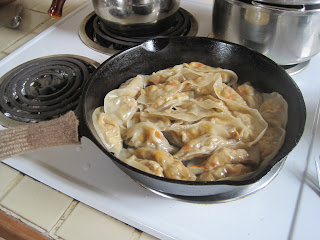 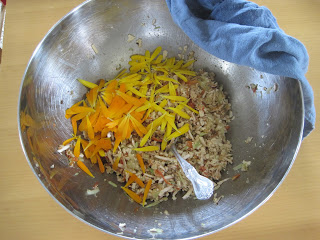 Stuff 1 tsp into dumpling (or gyoza) wrappers, fold in half and seal with water.  They can be frozen at this point. 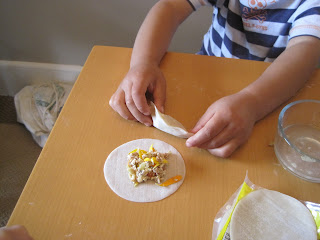 To cook heat cooking oil in the bottom of a frying pan and arrange the dumplings in a single layer along the bottom of the frying pan.  Cook until the bottoms are just starting to brown.  Pour in 1/2 cup of water over the potstickers, put a lid on and continue to cook for 8 minutes.  Remove the lid and allow all the water to evaporate, then serve.  Serve with the dipping sauce.
Posted by Emillie at 4:58 PM