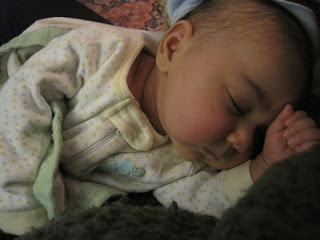 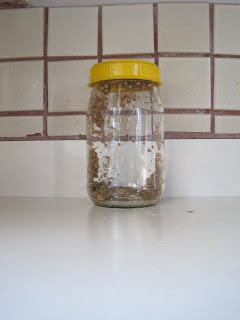 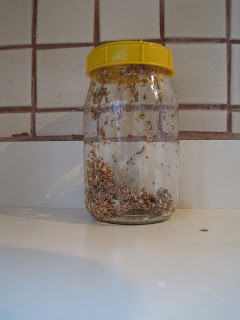 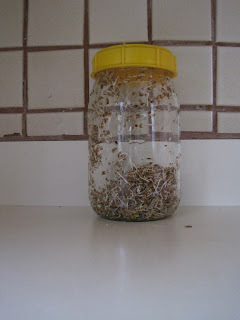 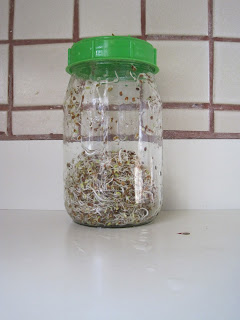 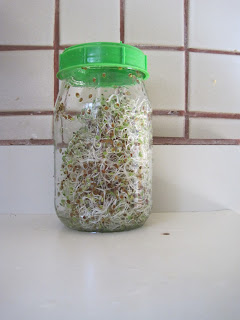 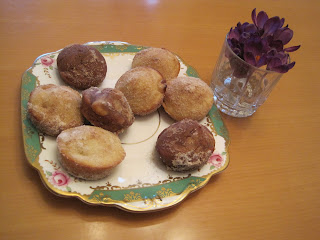 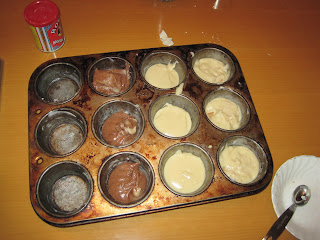 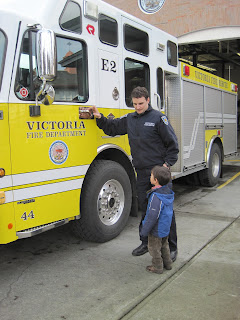 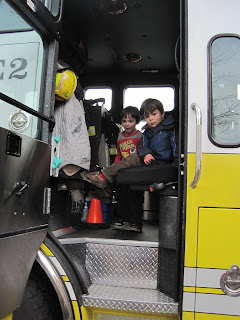 Uliana does have sweet little cheeks. I just want to give her a little kiss on them! An aunties option you know. Smooch! And isn't Nikolai lucky to get a look in a fire truck.

And what a gorgeous plate full of yummy treats!