Two solutions to one problem

Last week was a disaster in the form of a really sore throat and a fever of 103-104 F.  The intense sore throat was the first symptom, and I pretty much recognized it as strep.  However, given that the news is all about how the flu is taking over British Columbia, I decided to give my throat some time to manifest into a runny nose and more.

It never happened so I went to the doctor to get my requisite prescription for antibiotics.  I'd had strep in Ireland and my doctor over there was very threatening about the antibiotics.  If I didn't take the full course I would end up with rheumatic fever, scarlet fever, pneumonia and more!  I didn't take the full course as my mom was visiting.  She ended up getting strep, so I shared my pills with her.

Healthcare in BC is pretty well driven by best-practice research (except in really emotional circumstances like cancer, where we often over treat).  Hence the pro-breastfeeding and anti-antibiotic campaigns.  Regardless, I would have thought that a drop-in clinic doctor (not my family doctor) would have been pushing the drugs in the case of strep throat.

However, I was quite wrong... he did give me a prescription... but it came with all sorts advice about not using it.  First of all he swabbed me to determine if it was strep.  The test results would take three days.  I should be over strep in three days, when he would call me with the results, but if I wasn't THEN I could take the drugs.  As he put it, the risk of developing an allergic reaction to penicillin is greater than the risk of the strep causing a serious illness.  (He is right about that... apparently the strains that used to cause rheumatic fever aren't really around anymore.)  Furthermore, I am breastfeeding, so my baby is protected from illness.  But if I take the antibiotic then she'll be taking it as well and we could both get thrush, not to mention digestive issues.

So instead I followed his prescription of gargling salt water every hour (1/2 tsp of salt to 1 cup of water).  It worked!  On Saturday he called to tell me I did indeed have strep, but I was much better by then and drugs were not needed.

Now, not having eaten or cooked much in the past few days means that I don't have a recipe to share.  But I will post some photos.  While I was sick Uliana learned how to smile (no photos... I was too sick, the photos are from the previous weekend) and Nikolai built a lego town (complete with 3 castles, 2 fire stations, a skyscraper, a park and a gas station). 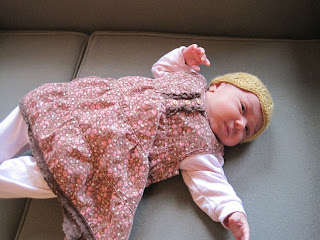 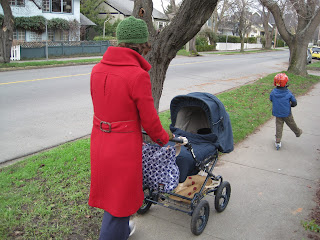 Getting those antibodies down before I even got sick. 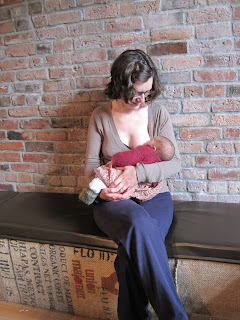 When will I write

I'm actually really quite busy trying to get an entry ready for a national short story competition.  It shouldn't take me more than 10 hours or so to get it all done and edited, but that is 10 hours more than I have!

Uliana continues to be a great nighttime sleeper (which is why I'm even considering writing anything these days), but she likes to be held all day.  It's good that she knows the difference between day and night and gives me a good 4 hour stretch of sleep every night.  But it would be nice to put her down sometimes so that I could get more done during the day!  (At the moment this blog is being written with Uliana in the carrier, wet laundry in the washer, dry laundry in the dryer, dishes all over the kitchen, unmade beds... well you get the picture.)  Holding Uliana means that Nikolai gets more of my attention as I'm not busy with other things, but he is annoyed by her constantly being in my arms.  I do understand... how can I put a roof on Farmer Pickle's hen house if my hands can't hold a hammer?

In general I am feeling great.  Likely this is related to the fact that my liver functioning is officially back to normal!  I really do notice a difference as I have way more energy now then I did throughout my pregnancy.  On that note, we've started to become busy again.  Yesterday we did an outing to Miniature World with a friend of ours.  It was a bit overpriced from my adult point of view... but Nikolai loved it, and we spent 2 hours going back and forth through the exhibits.  I think the main reason why he liked it is because most exhibits have tons of buttons that you could push to make the miniatures light up or move. 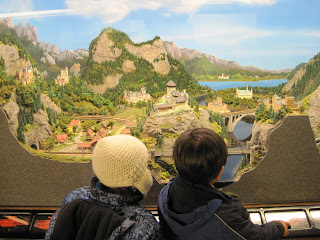 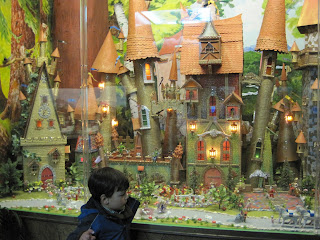 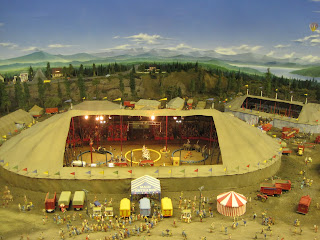 As promised I'm going to start including a recipe in every blog.  (Though it's hard to imagine how I'll come up with so many recipes when I don't really have time to cook!) 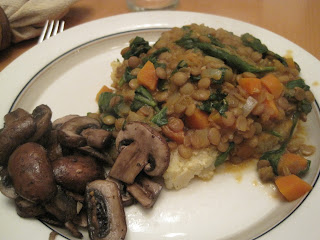 This is a quick recipe that is so fantastic and sophisticated that we actually served it for our Christmas dinner this year.  It can be served over a rustic bread or millet polenta.  Nikolai loves it straight up, and we always make a double batch so that he can eat up the leftovers.

1. Parboil 3/4 cup of brown or french lentils for 5 minutes, then drain.

3. Stir in a big bunch of greens (spinach, kale, etc.) and cook until fully wilted.  Add salt and pepper to taste. 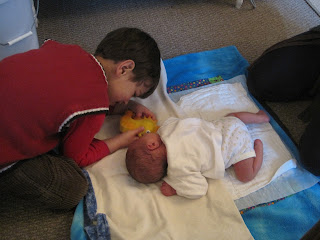 I almost don't dare to mention this to anyone because, like a magic spell, it might burst the calm in my house...

I know that we still have a few more days for that famous 4th trimester colic to kick in, but so far she only protests diaper changes.


Instead she communicates through a series of coos and squeaks.  It actually makes interpretation of what she wants pretty easy.  With Nikolai I was busily trying to figure out whether his cry was a "nah" or "wah" according to the trend of interpreting Baby Language. On the other hand, Uliana is an obvious book... she coos when she wakes up.  She has another coo for wanting to nurse.  Heavy grunting means that she's working on filling her diapers, and mild grunting with her tongue sticking out means that she wants to burp.

Since Nikolai was quite colicky... I did my research before Uliana was born. I now know that sulfites do come through breast milk.  It certainly explains why Nikolai's eczema started before he was on solids.  For Uliana I am staying off sulfites and all other potential "colic inducing foods".  The idea that foods, beyond dairy, can cause colic is pretty much denied in the mainstream.  But I think that this is because they don't want to discourage Moms from nursing.  I'll share the results of my experimentation later... but so far my only really horrible night was after testing eggs.

Anyways... I could include a recipe, but since I'm currently on a fairly bland and restricted diet, it's hard to want to share what I'm eating!  However, my plan for the blog in 2013 is to include a recipe for every entry.  It will give me a way to focus the blog when my life is a dance between preschool, dirty diapers and working on my creative writing with every free moment.  (Let's hope 2013 is the year I get something published! This fall I submitted two short stories, and I still haven't heard back about either of them.)

Here is Brad taking our Christmas tree to the chipper. 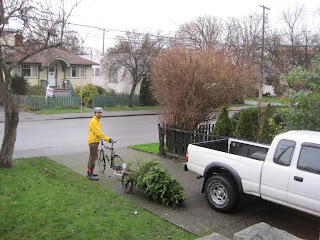 And Uliana getting ready to go out today.  At two weeks she's already grown out of her newborn clothes! 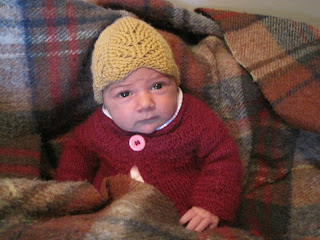 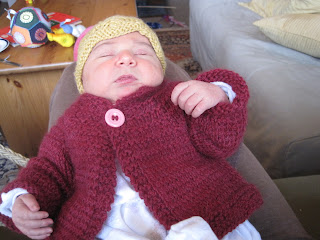 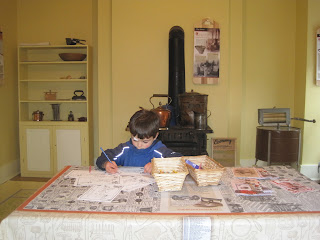 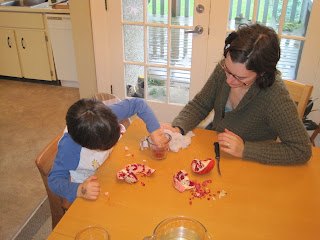 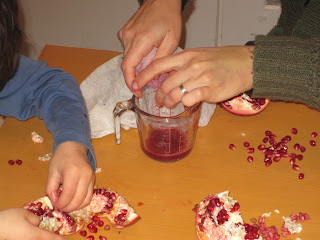 Posted by Emillie at 3:06 AM No comments: