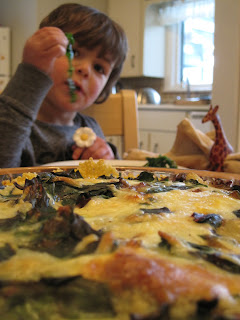 This week I rediscovered the world.  OK, perhaps it wasn't that dramatic, but I did find out that if I listened to daytime radio (after 9 am and before 3pm) that I could get through the news segments without the dramatic sound effects that cause my son to ask difficult questions like "what's a homicide?"  As a result I rediscovered my love for radio documentaries!

For example, today I listened to a documentary on Climate Change.  Basically it was focused on a controversial book, and how the author found the controversy absolutely appalling.  And I would have to agree, denying climate change is basically the same as suggesting the earth is flat. We know the earth is round because science proves it, and science proves that climate change is occurring (though perhaps not so much anymore, now that the Conservative Canadian government decided to stop funding the Arctic research station).  Anyways, I'm not here to debate over whether climate change "is real" because to do so is counter productive to Nikolai's future on this planet.

Instead I'm going to express my astonishment at how cheap energy in BC is!  It's no wonder that even my "green" initiative prior to moving to Ireland was way more wasteful than my everyday habits after having learned to live with extremely high power bills.  If 1 hour of heating literally costs 1 euro (can't find the symbol on my Canadian keyboard), then you start to rethink 24/7 heating.

Today I found the BC hydro power calculator, and realized that there really isn't any monetary incentives to saving power.  All their PowerSmart campaigns can do is inspire people to save power through an appeal to their good nature.  So now we come down to the other controversial part of my blog... The Smart Meter.  Now I have friends who work at BC hydro, and they are very much in favor of the Smart Meters, and I know people who think the power meters are an invasion of privacy, and that the EMF's are potentially harmful.  But I'm not going to delve into the evils of the cellphone quite yet (save that for another episode); however, I do wonder at the requirement of the power meters.

It seems like an awfully expensive project to help save power (though the cost should be recouped by efficiencies), I just wonder at why they don't just raise our fees?  If you want people to start hang-drying their clothes then make it unaffordable not to!  Besides, indoor drying is a great way to humidify the dry air of a snowy winter.

On that note I just have to comment that I still can't figure out how to fill my giant "American-sized" refrigerator, and I still find everyone's houses to be way too warm!

Now, to offer some ideas as to how to diversify your grains... here's how I enjoy millet.

Rinse 1 cup of millet, then cook for 30 minutes 3 1/4 cups of broth, until all the water is absorbed.

It will be a dense mass.  Press this mass into a loaf pan and smooth it out with a spoon.  Leave it to cool for a few hours, or overnight.

Then turn the millet out onto a cutting board.  It should easily come out as one big mass. Slice into 1/2" thick slices.  Then you can prepare this just as you would for corn polenta.  I tend to fry mine until browned on both side, then serve it with a sauce. 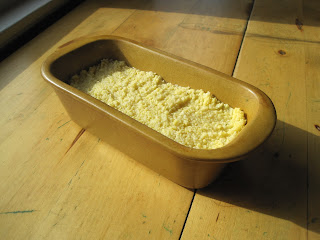 Prepare millet in the same fashion as for the polenta.  Though I would recommend using just 3/4 cup of millet and 2 cups of water for one regular sized pie crust.  When it's cooked press it into a pie plate.  You can then make any quiche recipe that you would like! 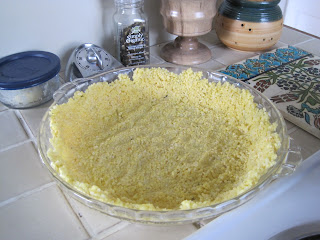 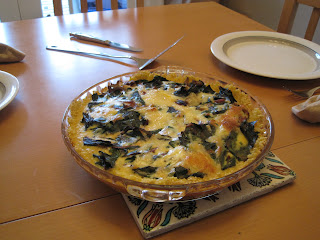