By the Beautiful Sea

Rather than make excuses for my inability to get to this blog, I'll plow blissfully forward and post some lovely pictures of the kids having fun in the summer.  We certainly have been busy!

Some of the highlights from July include a visit from Baba... 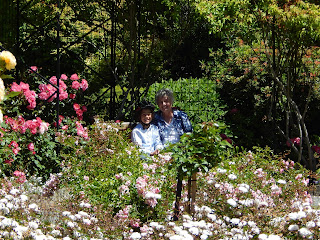 And the highlight of that visit was a boat tour of the gorge! 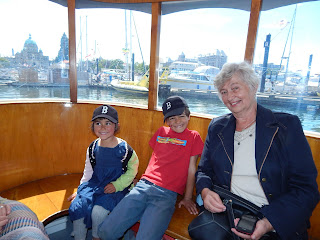 Then we went on a cycle tour of the Olympic Peninsula.  They have an amazing, off-road, bike route called the Olympic Discover Trail, which is well worth a visit. (That's Nikolai on the back of the tandem with me... signalling good things to come in the future!  Yea for rear-wheel drive!) 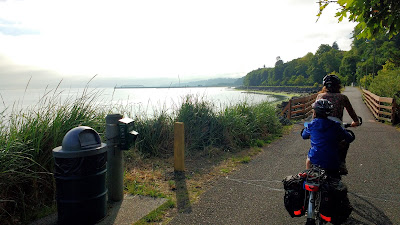 We just happened to have planned our trip to coincide with the Lavender Festival... and though it was completely by chance (I only found out about it when I tried to book somewhere to stay in Sequim) we decided to visit a few lavender farms while we were there. 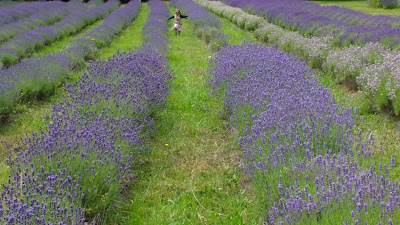 Last weekend we went camping with our good friends, Dylan and Nancy, on Hornby Island.  It was as beautiful as promised. The scenery was unique. The vibe was more west-coast-hippy than anywhere I've ever been.  I would definitely go back... though perhaps not by car!  It involved 2 ferry rides... and several sailing waits for cars in each direction.  Boy I was envious of the cyclists as they zoomed along ahead! 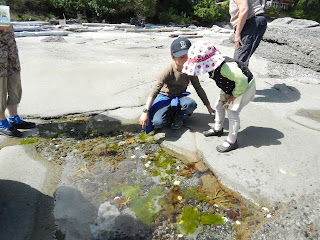 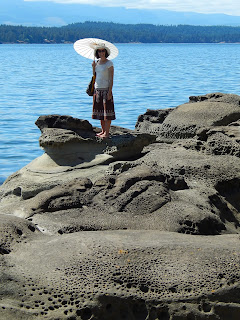 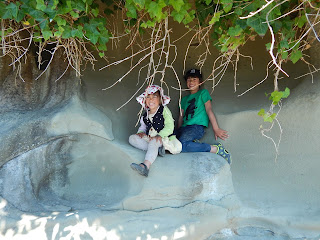 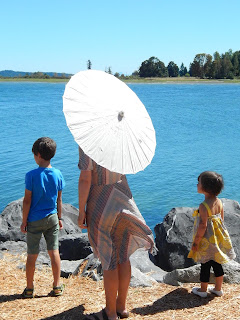 I failed to take pictures of the day we spent on the white sandy beach. However, I do have this excellent picture of what happens when you forget to tell everyone when you're taking the photo. 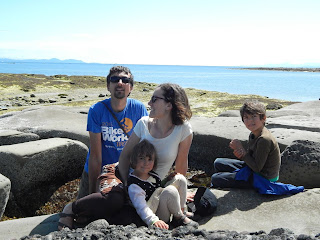 And it turns out that Uliana has quite the capacity to sleep in (reminiscent of her Grammy and Auntie Claire).  We managed to pack up everyone else's sleeping bags, mats and clothes without waking her.  She didn't even wake up when we started taking down the tent... and Brad was forced to haul her sleeping body from the tent in order to make the 8am ferry home.  (The punchline is that we didn't make it because there was already a long line of cars waiting by the time we arrived... but we did get on the 9am). 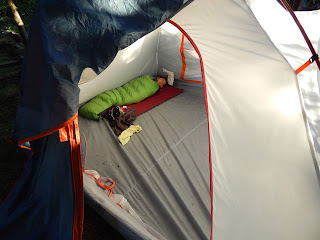 Now we're off to Saltspring this weekend, and more guests next week.  Phew!  I almost need a vacation from my summer!
Posted by Emillie at 2:50 AM