It's the end of school... and the end of an era as Nikolai turns into a 7 year old.  With his adult teeth, reading abilities and strength of character, he is moving from the realm of a little kid into big kid territory.

He wanted a Minecraft party.  Which basically meant that the kids just played Minecraft the entire time. 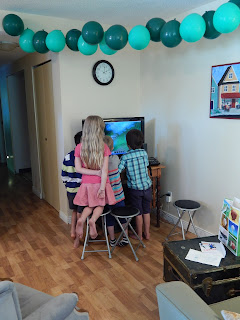 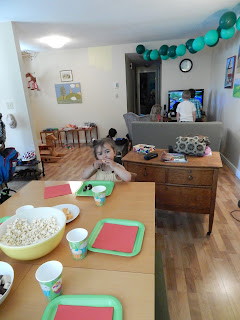 And Brad, Grammy and I got to chill-lax on the deck while the kids all stayed inside glued to the screen.  I felt only a bit guilty about my hippy ideals... but hey! it's Nikolai's party, he can play video games if he wants to.  The Minecraft cake was certainly a hit! 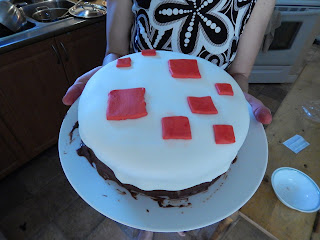 And here's one last photo... of Uliana... who is still firmly a little kid. She decided to celebrate our first bit of rain in at least 1 month (maybe 2?). 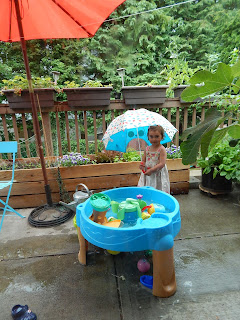 Now... I need to get packing for a week of hot, hot, Interior weather.  And for the non-locals, The Interior is BC's Southern mountain range.

If Everybody Had an Ocean

We're lucky enough to have a beach just a few blocks away.  Today Uliana and I wandered down there expecting just to throw some rocks before heading home for lunch.  But the tide was just heading out, making the sand wet and squishy.

Uliana is a two year old.  She is full of feelings and lunges towards her whims at full speed without thinking. And I couldn't help but feel a bit jealous as I watched her dive into the soggy sand.  My cellphone doesn't do it justice, but here are a few pictures of a sand bath that one can only indulge in when one is two.  (One also insists on wearing the fancy frou-frou dress every time it re-appears in our drawer.) 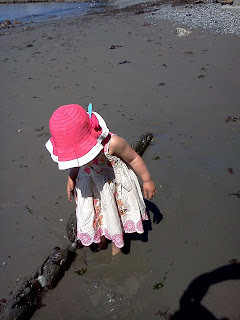 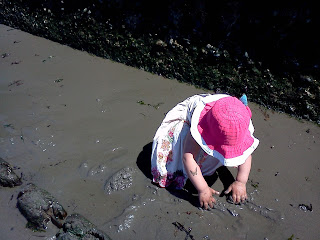 Our trips to the beach have resumed their more typical pattern, with Nikolai excavating canals, and Uliana being the only one brave enough to swim. 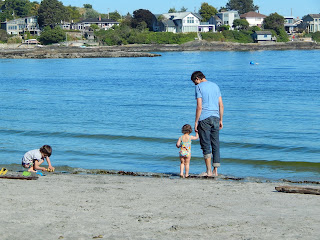 But there is another side of being two... for example sometimes you just "Don't Want Nikolai To Be Here!"  And though you may imagine that he was pestering her somehow... that was sadly not the case... he was simply sitting quietly at the dining room table working on a puzzle. 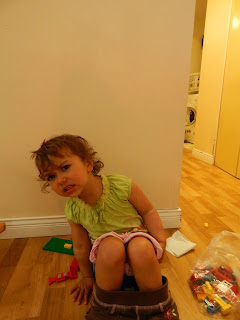 In addition to beaches, we also went to visit the chickens Wray Creek Farm (we get a weekly food box from them). 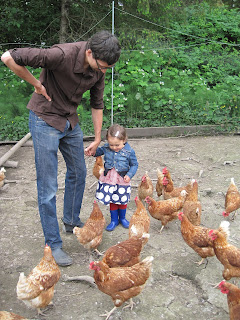 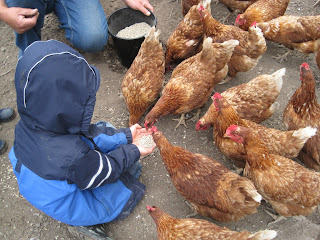 And Nikolai won 4th place in his age category at the Inner Harbour Grand Prix (he's on the red bike... in 2nd place on that first lap).  He is already asking for drop bars on his next bike... 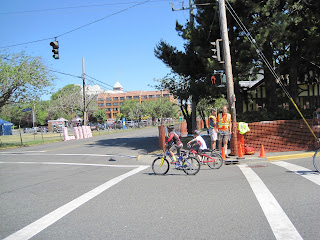 Posted by Emillie at 9:56 PM No comments: