Happy Halloween!  Maybe tomorrow I'll have a photo of our family themed costume.  But for now, I thought I'd post a photo of just the kids.  Can you guess our theme? 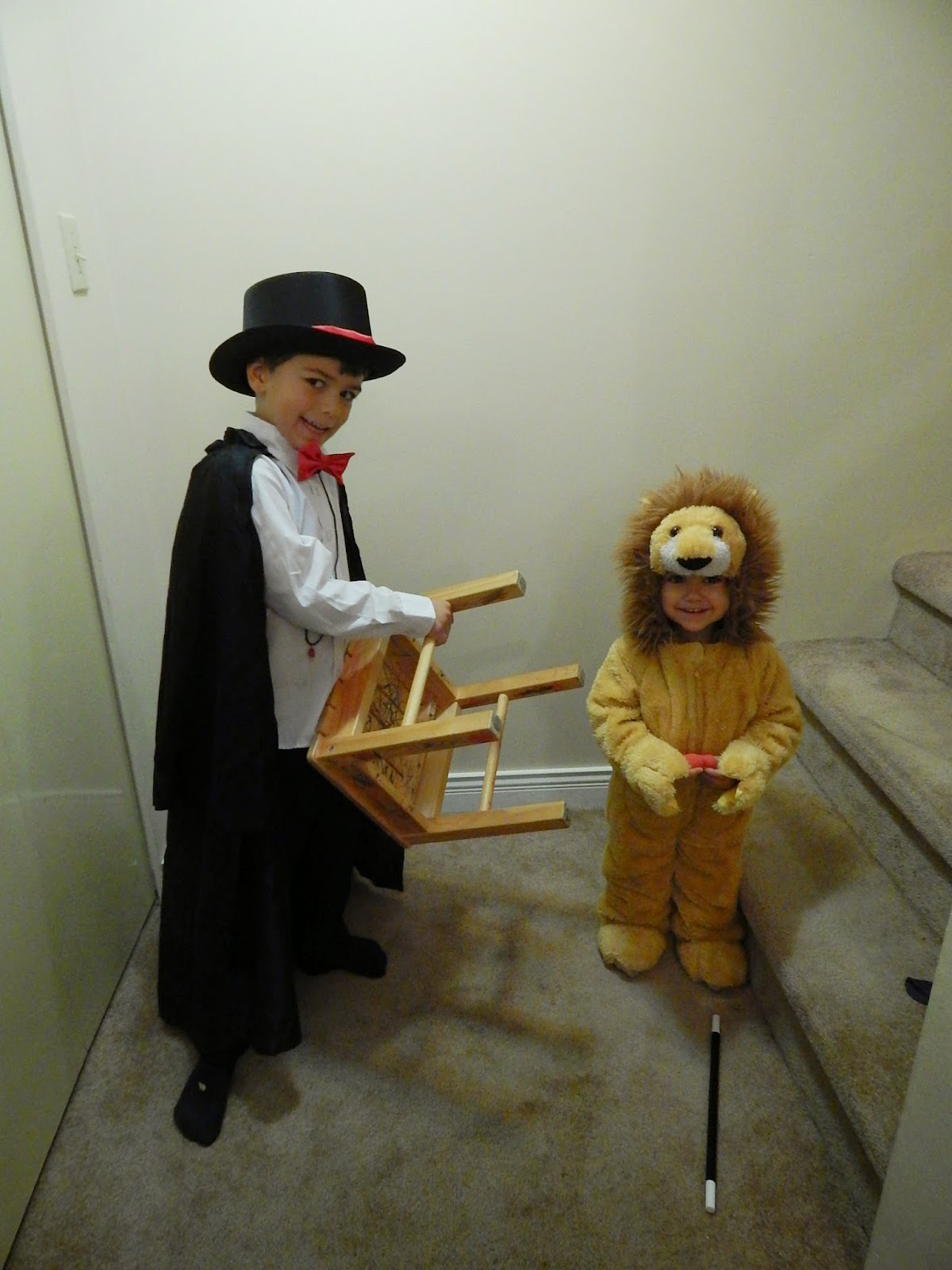 And last weekend we went to Castlegar to visit with Baba and Deda!  We lucked out with decent weather (though us Islanders found 9 C to be cold): 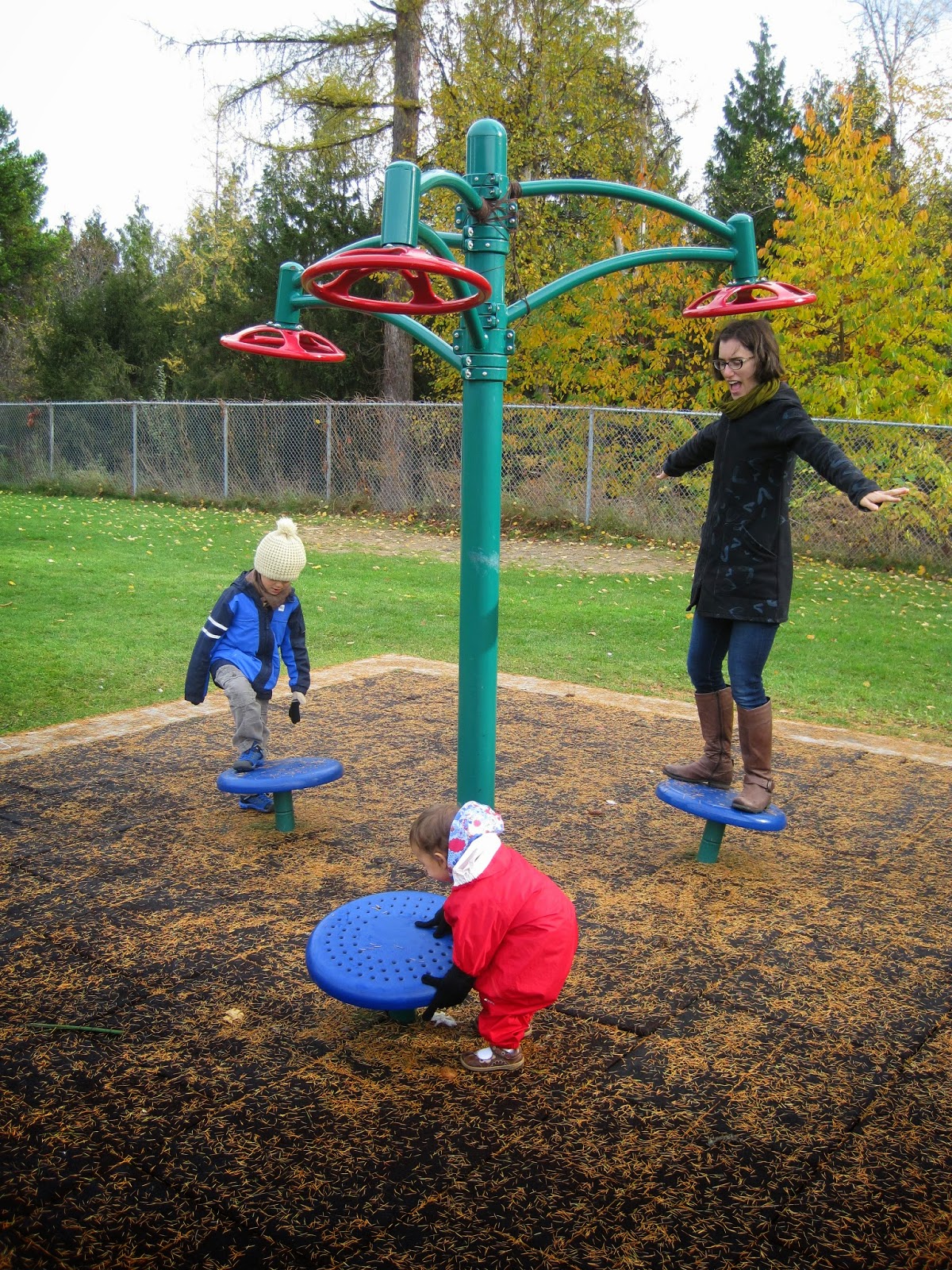 And we all enjoyed listening to Baba read some stories. 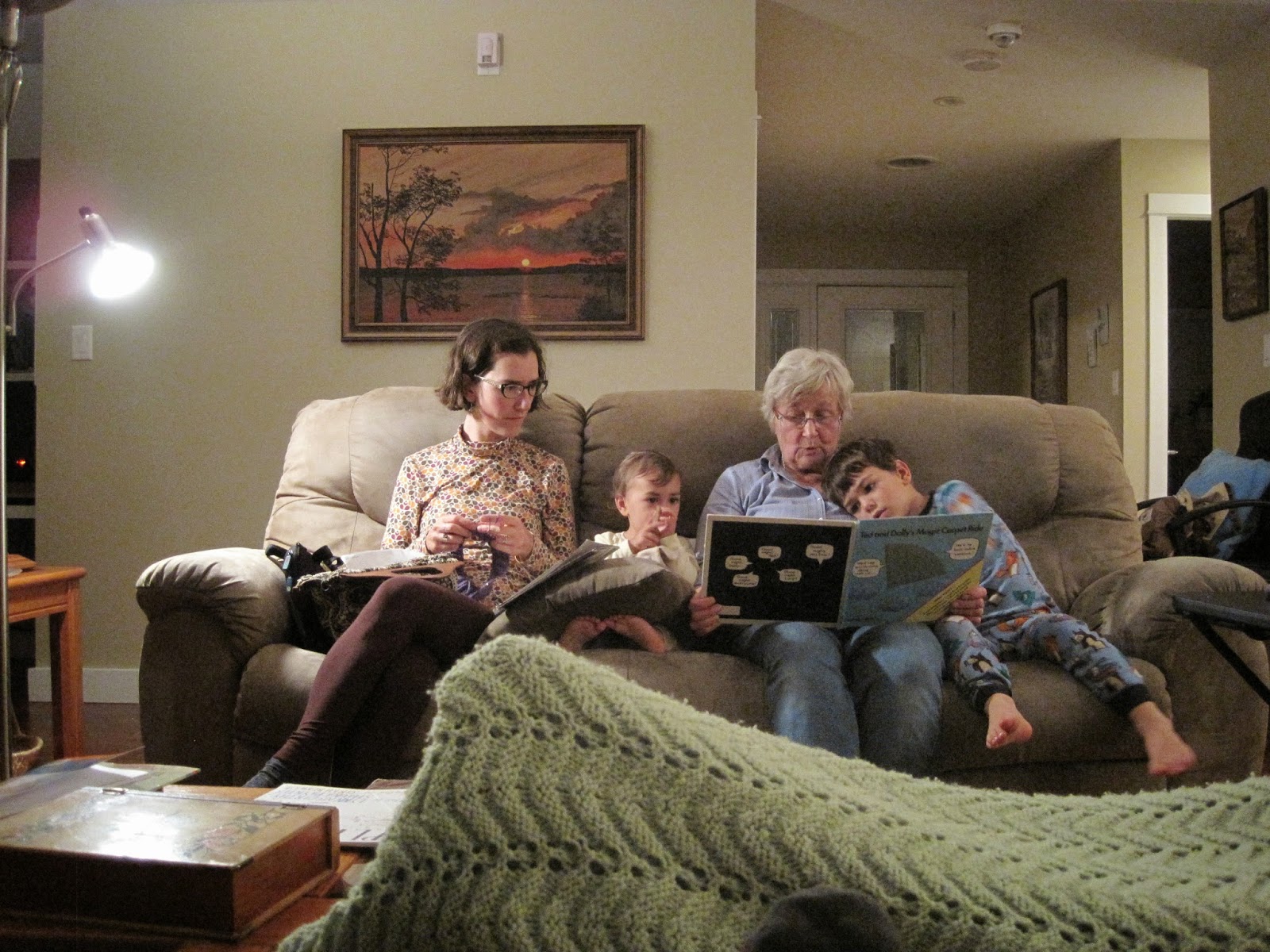 The only downside was the fact that Nikolai was sick with the flu for the WHOLE trip! 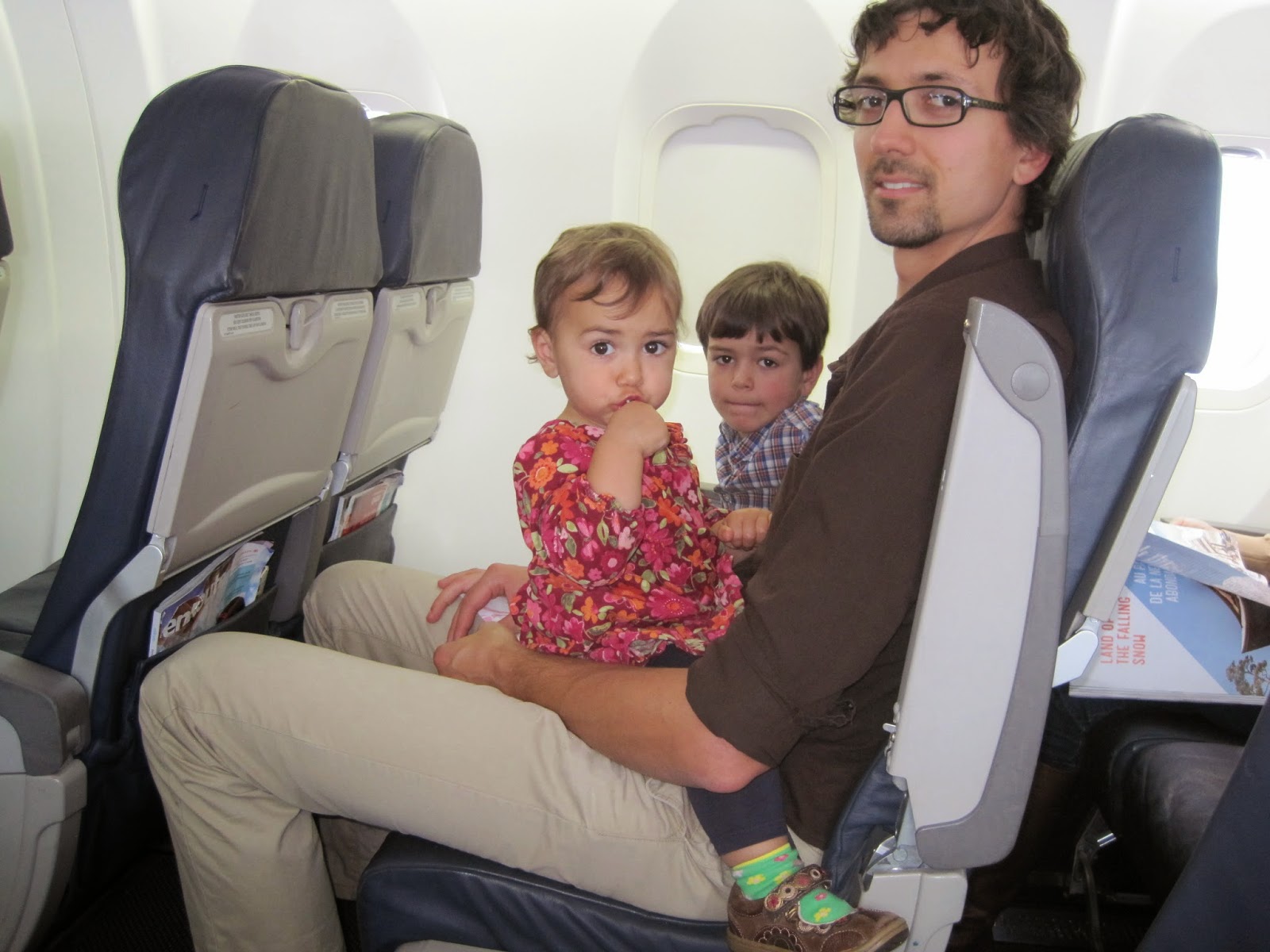 And here's something I found to be a bit weird.  Uliana wasn't given a lap belt for ANY of our 4 flights.  As the airline hosts explained... we were to hold her in a "burping position" with one arm, and keep the other arm braced against the seat in front of us.  As though I could hold a 26 lbs screaming toddler for all those landing and take offs!  Though I will admit we took out an insurance policy on good behaviour, by handing her a lollipop for each of the flights.  It was her first real dose of sugar, and we can now safely say that she doesn't seem to have inherited Nikolai's sucrose sensitivity!

And here's a few photos of Uliana.  We're rounding up to 22 months, and she always amazes me with her go-getter gumption.  At this age they are changing everyday.  This week she's mastered her colours, counting to 10 and insists on doing most things herself. 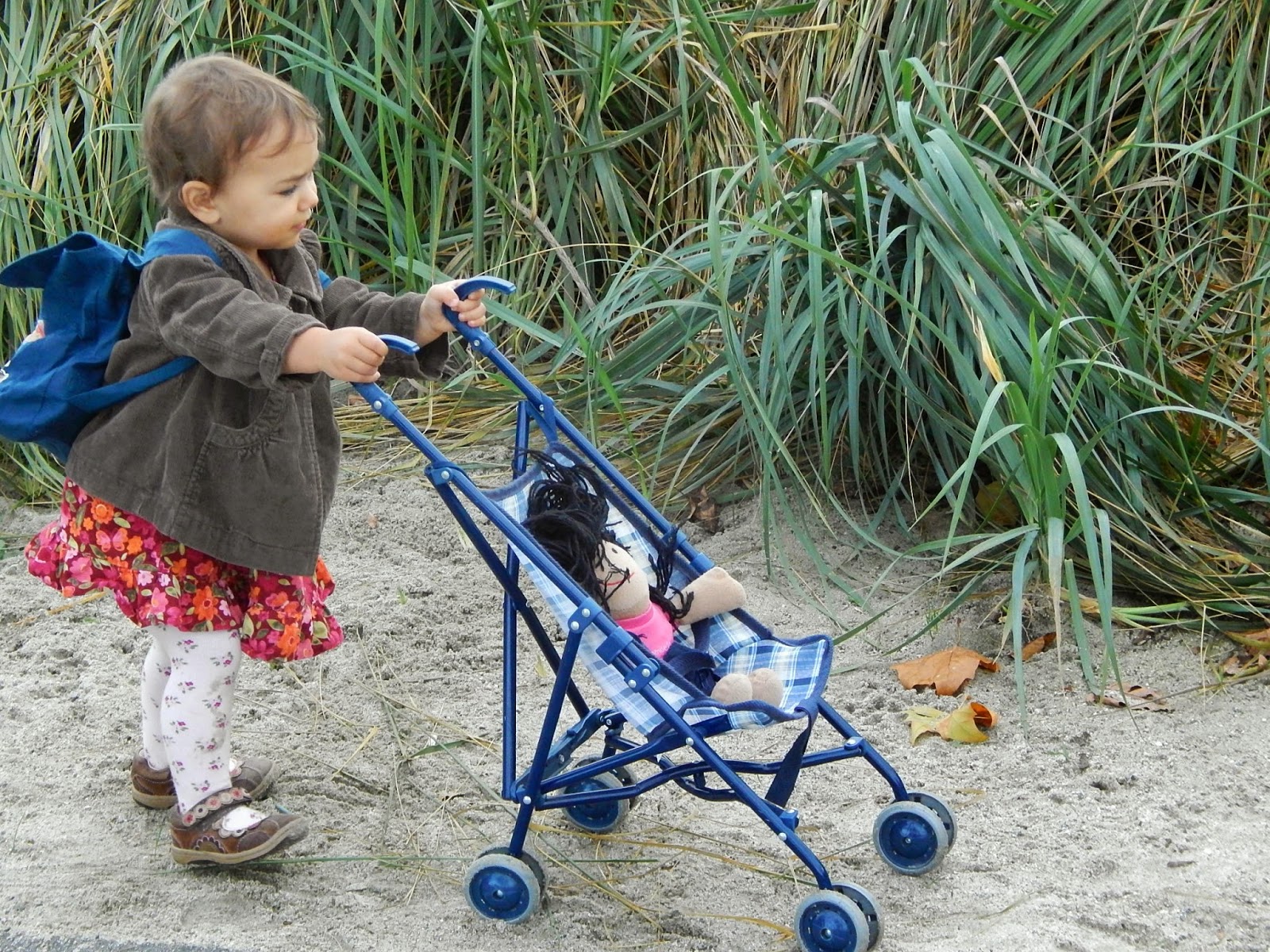 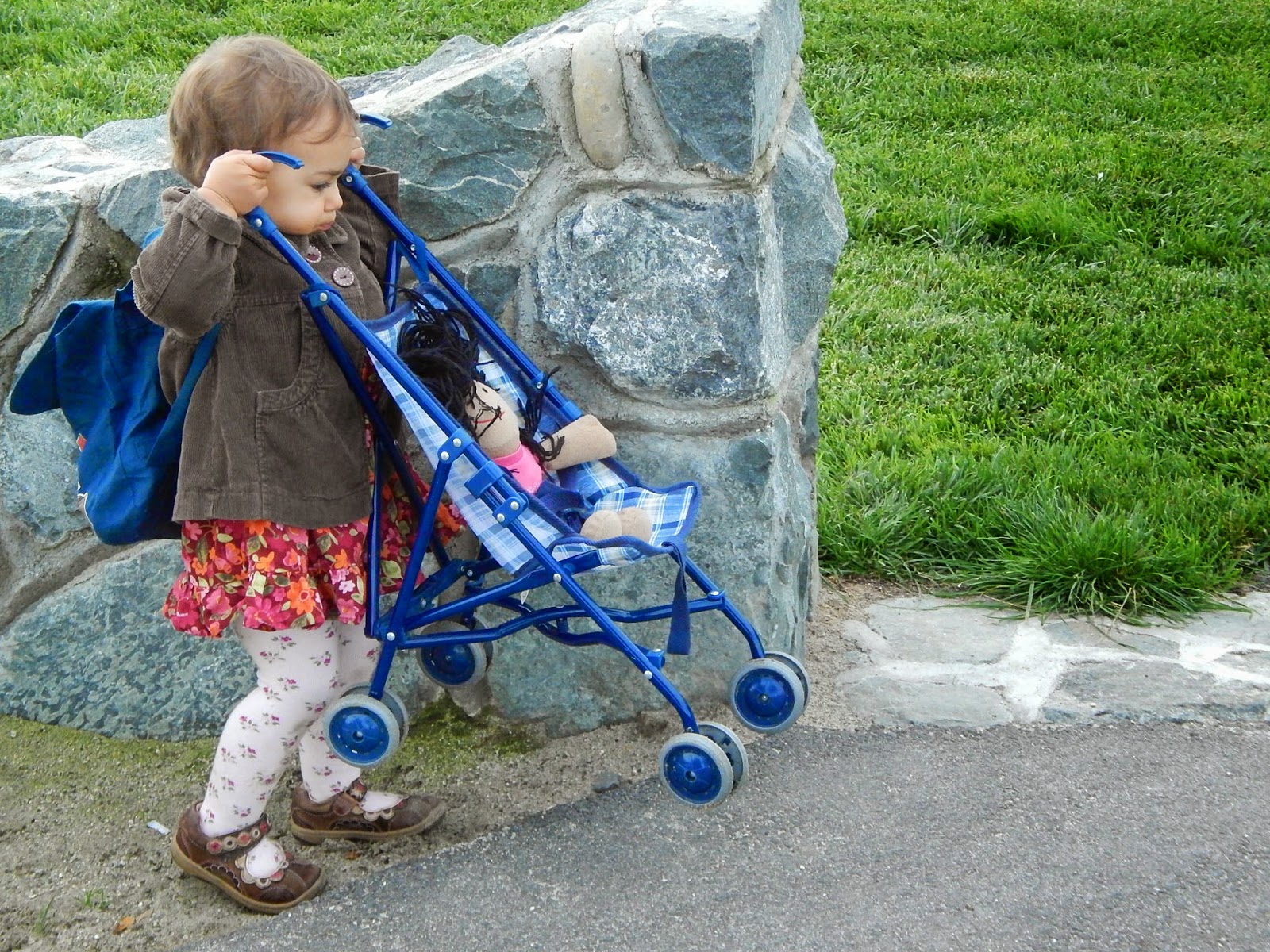 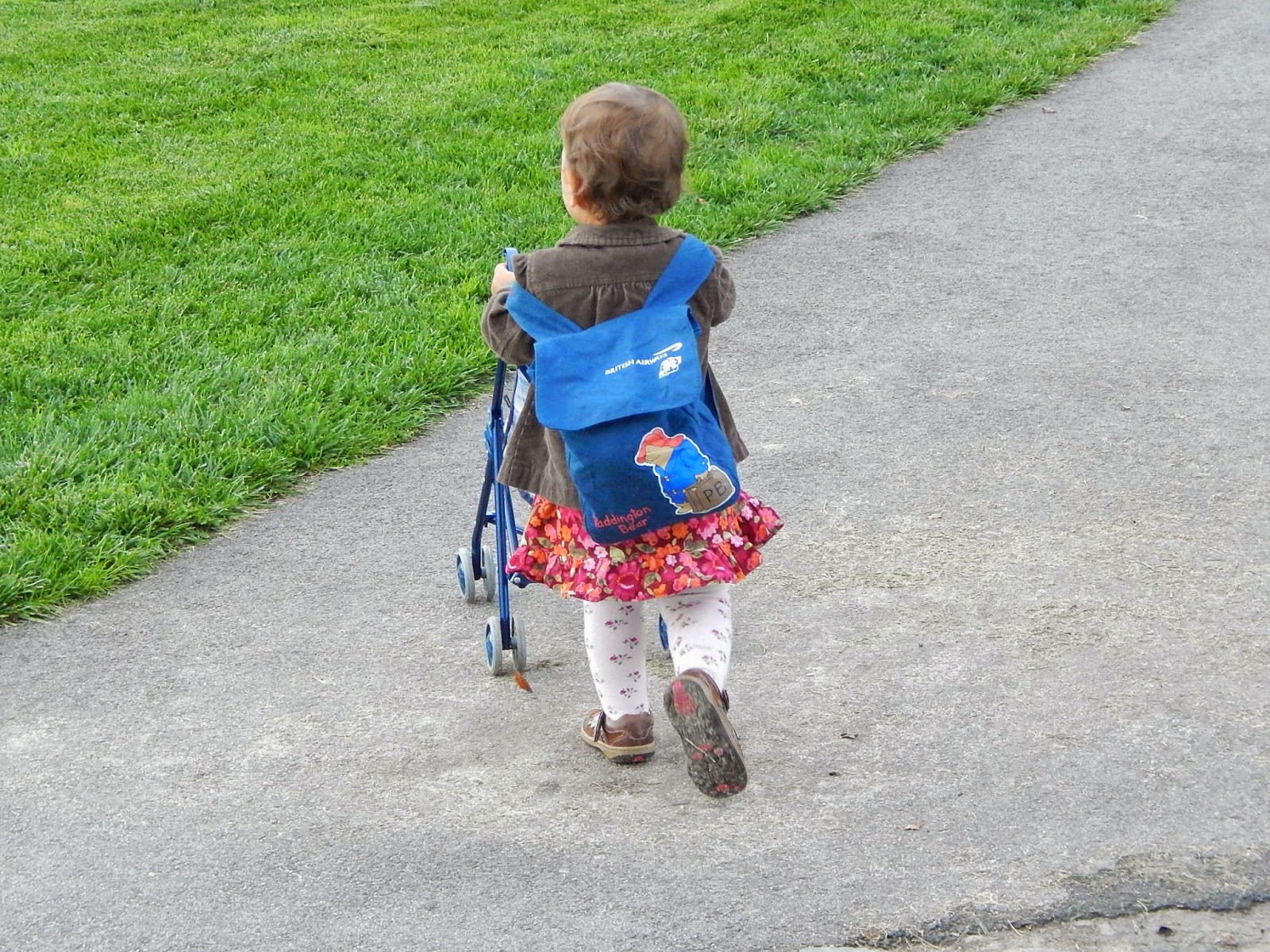 Posted by Emillie at 7:54 PM No comments:

Thank you for the fun!

We have had an absolutely crazy busy Thanksgiving weekend.  It's fairly typical to have Thanksgiving coincide with Brad and my Dad's shared birthday weekend...  but things go out the window crazy when you throw in a few extra visitors, and my family full of crazy food allergies.

I think I might deserve a crown for making 2 birthday cakes, and 2 pumpkin pies!  Each event required double desserts because I didn't think I could make an egg-free, dairy-free, gluten-free, sugar-free, nut-free, corn-free, oat-free dessert that would be anything worth bragging about. 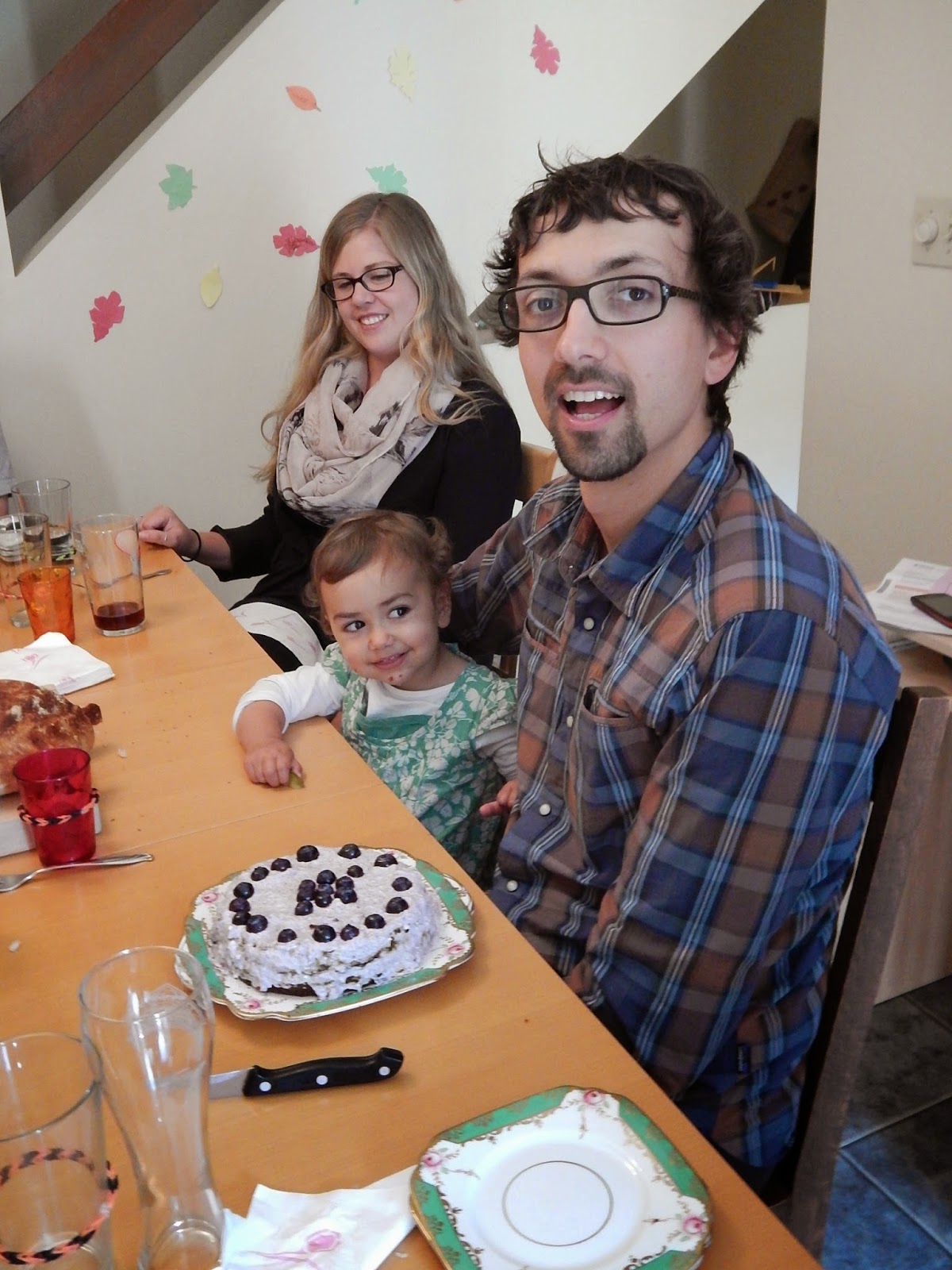 Don't worry Brad, you don't have to eat that lemon-blueberry brick...  I also made a delicious chocolate pear cake!  And those who were lucky enough to eat the chocolate pear cake, asked if I would share the recipe, so I've included it at the bottom of this post. 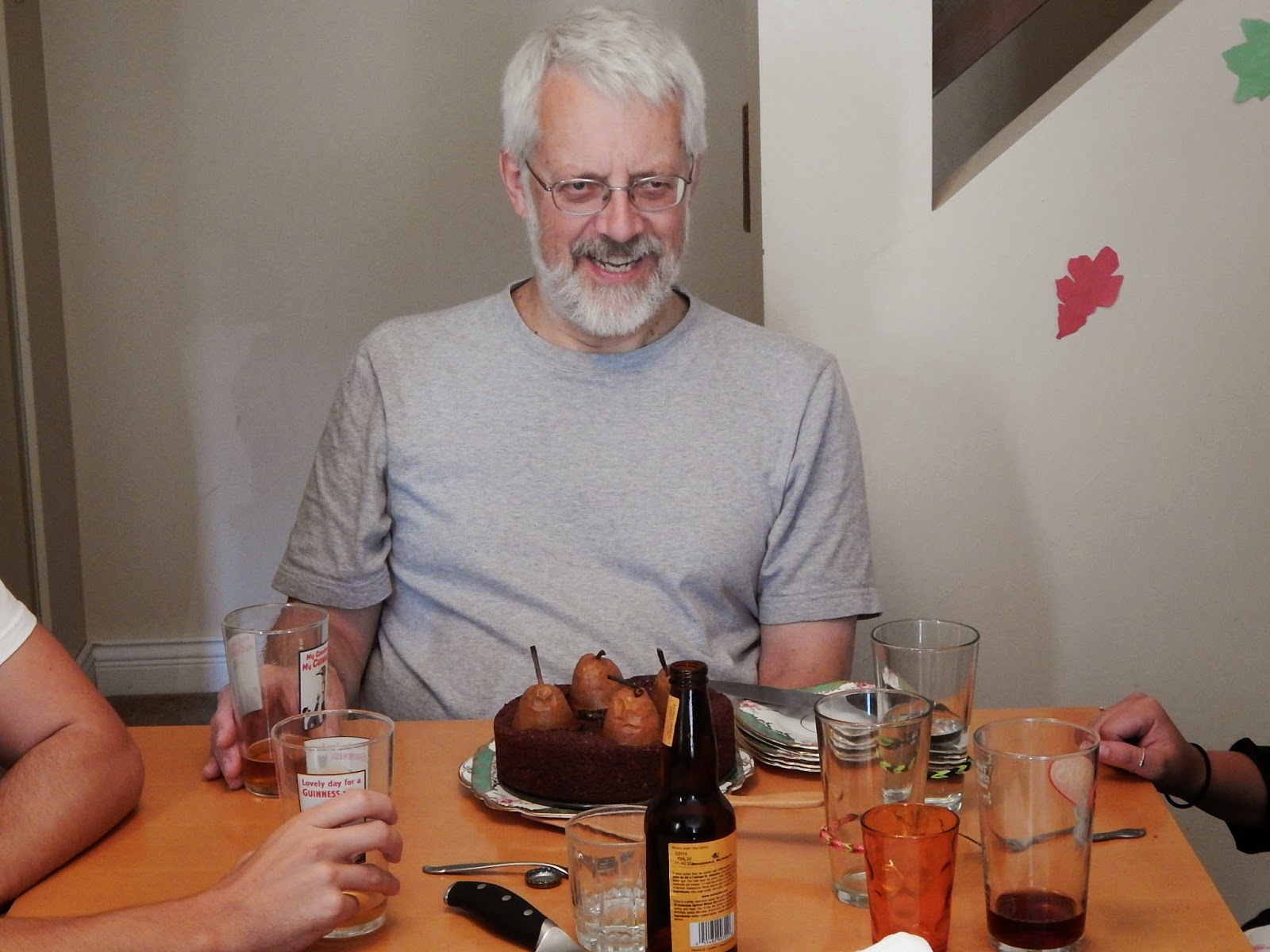 The grand finale of weekend was when Claire and Colin spent the night with Uliana and Nikolai so that I could have my first night off of kid-wake up duty in over 2 years.  (Brad also got the night off, but... between work trips and various holidays... he's had more than a few nights off in the last little while).

We went to the Oak Bay Beach Hotel, spent about 30 minutes soaking in the seaside hot tubs before falling asleep.  We literally were practically comatose as of 7 pm.  Clearly we needed to catch up on our sleep!  THANK YOU CLAIRE AND COLIN!!!

As for the kids, they barely seemed to notice that we had left!  All Nikolai had to say was that "Colin sleeps in REALLY late".  For the record, really late was 7:40am.  But I guess that is forEVER if you wake up at 6am.

Here's some photos of bubble blowing at Fisherman's wharf in our birthday party clothes. 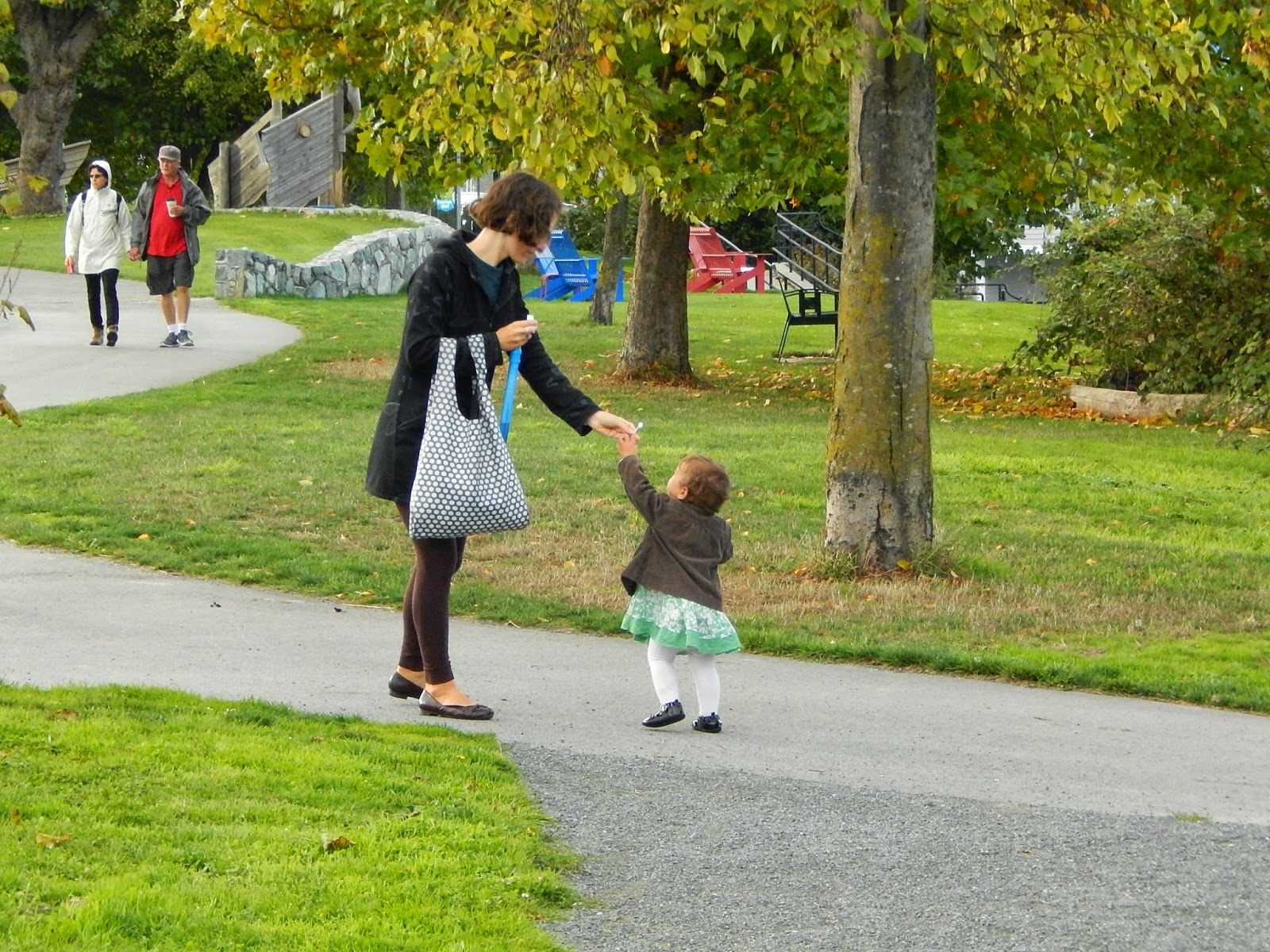 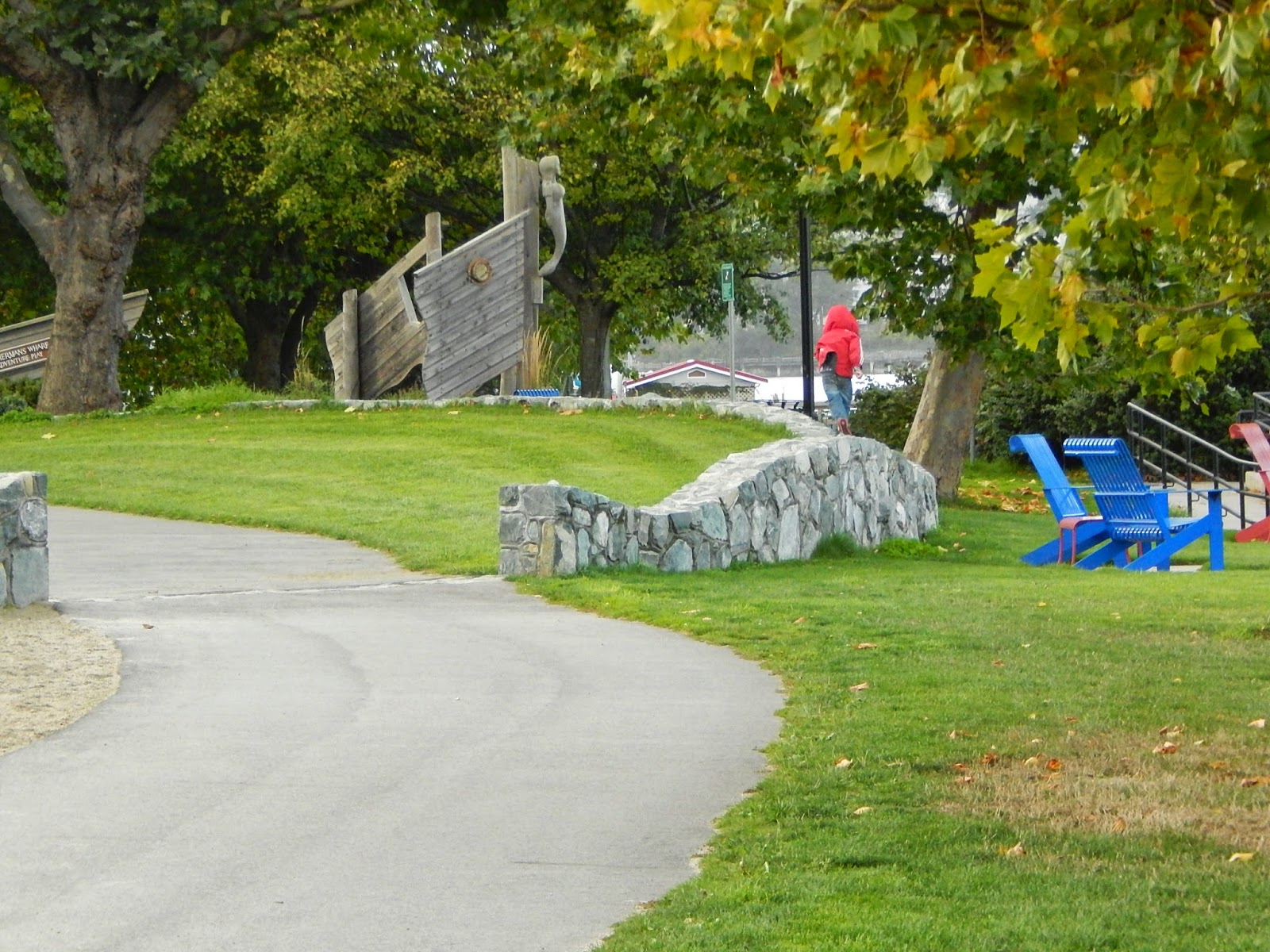 Cream butter and sugar until fluffy. Beat in eggs one at a time. Add the dry ingredients and milk, stir until just combined. Spread evenly in a cake pan. 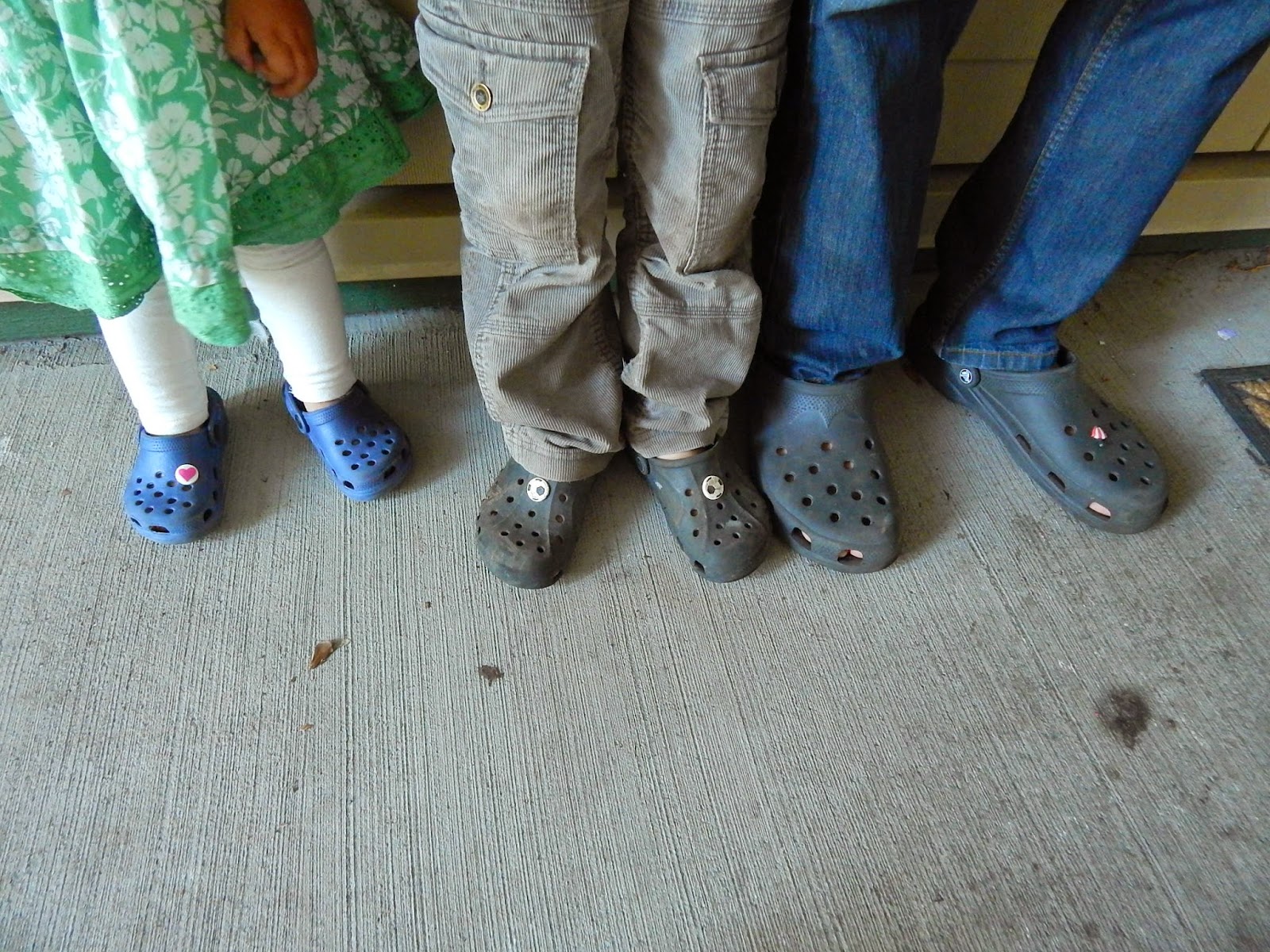 The strike is finally over!  And hopefully by next week, we will have settled down into our usual routine.  Phew!

Classes officially started last week.  Though due to some changes in the teachers' contracts, classes needed to be reshuffled. So last week Nikolai bounced between various classrooms and teachers.  He didn't land into his final classroom assignment until this Monday.

Which means this week is full of catch up from a month of disarray.  Today is the Terry Fox Run, tomorrow is Class Pictures Day and Friday is the first hot lunch day.  He starts with the swim club tomorrow and has his music class on Fridays.

Meanwhile, I have been doing child care swaps with Uliana (got to get writing!), going to playgroups and kinder-gyms.  Suddenly the free and easy days of summer have transformed into a fully scheduled fall.

Even our weekends aren't that footloose and fancy free, as Nikolai suddenly has party invitations piling up!  One of the advantages of befriending many of the boys AND the girls in his classes. Although it's always a challenge for me to deal with the treats and cake that come along with the parties.

Here's some photos from Nikolai's first day at school.  Looking like a serious first-grader. 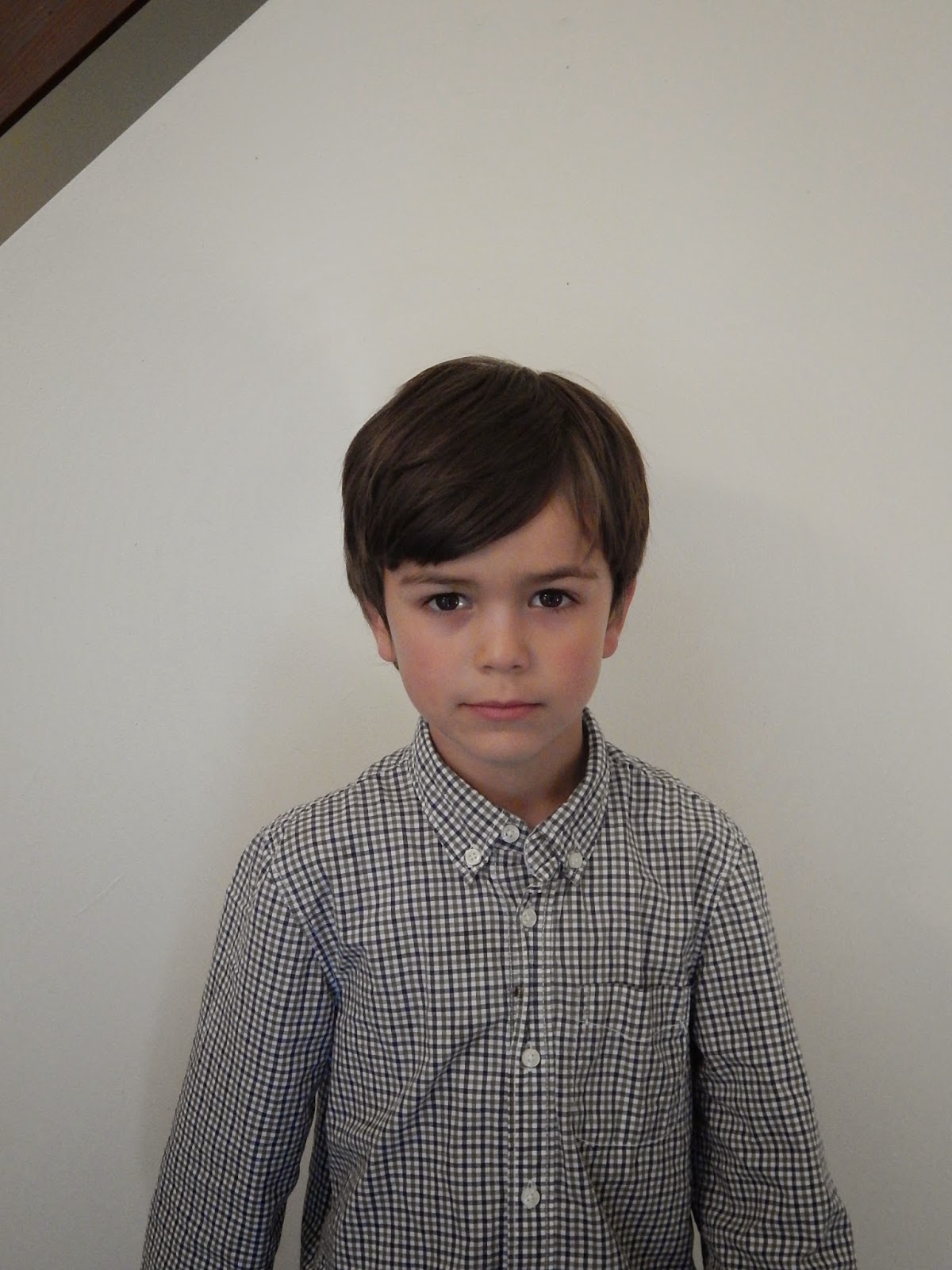 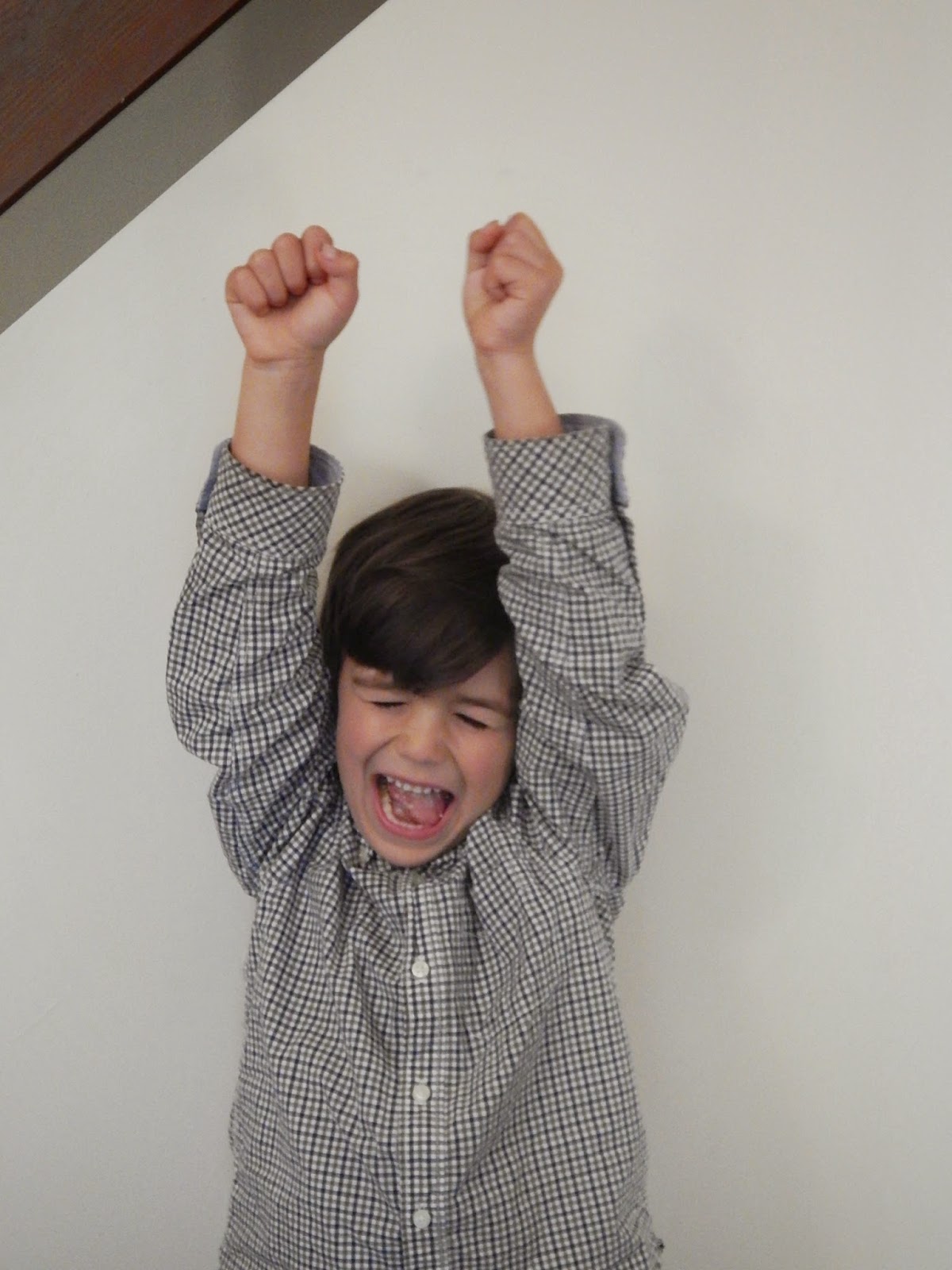 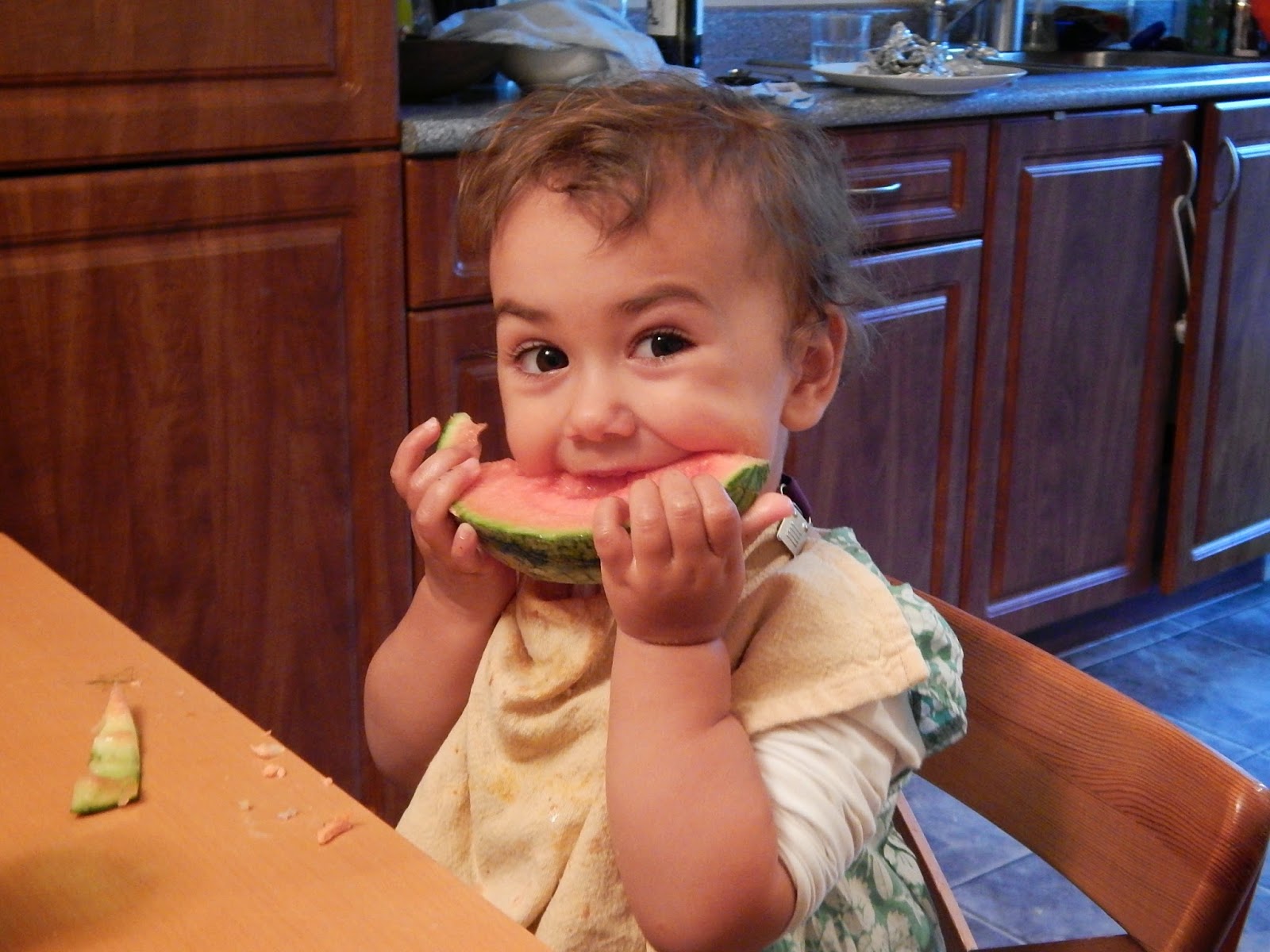 Her hair does go curly when it gets wet.  The only trick is that washing her hair is a bit like trying to wash a cat.  Even earplugs don't help block the screaming... so it doesn't happen that often. 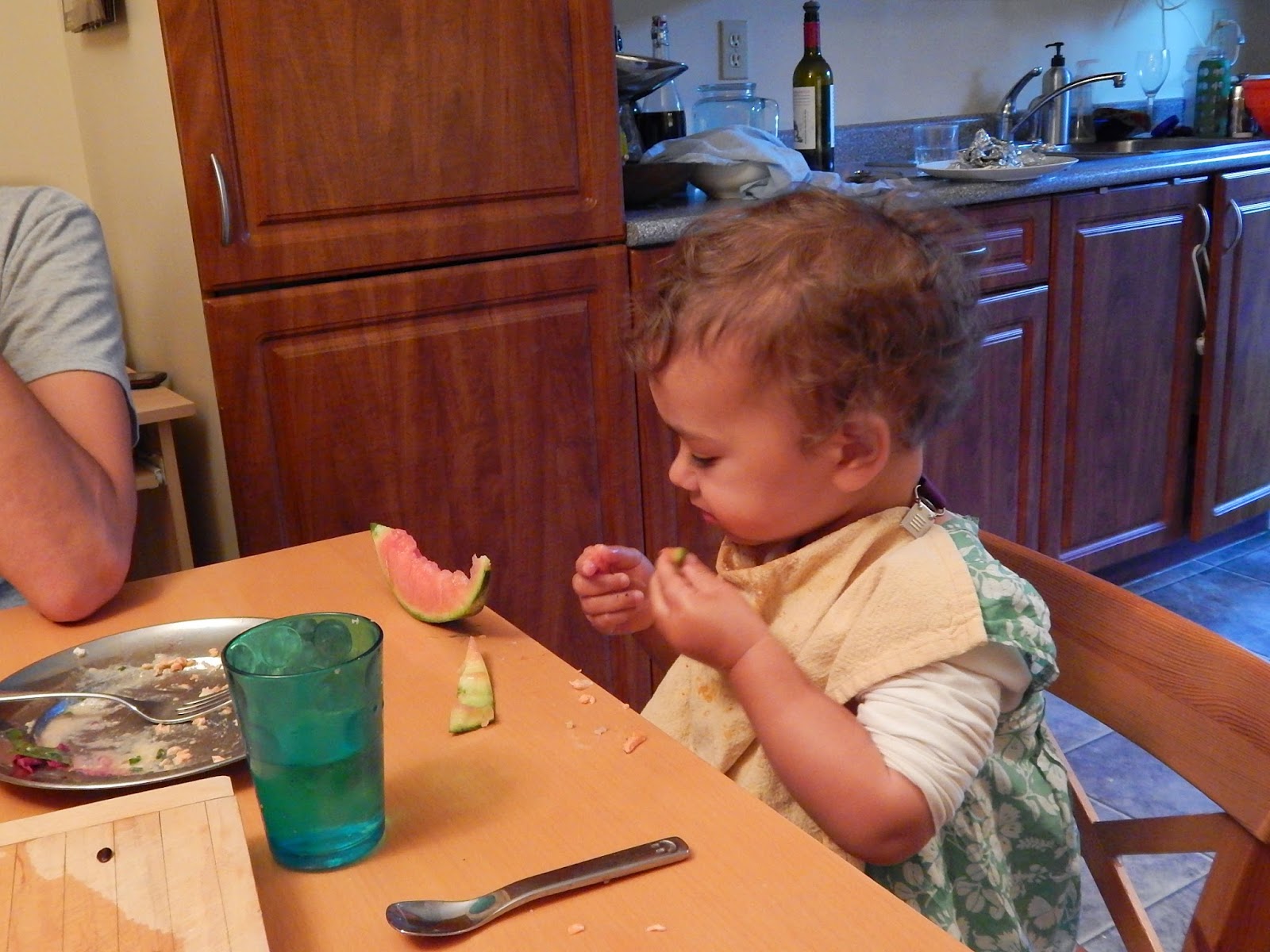 Posted by Emillie at 8:59 PM No comments: