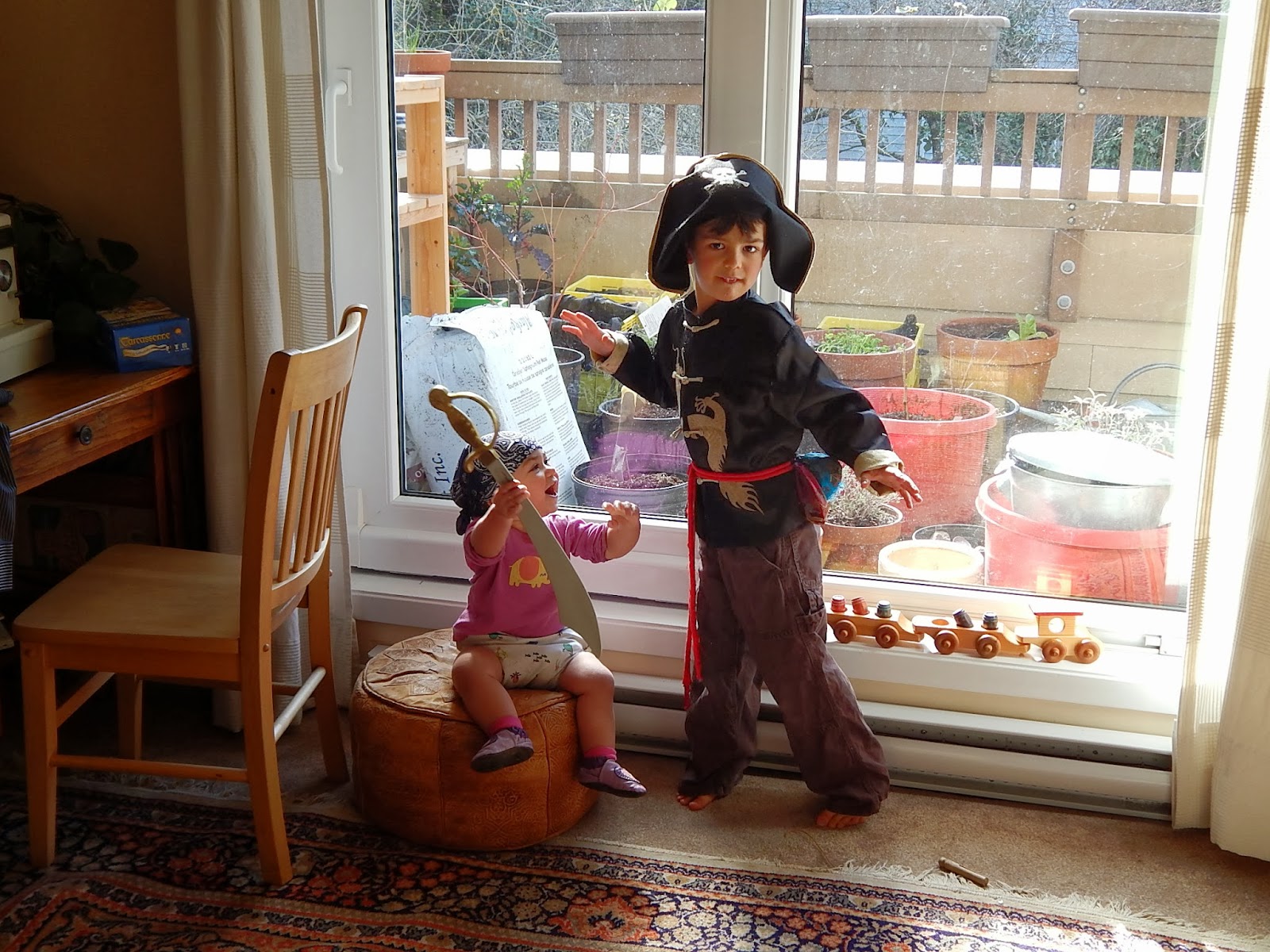 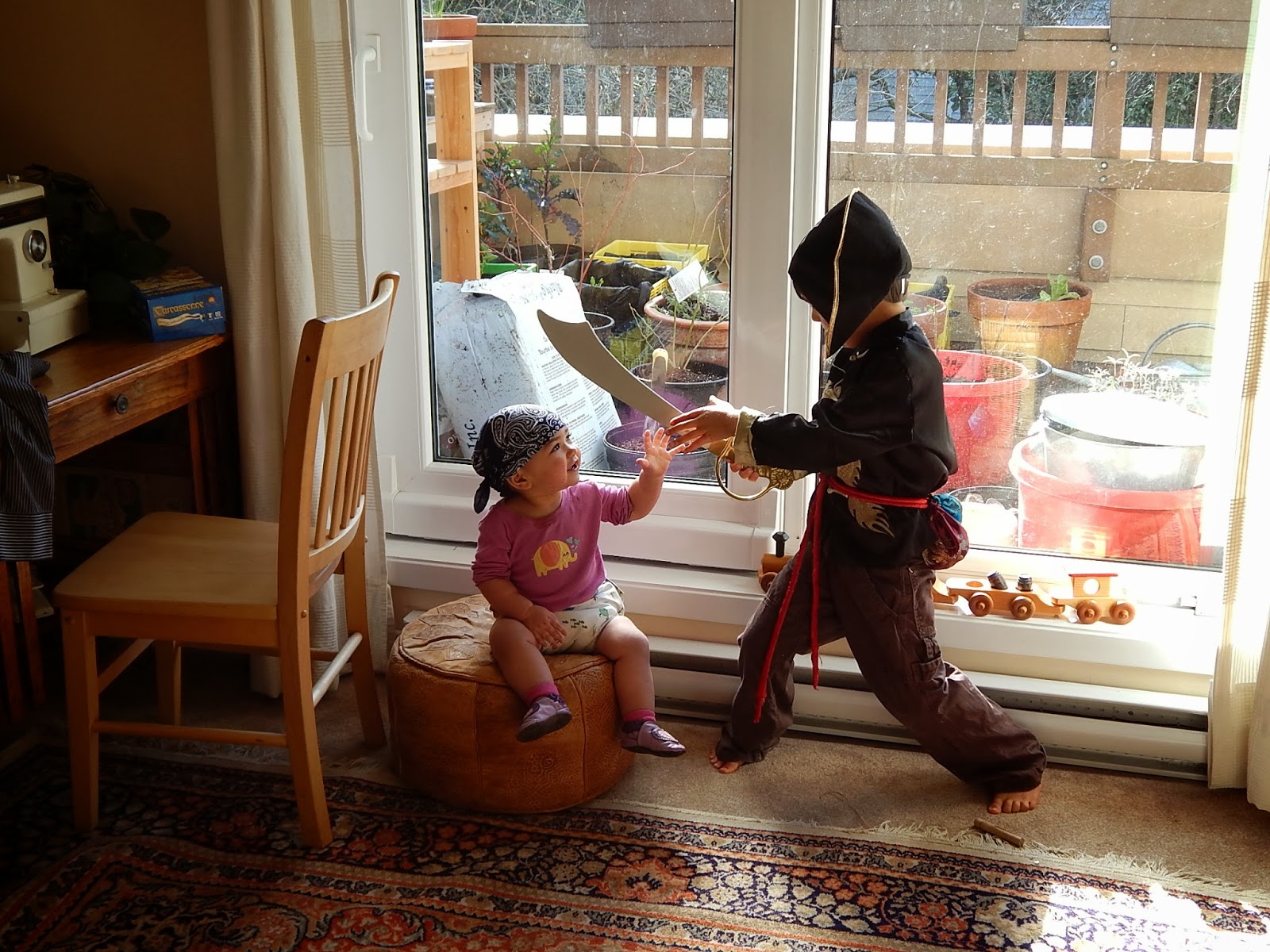 Life is about to become all together too exciting.

And I have spent the past few weeks wondering if perhaps we're a bit crazy to consider backpacking around Europe with kids?

First there's the fact that Uliana hasn't done much traveling... and she is still the sort of kid who would prefer it if everything was always the same. Her usual response to changes in our schedule, is 1 hour of crying at bedtime...

Then there's the fact that Nikolai and Uliana have spent the last two weeks trading seasonal illnesses back and forth.  They've had it all... fevers, sore throats, stomach flu, and endless runny noses. Naturally they aren't in isolation... nearly EVERYONE we know has been sick multiple times in the month of February. Regardless, after all the "cleaning up" I've had to do this weekend, I'm left hoping that washing with soap and water will keep the flu away.

Then again, perhaps a little excitement is just what the doctor ordered? I'm one exhausted Mom who sincerely hopes that to be the case.

In the meantime, I think we'll fight off this unseasonably cold weather with some warming slow cooker recipes. 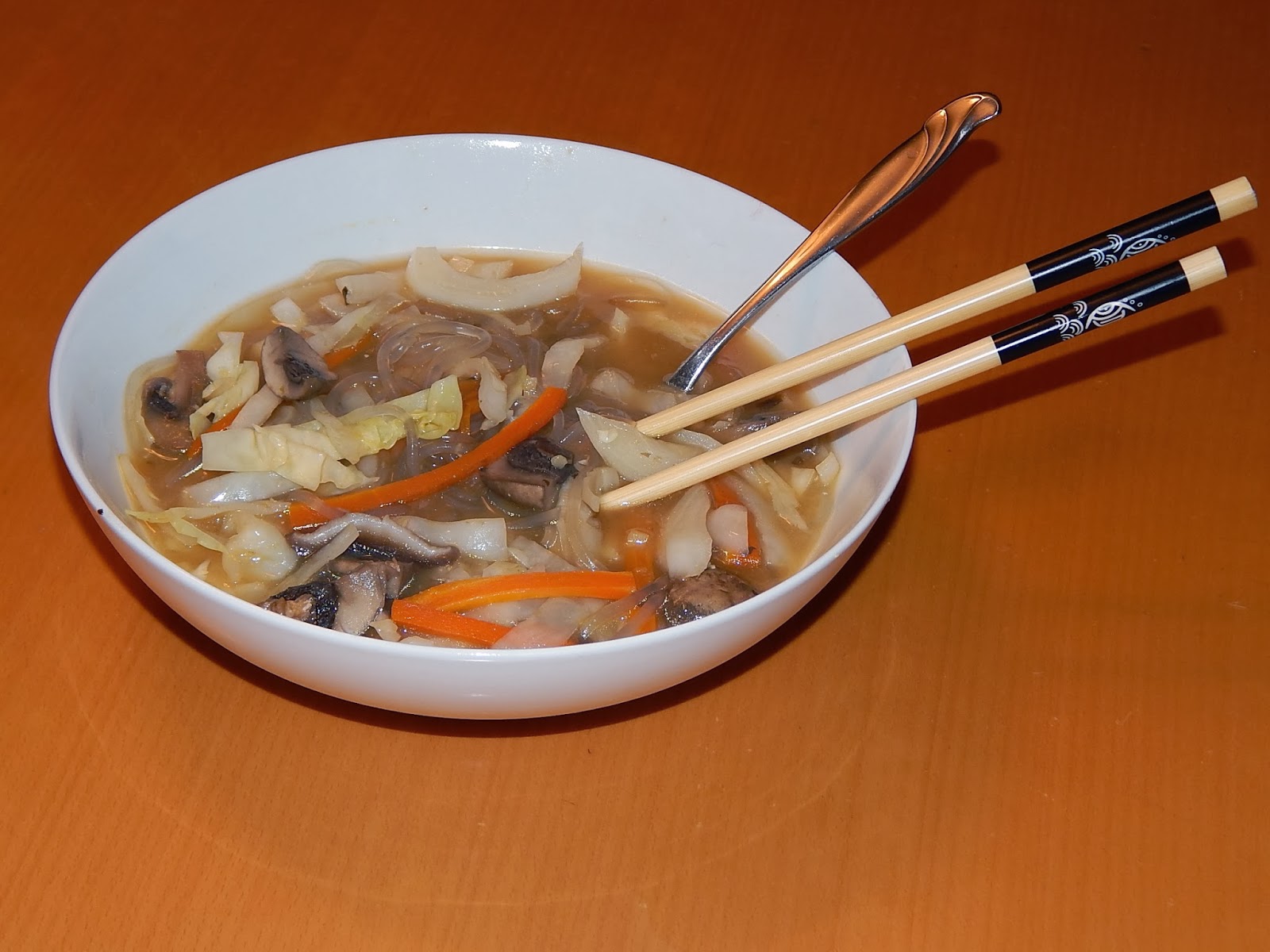 Saute 1 tbsp of freshly minced ginger and 4 cloves of mince garlic. If using a slow cooker put all the following ingredients into the slow cooker: 7 cups of water/broth, 4 cups of chopped firm vegetables (I used carrots, white mushrooms and shitake mushrooms), 1 tbsp of diced seaweed (wakame is traditional).

Cook on low for 4 hours, or high for 2 hours.  Then add 1/2 lbs of noodles (we used sweet potato noodles for something grain free, but rice or buckwheat soba would both work too) and 2 cups of soft vegetables (I used cabbage).  Cook on high for 1 more hour.

Then remove 1 cup of broth and stir in 1/4-1/2 cup of miso paste (yellow is mildest) return to the pot.  Then season to taste (it will depend on the saltiness of your miso).  It is best to buy refrigerated miso because it will be probiotic.

**Note, you could also make this on a stove top.  Simply simmer it all in a pot for 20 minutes, then add the noodles and cabbage and simmer for 7 minutes more. 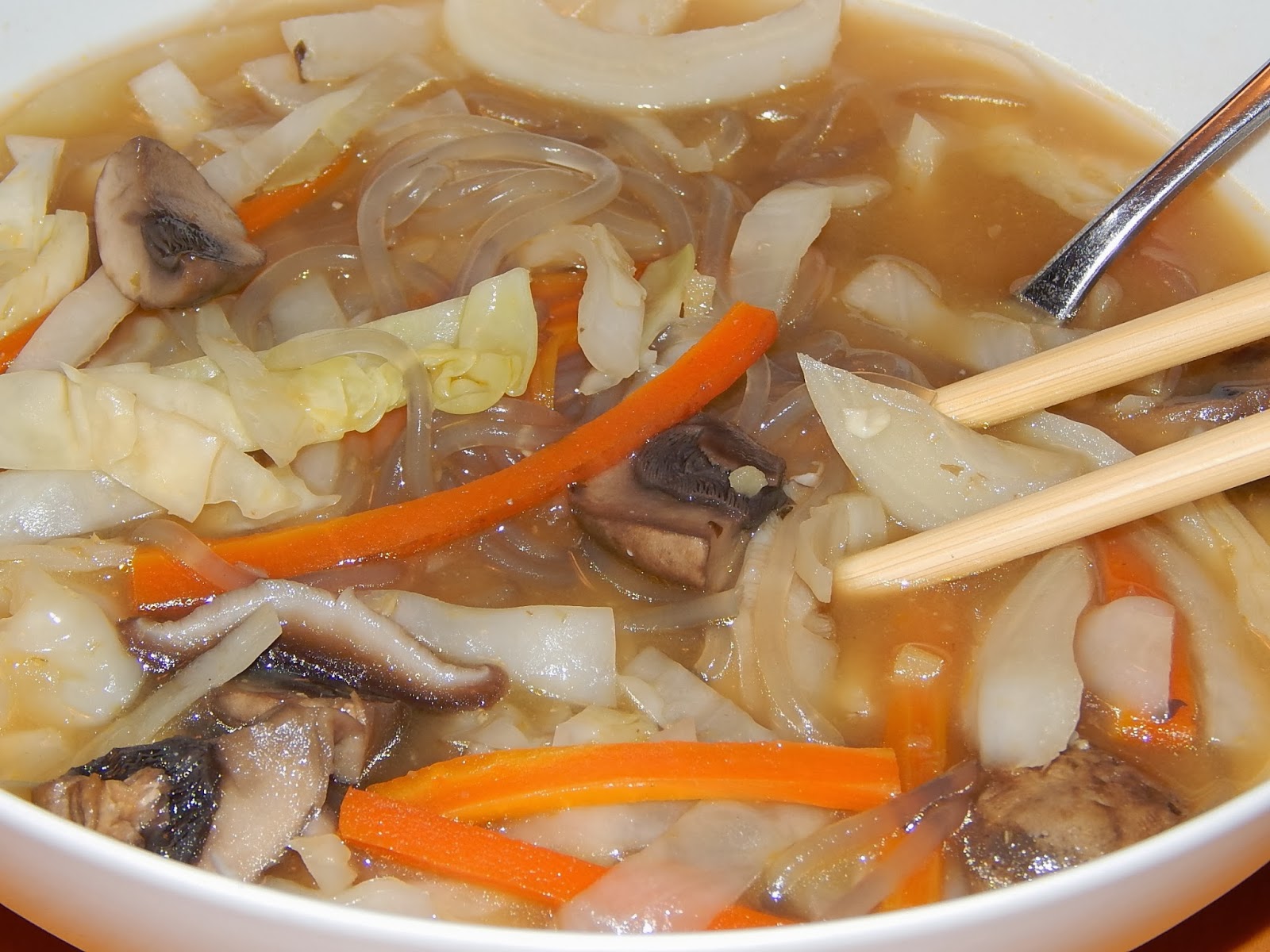 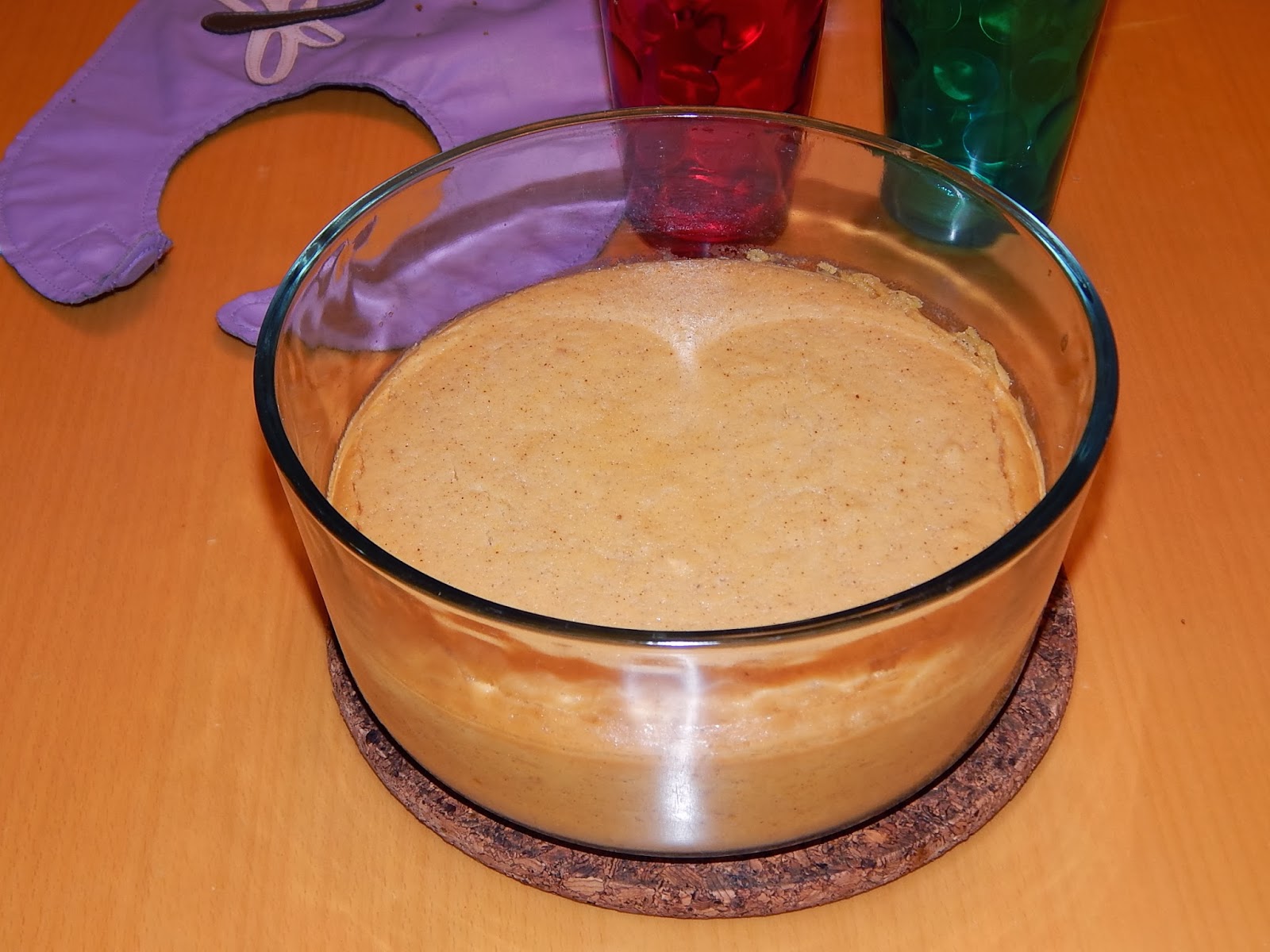 Pour it into an 8 cup glass dish that will fit in your slow cooker (you could also fill smaller individual dishes). Cover with tinfoil and secure in place with a rubberband (or string).

Place into slow cooker and pour 1" (5 cm) of boiling water into the bottom of the stoneware.  Cook on high for 3 hours, until set.

This would be nice topped with toasted nuts and whipping cream, but we enjoyed ours plain.
Posted by Emillie at 9:58 PM No comments:

There's an arc that your feet will ride. 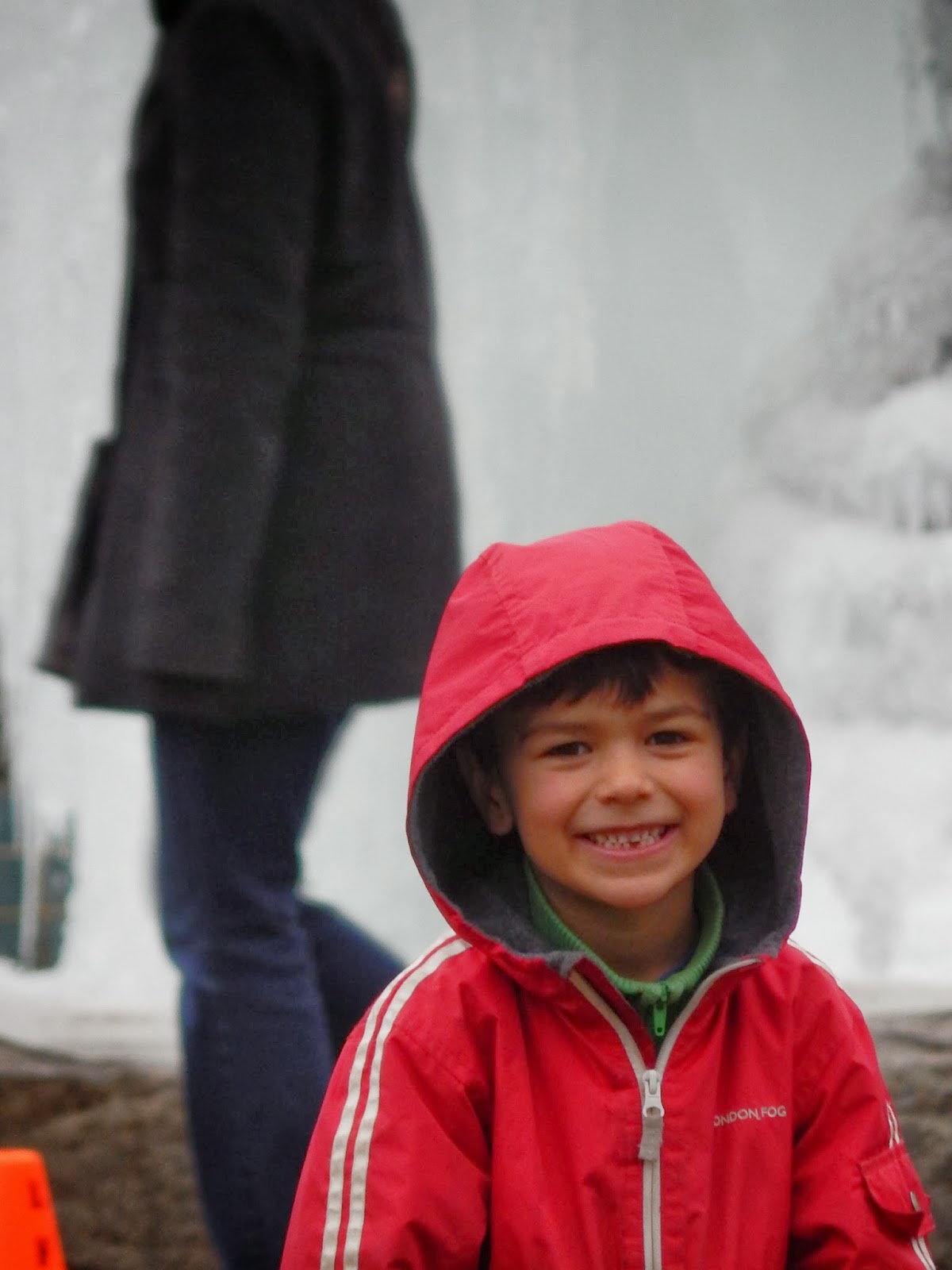 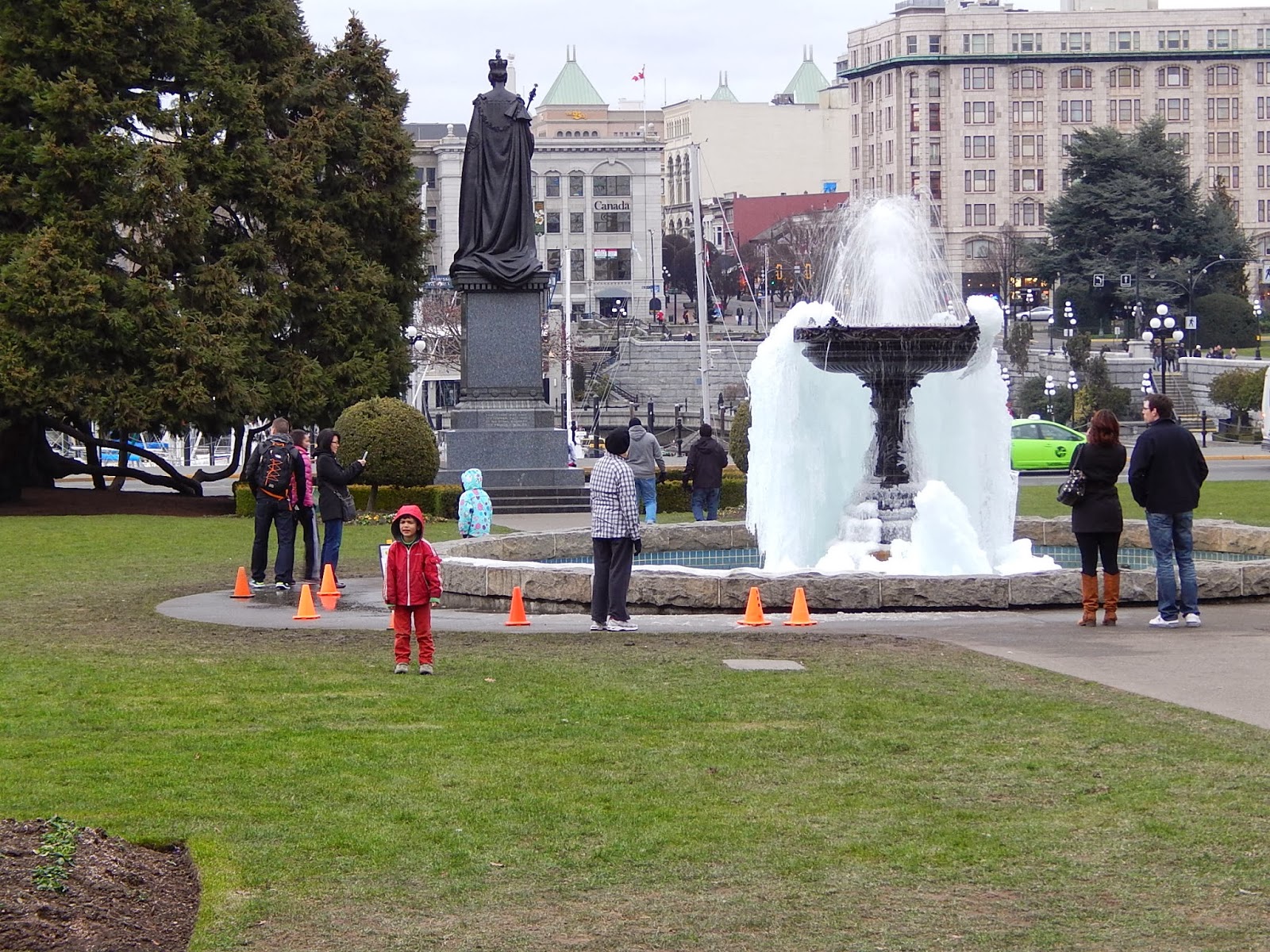 There is something wonderful about shaking up your life and your daily routine. It allows you to see the world through a different lens and you often come out all the better for it.  Trying a new diet, (like our grain free diet) even for a week or two, will require you to cook "outside the recipe box".  So we have tried a number of new recipes that are so good I wish I'd tried them sooner!

Here are a few things that are definitely off-the-beaten-path, and will probably solidify my status as a crazy-hippy-granola parent!  Why not join us in our land of sparkly unicorns?

Fancy, expensive and garbage intensive nori snack packs are very cool at the moment around Victoria.  It is a lot of parents' go-to snack because it is generally seen as healthy and easy.  My issue is that they tend to be high in salt and wrapped up in wasteful packaging.  However the big sheets of nori (usually used for sushi) are just as fun and healthier!  The kids love ripping up the sheets, and I love giving it to them as a pre-dinner snack that will keep them busy without filling them up.

Chia seeds are a bit pricy, but they are a nutritious way to add protein and thicken a smoothie.  They can also be used to thicken puddings.

Put 1/2 cup of chia seeds into a blender or food processor. Grind them as much as you can (if you don't grind them they will just be like little pearls of tapioca which is fine as well).  Add the following ingredients and blend to combine: 2 1/2 cups of milk, 3 tbsp sweetener, 1 tsp vanilla, 3 tbsp cocoa powder.

Pour into a jar and refrigerate for at least 3 hours.  Occasionally give the jar a shake (or stir) to keep the cocoa powder and the chia seeds from settling.  Eventually the chia seeds will have fully absorbed all the liquid and the pudding will be thick.

Bring two cups of berries and 1/4 cup of water to a boil. Mash the berries to the desired consistency and sweeten to taste (depending on the type of berry).  Stir in 1/4 cup chia seeds and leave to thicken just like the chocolate pudding. 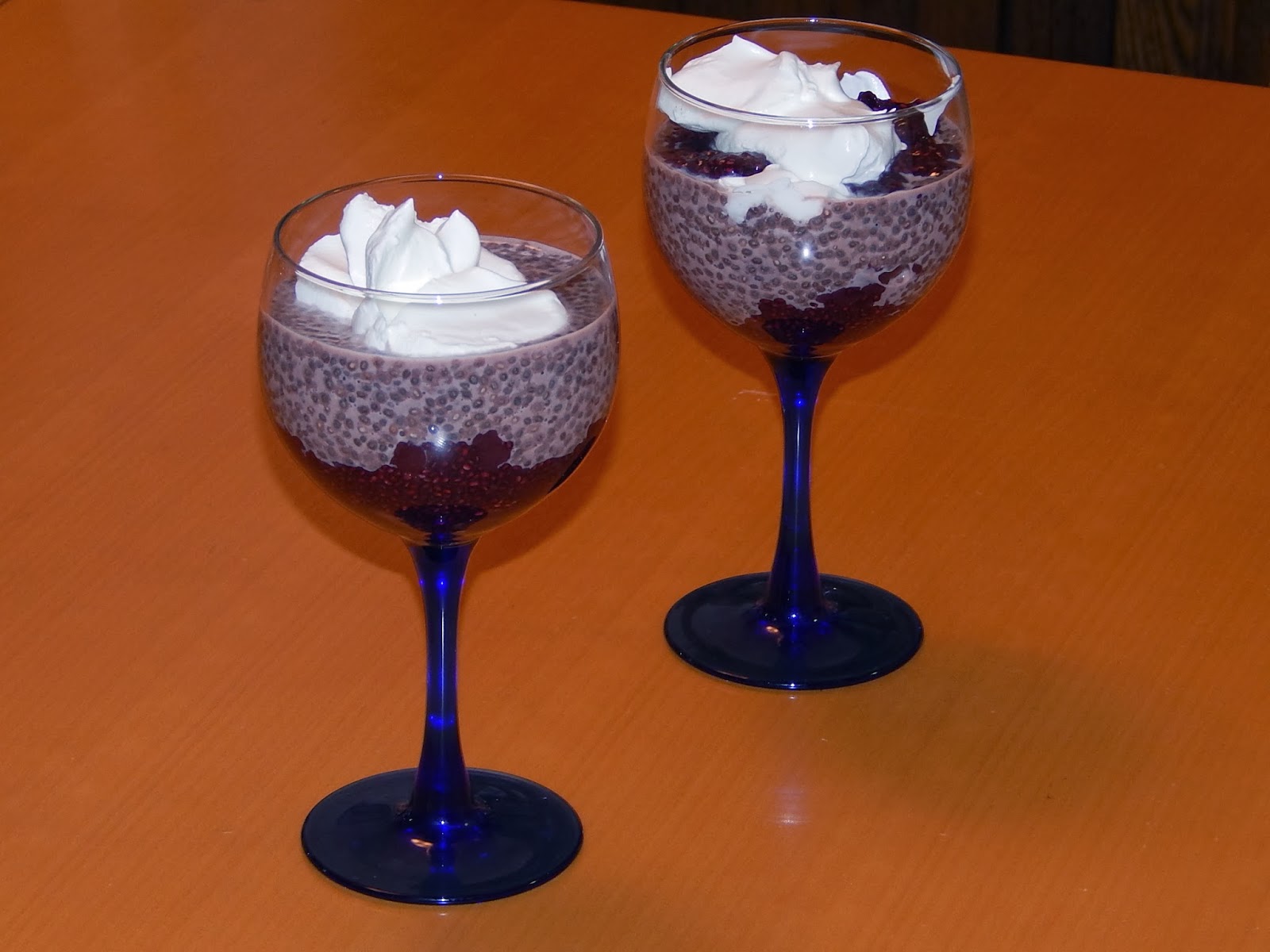 Layer chocolate pudding and cherry pudding in a serving dish, then top with whipped cream.

Though Nikolai and I did not do well on sprouted quinoa nor sprouted rice, we have found that fermented cereals (oat, rye and spelt) are great!

I'd like to encourage everyone to try the recipe below. It is pretty easy, and makes a sourdough tasting porridge that is both pre and pro-biotic!  Now I'm not an expert in nutrition, but in world of healthy-traditional-foodists fermented grains are considered to be more digestible because a lot of the anti-nutrients have been broken down, along with the difficult to digest carbs and proteins (ie. gluten).  Whatever the case, a big bowl of soured oatmeal doesn't leave me feeling sluggish or bloated so I'm going to keep eating it!

In the recipe below everything is in proportion. It's written for 1 cup of oatmeal and you can scale up from there (as a family we eat 2.5 cups).

1. After dinner, take 1 cup of rolled grains and 1 cup of warm water (approx 40 C, 110 F) and stir in 1 Tbsp yogurt (cultured buttermilk or kefir would work as well).  Make sure the water isn't over 40 C or you will pasteurize all the bacteria out of your culture.

2. Then leave it overnight covered a tea towel in a warm location. To use the Irish expression, we leave ours in our hot press... (where our hot water heater is located), but you could also leave it on the top of your fridge or near a heater.

3. The next morning pour the soaked cereal into a pot and add 1 - 1.5 cups of boiling water and simmer until cooked.

4. Enjoy it anyway you normally like your porridge!
Posted by Emillie at 9:17 PM No comments:

Caught a dragon fly inside a jar 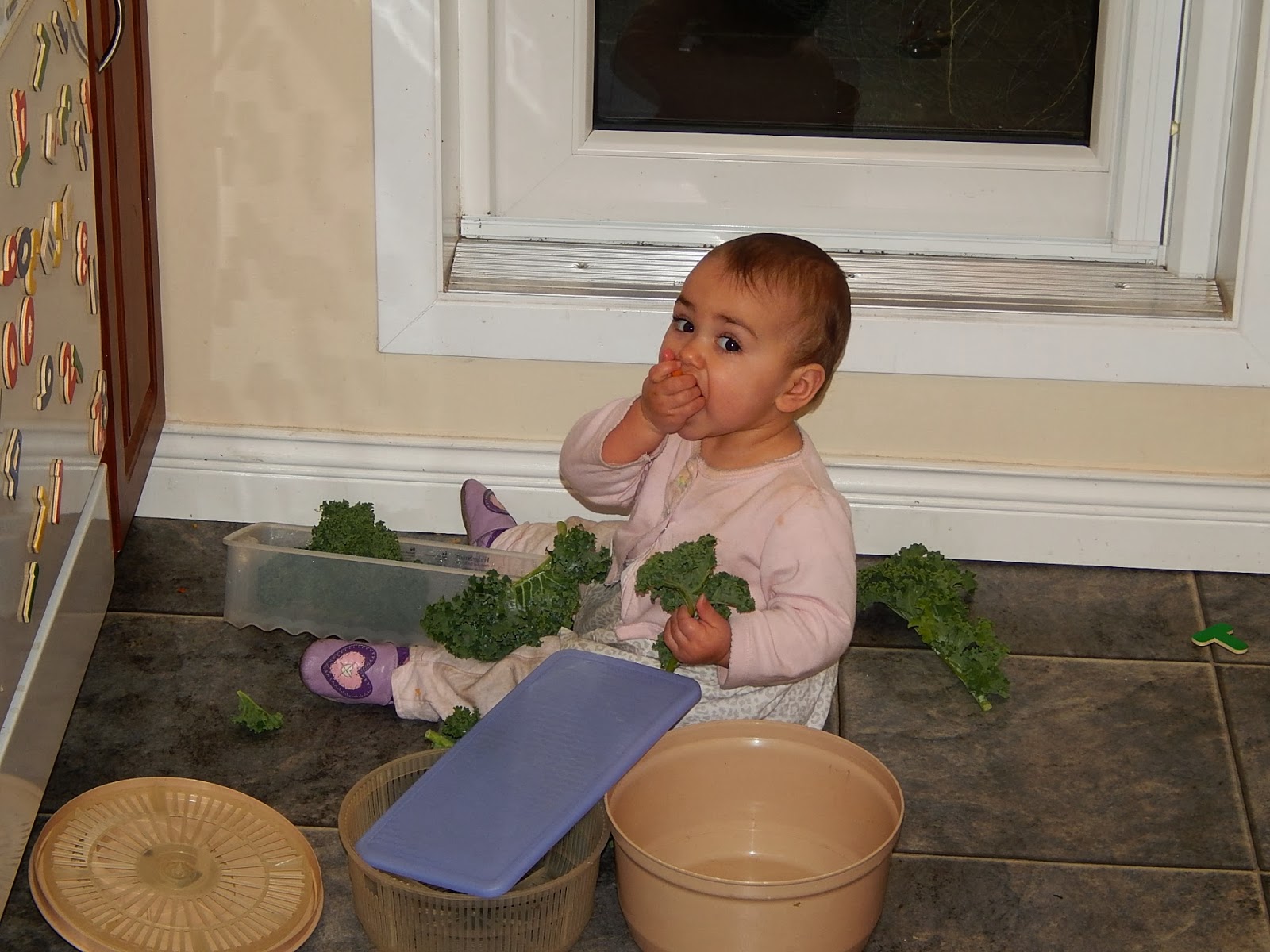 Maybe it was the black moon on the day of the Chinese new year,

or the arrival of the cherry blossoms and bees.

What ever it was, both Nikolai and Uliana leapt over major milestones this week.

Nikolai's milestone is best described by this smile: 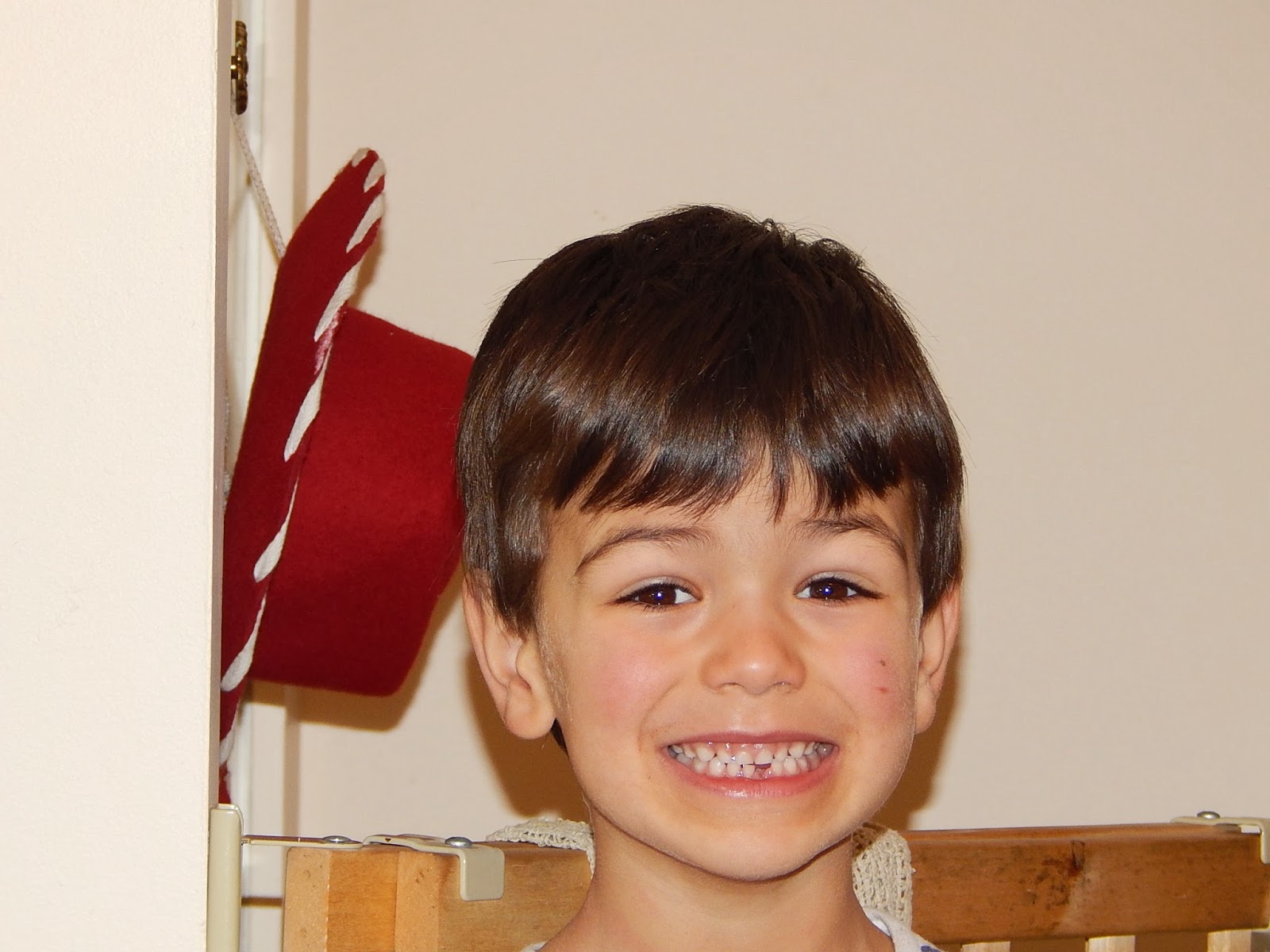 Though the smile is not one that beams with pride, as he rather missed having that baby tooth in his mouth.  He missed it so much that he carried it around with him and lost it within just a few hours.  Everyone combed the floor, searching for the tooth, but we simply could not find it.

Nikolai's tears were only partly assuaged by writing a note to the tooth fairy explaining the situation. (He even woke up twice in the night with tears.)  Luckily his tooth fairy, Tangle Silverbranch, replied saying that Nikolai could have his tooth fairy money as long as he kept the tooth for himself if he found it. 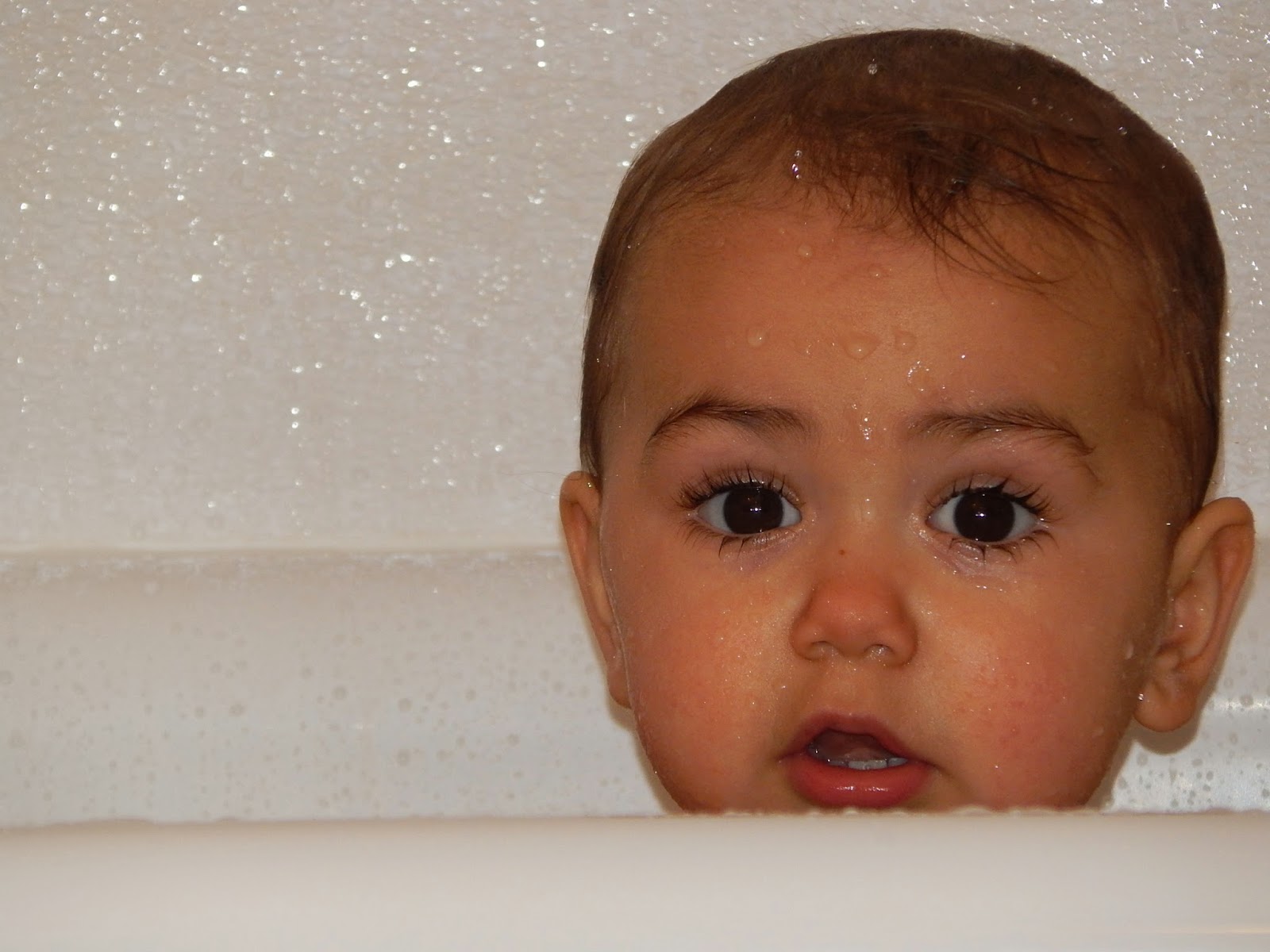 Uliana approached her milestone with her usual amount of caution.  One cautious step on Saturday. Three cautious steps on Monday. Five cautious steps on Wednesday. She still needs coaxing to let go of someone's hand, and is so giddy with excitement that her short walks usually end with her collapsing in laughter.

Uliana is also practicing talking. She has some words that she uses regularly (Mama, Papa, Teddy, Cheese, Uh-oh, hi, hello, bye) and she's constantly adding things to her repertoire.  Yesterday morning she said K-lai much to Nikolai's great delight. 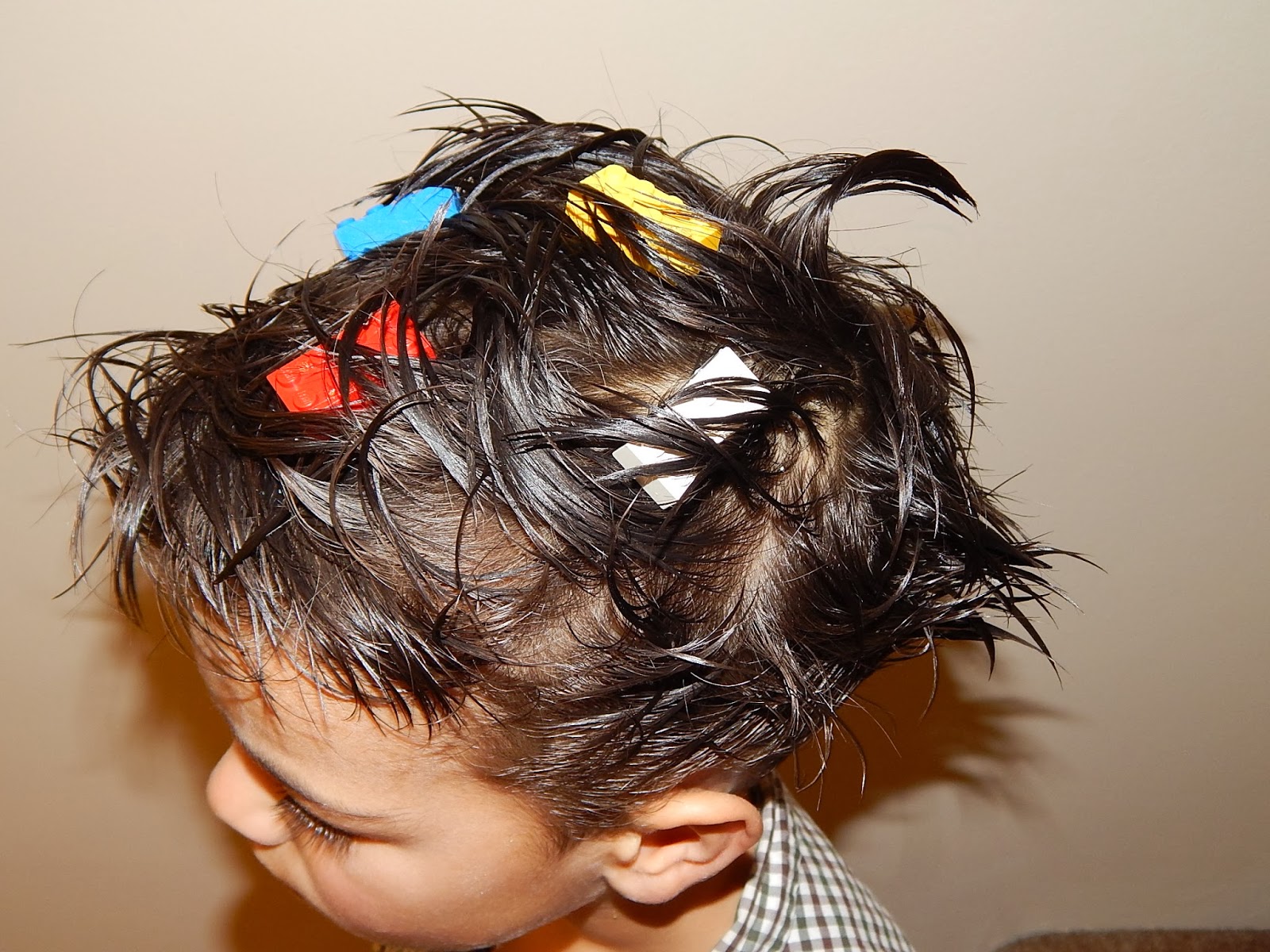 Phew! It seems like a lot has changed in just a few days (and I'm not just talking about Nikolai's crazy hair style). Meanwhile... we are still grain free (introducing sprouted grains didn't go that well...) so here is a recipe for a grain free Italian meal! 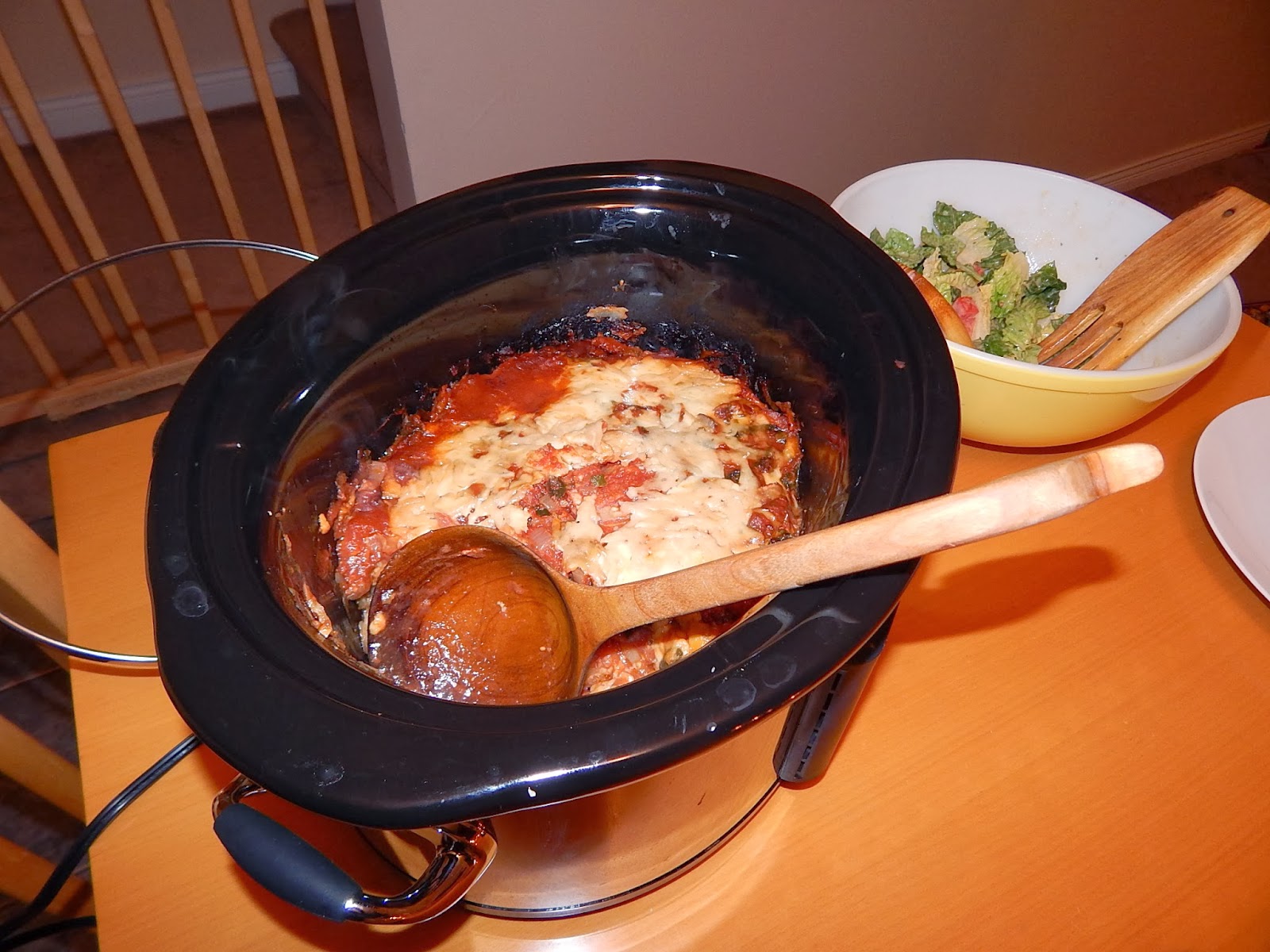 Typically this recipe is for a quick tomato sauce that is used to braise a tough steak. In my version I used the tomato sauce to top layers of potato and cheese.  It made for something that is reminiscent of a lasagne or a pizza while actually being neither.

I got the slow cooker for Christmas... and it is my new love.  It lets us do something fun after school... while still getting dinner on by 5:15pm for my crazy hungry/tired baby.

Prepare a quick tomato sauce of your choice. (I like to use 28 oz crush tomatoes, 1/2 cup of dried red lentils cooked, 1 deiced onion, 2 cloves garlic, 1 tsp oregano, 1 tsp basil, salt and pepper to taste). I would also cook any vegetables I had around the kitchen into my sauce.  The pictured version had chard, but you could use anything that appealed (grated root vegetables, peppers, mushrooms, zucchini, squash).

Thinly slice 2 lbs potatoes. (Santa brought Brad an amazing mandolin for slicing and grating. It is also a favourite around here. You also need to grate some cheese, but I'm not saying how much as everyone has their own taste.  We would probably use around 2 cups of mozzarella.

Spread a layer of potatoes around your baking dish and season to taste. Pour over a layer of sauce and sprinkle with thin layer grated cheese. Repeat until all the ingredients are used up, then finish with a heavy layer of cheese.

Then bake at 400 F until the potatoes are done. (Slow cook on low for 6-8 hours, or on high for 3-4 hours. If you are using the slow cooker, be sure to cook all the water out of any added vegetables or your pizzaiola will be soupy.)

Posted by Emillie at 3:56 AM No comments: