A tail of two fishes

The most "famous" aquarium in BC would have to be the Vancouver Aquarium.  It is obviously the largest, and has the most varied animals.  (For those of you who haven't heard of it, it is most famous for it's belugas and dolphins. Though I'm not going to comment on the ethics of keeping large roaming animals in rather small pools.)  --Note the picture is retro 2010-- 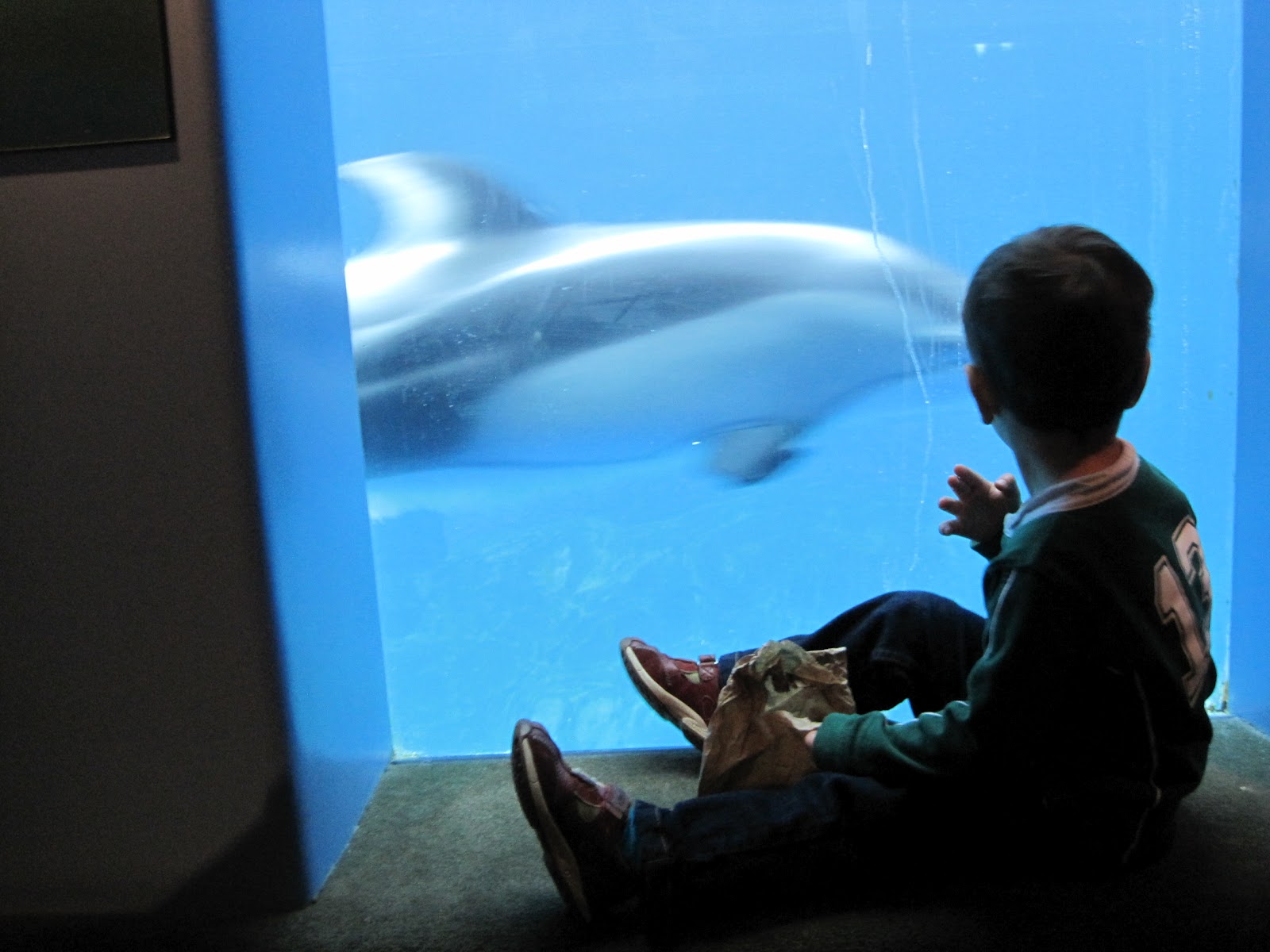 The aquariums on Vancouver Island are much less famous and much smaller in scale.  This summer we visited both the floating "Under Sea Gardens" in downtown Victoria and the "Ocean Discovery Centre" in Sydney.

The Under Sea Gardens would definitely qualify as a major tourist trap.  Moored up beside the Wax museum and across from the Parliament Buildings, it definitely wins for the prominence of it's location.  However, if the beluga tank in Vancouver seems at all small, then the Under Sea Gardens is more akin to a sardine can then a "natural" environment.  The tanks were definitely dirty and over full.

The lady handing us our tickets optimistically told us that it would only take about 10 minutes to tour the space.  I'd say we were done in less than 5 minutes, and even then we dragged Nikolai around the place twice.  It really wasn't that engaging.  However, their claim to fame is the hourly "Theatre Performances".  Nikolai was keen on a plot and a story, but the 20 minute show involved some prerecorded information about the sea creatures, and a diver who's job it was to drag the fish/animal in front of some viewing windows based on a timed schedule. 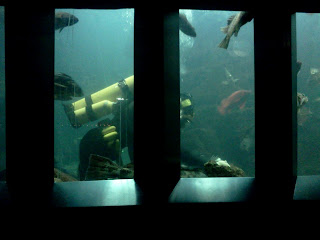 The saddest part of the presentation was when he struggled to show us a rather reluctant octopus.  I have a theory that octopuses are ACTUALLY the smartest creatures on the planet.  They can change their skin colour and texture to communicate with each other.  They can move in the water and on land.  They also show many signs of learning and intelligence. We are just so LUCKY that they don't live for more than 3 years, or we'd probably have some competition for our established place in the world.

By comparison, the Ocean Discovery Centre in Sidney BC provided a nice interpretive experience, focusing on our local sea life.  It's a bit off the beaten path, but Sidney has a nice shopping district and it's close to the ferry terminal and the airport, so it's not too far off the beaten path.  The Centre has few displays of fish in tanks. However, it leans more towards the interactive and educational displays, with crafts and microscopes to keep kids busy.

Really, everyone's favorite part was the "petting aquarium".  It was filled with all the creatures you would find in our local tidal pools, with a few knowledgeable staff members on hand to explain everything and encourage the children to pet a spiky anemone or a sea cucumber. 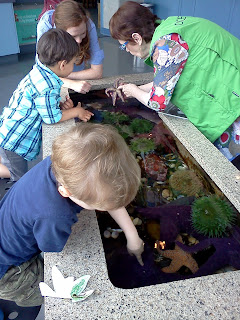 But if a free sea life adventure is more your style, then you could always explore the intertidal pools on your own, or go down to feed the rather domesticated seals at Fisherman's Wharf. 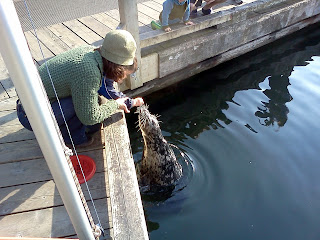 --Sorry about the poor photo quality.  We only had our phones with us on of these occasions.--