A bit of Ireland 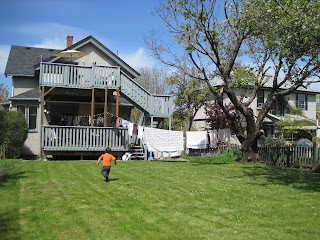 It's been quite a while since I touched on Ireland, but I decided to blog about a few products that I think would be hits if I were to import them over here. I did this while we were in Ireland and it turns out that some of those products actually made it over here (grow bags now abound).

Also there is a few Irish/British food shops in Victoria so I can't miss things like imported Cadbury's Chocolates... though I do wonder why British Chocolates are mostly Fairtrade, and the same brands found in my local stores aren't!  Clearly, the average consumer in Canada doesn't care that much about Fairtrade.  But after hearing a radio documentary on the child labour practices in the Chocolate industry, I do care... which really limits me to only two brands of chocolate (unless I go to the English Sweet Shop to buy imported Cadbury's chocolates).  And for any potential visitors who are afraid of missing that distinctly Irish flavour of tea, we can get Barry's tea at two shops on Government Street (Out of Ireland, and the Irish Linen Stores).  However, I still think an AVOCA store would do awfully well in Victoria.

We'll start off with a product that I actually DID try to import.  Bamboo Charcoal.  As it turns out, new regulations consider it a "combustible product" (even though it's perfectly stable, and not burnable at all).  So I could have a small amount brought over for personal use in Claire's checked baggage, but I could not send a crate over.  And why would I want this product?  Well it's a very good water filter, and much more environmentally friendly than anything with a cartridge as the used bit of charcoal can be added to your compost.

But the main reason I thought it would be good to import bamboo charcoal is that it is one of the only things that can ACTUALLY take chloramines out of our water.  While we were away Victoria, and many other communities across North America, switched from purifying with chlorine to purifying with a chlorine-amonia combo.  The reason for the switch is because chloramines are much more stable than chlorine, and will stay in the water right until it reaches the user (chlorine evaporates).  My issue with chlormaines is that they are a known carcinogen.  Surely not in the concentrations used in our water... but I don't want to test that theory over time.  My other issue with chloramines is that their stability means that they aren't filtered out with a drip-through charcoal filter like Brita (or any of the more expensive products on the market), they aren't removed by a short boil, and they aren't filtered out by many of the expensive filters available on the market.  If you want to filter out chloramines, then you would have to read the fine print on your water filter.  (Most of my information found on chloramines in water is regarding aquariums, as it's toxic for fish).

However, acid will break apart the chloramine... but I don't feature floating lemons in ALL of my cooking water.  And activated carbon (charcoal) will bind the chloramines (though it takes an 8 hour period to do so, which is why it effective when a simple "on demand" style of charcoal filter won't work).  Phew!  Finding out all of this did take some research... and thanks to Claire's visit in May I now have a two-year supply of water filters!

The last two products require little explanation. I think that Bunalun's Organic Chocolate Covered Rice Cakes (and all the others in the line, though the dark chocolate-orange flavoured ones were my favourite!) would do well over here.

I also think that a product like Linwoods ground seed/fruit/nut meals would sell well.  We always have ground flax with our breakfast cereal, but in Ireland we would buy the flax seed with gogi berries because Nikolai liked the "pink-colour".  And I was also keen on the on the omega mix.  In the whole foods mecca that is the West Coast, I'm sure that there are many people who would sprinkle a few spoon fulls of various "super-food" combos on their morning cereals, smoothies or salads etc.  Now if only I were a bit more entrepreneurial!

The picture above is my laundry line draped across our deck.  The rest of the pictures are of some of the nice older homes on our street.  (Apparently our house MAY have clapboard siding hidden away under the ugly old stucco.) 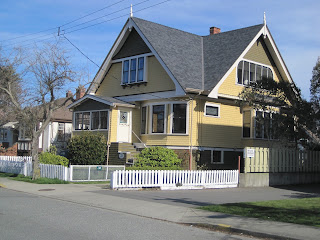 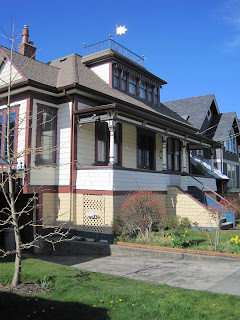 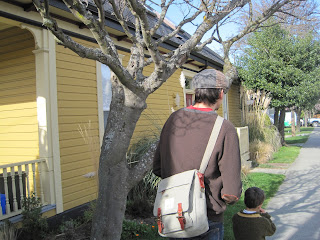 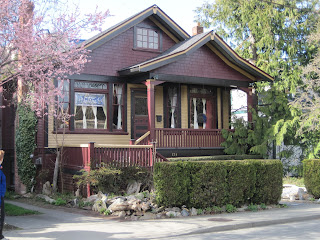 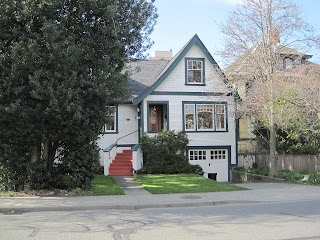 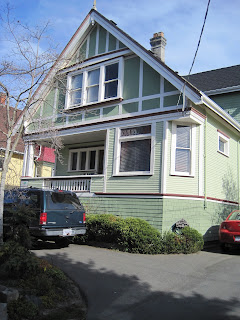 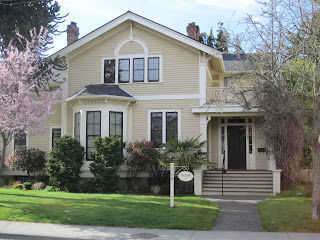 I too have been missing the Linwoods blends but am certain something similiar is here I just haven't found it yet! And I have been thinking of buying some Lyons tea online since I can't find it anywhere; I really miss it :)I can't wait to wear my AVOCA scarves again this winter and might even order another one because I loved the AVOCA so much!