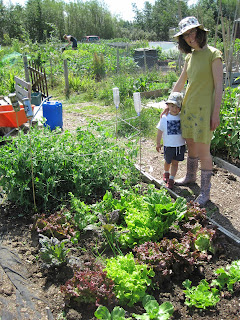 As we are soon finishing our fourth week on the diet, we've upped the ante to 8 weeks in total. Basically we've discovered that it's really easy to eat on this detox. However, we are still suffering from die-off whenever we increase our anti fungal regime; which clearly indicates that we're not done with the little fiends.

Now, I never touched on the subject of anti fungals in my last blog on the topic of yeast overgrowth; however, starvation is not the only way to kill off the armies of yeast, you can also directly attack them with anti fungals. Now you can go to your local pharmacy and buy off the shelf anti fungal creams, and you can go to your doctor to get a prescription for an anti fungal pill. But if you're not suffering from a massive yeast outbreak, then likely neither of those options will be open to you.

However, there are many plants that have naturally evolved anti fungal properties. Cedar is a good example... that stuff will never rot, as NOTHING can live on it! But I'm definitely not recommending that you eat cedar! That would likely kill you along with all your bacteria and yeast!

Lists of natural anti fungals abound on the Internet. However, in general there are two types of anti fungals....

1. Things that are anti fungal because they are fermented by bacteria (let the bacteria battle it out for space in your gut):
-yogurt (fairly obvious)
-buttermilk (only if cultured with lactic acid)
-cottage cheese (NOT paneer or any other kind of cheese... they are fungally based and bolster the yeast armies)
-sauerkraut and kimchi (if salt fermented... not vinegar)
-cultured cider vinegar (if it still has the mother)

2. Then there are the things that are anti fungal because they evolved to be that way. Again the list abounds, but we are partaking in the following:
-swede (rutabaga)
-oil of oregano
-garlic and onion
-coconut oil
-cinnamon

And of the things that come in tablets... we have taken a wee bit of grapefruit seed extra, simply because we own it. However, it's also antibacterial, so not particularly ideal. Really the only thing that comes in a tablet form that is primarily anti fungal is Caprylic acid. So that is our herbal drug of choice.

We hope to eventually get up to 1200mg of caprylic acid a day. Since caprylic acid is just found in coconut oil and breast milk (which is why breast milk doesn't really go off that quickly) any suffering is likely due to die off rather than a side effect of the oil. The only trick when taking caprylic acid is to choose one that has caprylic acid in the form of calcium and magnesium, so that it isn't digested before it making it to the area of interest... your gut.

So, what have we been eating? Well, EVERYTHING savory that you normally love.

As for sweet... well that's been a bit tricky, since stevia isn't legal in the EU (maybe soon?). Now you may imagine that all those alternative sugars like fructose, or agave would be candida friendly? Well, though your body can't digest them (making them a low sugar option for your diet) the yeast in your gut would still be able to thrive on them. There is a product, ominously called xylitol that is available in the EU, and is a candida unfriendly sugar... but I've yet to invest in it. It's just too unnatural for me, as it's a fairly complex process to extract this sugar from birch, or plum skins etc. However, I might treat us to some now that I've exhausted my search for the more natural stevia sugar.

Anyways, I'll finish the blog off with my diet friendly, and very tasty recipe for Soda Bread. It's so easy that Nikolai assumes the role of Head Chef whenever we make this bread.

I take this bread and make it mine in so many ways:
-We love adding seeds to the wholemeal version, (A half cup of pumpkin, poppy and sunflower inside, then top with a sprinkling of sesame).
-One tsp of lemon zest, 2 tsp of freshly ground black pepper, 1 tbsp of chives and 3/4 cup of cheese (reserve some cheese for topping)
-One sauteed onion, with 2 tbsp of rosemary and 3/4 cup of cheese (some for topping!)

The combinations are endless!

The picture is of Nikolai and I at our allotment! As you can imagine, we've been giving lettuce away to absolutely everyone! 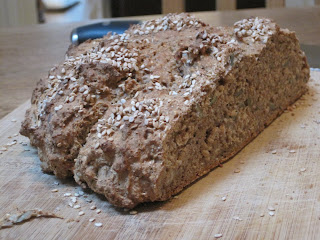 Your lettuces look yummy! Why the beer cans for the peas?
XOXO Mom

The beer cans keep the crows and rooks from stealing food and pulling up sprouts.

Love all the diet info, so interesting! Finally made some soda bread that turned out good! I am convinced it is due to using spelt flour, thanks for the recipe!