The season of the dead and fire 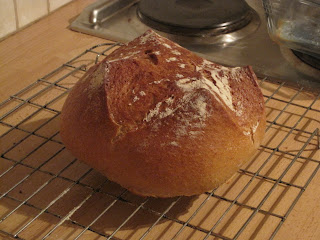 Like most "pagan" holidays, Halloween has been adopted into more modern celebration and ideologically less "pagan" holidays. (Other famous co-opting of pagan holidays would include turning the winter solstice festivals into various religious festivals, and the celebrations around the coming of spring). It seems natural with the change of Fall into Winter to celebrate the dead, which is so apparent as all the plants wither into hibernation and seeping cold penetrates through the endless fog. Halloween, in it's essential heart, is an expression of fear of the death of crops and the coming struggle to survive winter's barren larder. Thanksgiving has a similar heart, but it has been spun into a more optimistic celebration of harvest and summer's end.

In Ireland, the Catholic Church celebrates All Souls Day around the first of November. All Souls Day involves a series of Masses to remember those that have died in the past year. Beyond simply involving an extra-long Mass at the local Catholic Church, organizations will also have Mass for the dead. As one of the graduate students in Brad's office passed away earlier this year, the Hamilton Institute will join NUIM in a mass for the dead on November 9th. The local GAA club will also be holding a Remembrance Mass.

Remembrance Day, which is primarily celebrated in the British Commonwealth to remember those that have died in war, takes place on November 11th, as it marks the official end of World War I. And the choice a bleak November day probably aided in the maintaining the date of November 11. It would be hard to have a somber thoughtful day, if the bank holiday was at the end of June. Of note, Remembrance Day is a date which divides those in Ireland, as it is associated with British Troops, so even though the Irish fought in WWI... they would have been fighting for the British.

The British do not celebrate Halloween (at least they didn't when I lived there as a nanny). So, I'm sure it was a slight bit of Halloween envy that assisted in the creation of Guy Fawkes Day. Guy Fawkes Day is very Halloween-ish in feel. It's a children and teen based celebration involving treats, fireworks and a big bonfire (no costumes or carving... but that might constitute a Halloween copyright infringement). Guy Fawkes was caught on November 5th a long-time-ago sitting under the Parliament buildings with a big stash of explosives. He was caught, hung and the Parliament was saved! So let's celebrate! It makes perfect logical sense (though perhaps it's a bit deranged if you think about it too much) why the bonfire involves burning an effigy of Guy Fawkes. However, bonfire night also often involves burning an effigy of the Pope (perhaps it is more a full-blown Halloween jealousy that bolsters the popularity of Guy Fawkes Day). Though rest assured everyone... in modern day the burning of the Pope's effigy is more just a celebration of a "quirky tradition" than an expression of anger towards the Pope. So relieved to know that religious tensions wont be celebrated by such a quirky tradition.

Well that sums up my round up of the Season of the Dead holidays from this side of the ocean. I don't really have a good photo to celebrate the dead... but bread rhymes with dead... so the pic is of Brad's bread. The void of rustic bakeries in town has inspired Brad to practice.

His favorite recipe at the moment can be found here.
Posted by Emillie at 11:25 AM