In defense of public health care 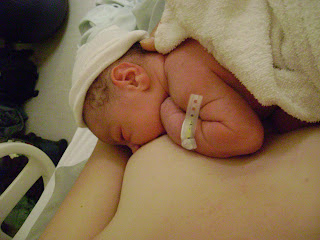 This week I went to a La Leche league meeting; yes, the world-wide lactivist organization. The meetings I went to in Victoria were basically a social time for Nikolai and myself. In Ireland, the La Leche league seems to be providing the same role as doctors, nurses and midwives in Canada... giving postnatal support and advice to breastfeeding mothers. For example, one new mother was finding that her 15 day old infant was feeding a lot (I kept track one day early on and realised that I spent a full 8 hours in 24 nursing Nikolai. Thank god for the side-laying position!). Anyways this poor Irish mum was told by her doctor to spend only 10 minutes nursing on each side, then give the baby a bottle if it was still hungry! Hum... a fairly different view of breastfeeding is provided in Canada. And in case you're expecting and on the fence about your breastfeeding superpower, check out what Dr. Sears has to say.

Anyways, this leads into the topic that has been niggling at my brain, providing the only stain on my otherwise idyllic time in Ireland... Health Care....

Well I know that the Health Care Debate of late has been a topic at the forefront of American politics this spring... but I won't comment on it at all because I definitely know less about the topic than most of my followers from the USA. I can; however, use my experience in the Canadian health care system (as a patient and a health care planner) and the Irish health care system as a strong defense of the public health care system in Canada.

In general, Canada primarily has a publicly funded health care system, where everyone gets equal access to health care, doctors, hospitals etc. The general Canadian public has the nagging sensation that our health care system is "broken". Likely because we're always being told that it's "broken" by the media following a story about someone who didn't get the care they wanted/needed.

However, providing good health care is very, very difficult. It requires a blending of the physical and mental sides of an illness. The provision of health care also needs to take into account everyones individuality (eg. whether someone will access the system for very minor problems, versus someone who has to be practically dying before they go to see a doctor... ahem...). Canada has a huge geography with a low population density and yet most people from rural centres do not suffer greatly from the lack of access to care. Probably the number 1 complaint would be long waiting lists for surgery, or to see a specialist. I think the problem is not the length of the waiting list, but rather that people expect to see a specialist right away for something that is not life threatening. (You show up into the ER with a life threatening condition they will kick people out of beds in order to see you.) I could go into the tedious details about programming hospital space and workloads... but suffice it to say that in general hospitals are designed to fit normal workloads, so if you show up to the hospital with a ruptured appendix (ahem) and there's been a massive car accident require all 7 operating rooms to be in use you may have to wait a few hours to be operated on.

Ireland basically has a private health care system (though I believe that they would say that they have public health care system). Everyone pays to see a doctor, to see a specialist etc., and if you have a low enough income you get a medical card entitling you to free care. If you need to see a specialist or go to the hospital, etc. you can go through the private system (speedy delivery - though stories of wait times and quality of care sound worse than Canada despite the private expense), or the public system (apparently even prenatal check ups could require hours of waiting). Last time I went to see Dr. John he went off on a tirade about the wait times in the public system, as an example he had a patient with a worrisome mole who would have to wait 6 months to see dermatologist (for comparison, Brad waited 4 months to see a dermatologist about his relatively minor eczema).

I think the inclusion of private health care in a public system automatically means that the system as a whole no longer meets the needs of the people (whether they are receiving medical care though the public or private systems). !!!***Here's where the Canadians need to take up their pitchforks in defense of the public system against Gordon Campbell and Stephen Harper's flirtations with a public/private system***!!!

Having a private component to the health care system means that health care becomes a commodity that is equal to any other in the corporate world. All of a sudden, doctors are getting kickbacks for referrals for expensive procedures, medications and infant formula. However, there is no incentive to provide GOOD health care that treats the person as a whole, rather than just a symptom. In a private system, people only go to see their doctor because they need a particular symptom looked at, while in a public system my doctor would worry about my stressors, my weight and how Nikolai's developing emotionally, not just my sluggish thyroid. And to tie this rant off in a nice circle... voila, the importance of breastfeeding in preventative medicine!

On that note we leave for Turkey tomorrow!!! I clearly need a vacation... however, to quote Modern Family "this is not a vacation, it's a business trip"! But at least this business trip involves beaches ;-)
Posted by Emillie at 8:51 PM

Emillie, this is brilliant!!! My thoughts, only verbalized in a way I never could. Bravo! I'd like to see this published in the Vanc Sun.
Have a wonderful time in Turkey. Love Diana W. xoxo