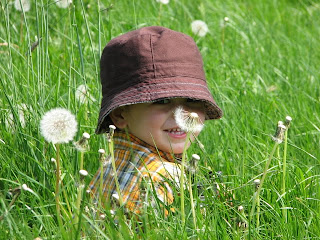 Today I could have blogged about some more interesting Irish facts that I have been collecting up, but instead the weather is dreary, and my mind has been filled with some rather dreary facts. Basically, I have been listening to RTE since we arrived in Ireland. And I have been living in a blissful world where bad news is skipped lithely over as we move on to our topic of the day: Eurovision song contest. Anyways, this week I decided that perhaps listening to BBC might help me keep up on current topics. And now I'd like to find a pile of sand and stick my head in it like an ostrich (do they really do that!?!)

The thing is, as soon as you turn on. and tune in, you realize that the world is mad. So mad in fact that it's quite likely the other sentient beings in the Universe have actually cordoned off this part of the galaxy to prevent our insanity from getting out. So now I am in that terrible conundrum of do I go back to my happy world of RTE, or do I listen to BBC and harden my shell to the likes of BP oil, North Korea and the continuing economic woes (oh, but they say that THIS quarter things are DEFINITELY going to start improving-- as if the consumers who drive the economy would actually BELIEVE that after having been told exactly that over the past two years. Thanks to Fabulous Fab for taking the hit, as if a 28 year old could be responsible for the decade of fiction that was eventually realized to be only a fraudulent version of reality.).

So where does 2012 fit in? No, I didn't go see the movie; poorly rated action flicks just aren't my cup of tea. However, I was invited to a talk on preparing ourselves for the 2012 energy shift. Thinking that it was all about developing renewable energy for the future, I was very excited. Upon googling the 2012 energy shift, I learned that we're either up for WWIII and the end of the world (where's that pile of sand!!!) or a dramatic shift of energy as we enter the Age of Aquarius (cue the music and naked dancing). And I would have left it all there if I hadn't starting listening to the blasted BBC radio this week. Here's hoping for the Age of Aquarius!!

And on that note, we will be going for a 2 week detox-cleansing diet in preparation for our trip to Turkey. Basically, Nikolai ended up with a yeast-infection diaper rash this week (well, he's had it for weeks, but I thought the rash was from teething. This week when it got much worse, I took him to Dr. C and got the real diagnosis... vinegar in the diaper load! I actually bought some disposables too, because keeping yeast out of cloth diapers can be a b***h), and Brad and I have been suffering from various illnesses all spring so we probably all need to clean out our system. I know illnesses are a part of life with a toddler, but I'd like to have us all healthy and smiley for our trip to Turkey. Then we don't have to worry about the number of Turkish Delights we're consuming. The picture above is meant to lighten the tone of this somewhat dreary blog post. Wouldn't it be nice if everyday involved sunshine, long grass and dandelions.
Posted by Emillie at 7:05 PM