Why I Love Maynooth 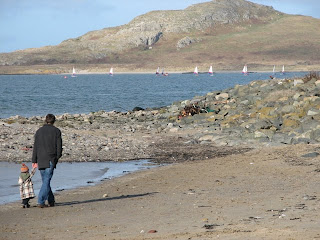 I love living in Maynooth. A long time ago the British Geraldine family decided to make Maynooth their home. There wasn't much in Maynooth at the time, but the Geraldines were influential enough to have a certain amount of infrastructure brought to the town. The Royal Canal was literally built just because Lord Fitzgerald wanted canal access to Dublin. There are the two estates, Maynooth Castle and Carton House (built to replace the Castle). But the grandest piece of infrastructure is St. Patrick's college (the seminary), which was and remains Maynooth's only real industry.

Maynooth exists in it's perfection because all the students from NUIM support the town financially and provide a certain vibrancy to the town. As a result Maynooth has everything one could possible want in a town. Naturally it has all the shopping, library, schools, (including two health food stores, bookstore) etc that a town needs. However, unlike many North American towns, all of these amenities exist along the main street and provide for a very "walkable" shopping experience. As a result there are buskers' out serenading the town with their accordions on every sunny day. We have a farmers' market on Saturdays, and there is a very active "Keep Maynooth Alive, Shop local" campaign. The student population assures a healthy number of pubs and one night club (built as a ball room in the 1780's).

Maynooth has a branch of the Gaelic Athletics Association, which provides recreation for adults and children alike, as well as professional level teams (Nikolai attends a playgroup there). All sorts of other types of recreation are provided for in the small footprint of this town. Brad has joined the cycling club, I'm taking pilates and Nikolai's been doing music and art classes. Maynooth has St. Mary's Band, the Musical society puts on plays, the library has a monthly movie theater night, the town produces it's own newsletter, and has a very active Tidy Town Association. Caught up in the trill of my new, retro 1950's life, I attended one meeting of the crafter's guild and realized I was far too young.

And though the students do break bottles and litter during their Saturday night parties, at least they are polite enough to stay out of the playground. What's more, they are all mature enough to use sidewalk chalk to leave drunken messages (rather than graffiti) and I never have to worry about needles. (The blight of Vancouver's beautiful playgrounds).

Oh, and about the pictures... not Maynooth! Yesterday we spent some time in the fishing village of Howth, just outside of Dublin. A quick and easy day trip that we will probably do with all our visitors.
Posted by Emillie at 1:04 PM